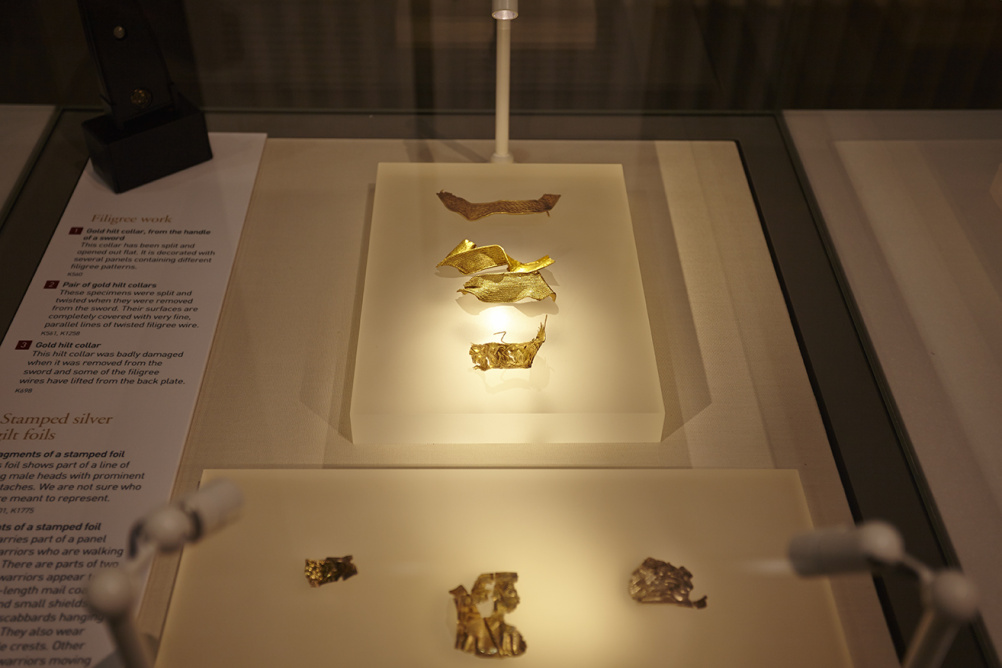 The Staffordshire Hoard was found in a field near Litchfield by amateur metal detector Terry Herbert. It comprises fragments of fine gold and silver decorative metalwork apparently ripped from swords, shield and helmets and then buried between 650 and 670AD.

The hoard is valued at £3.29 million but is broken up into tiny fragments. 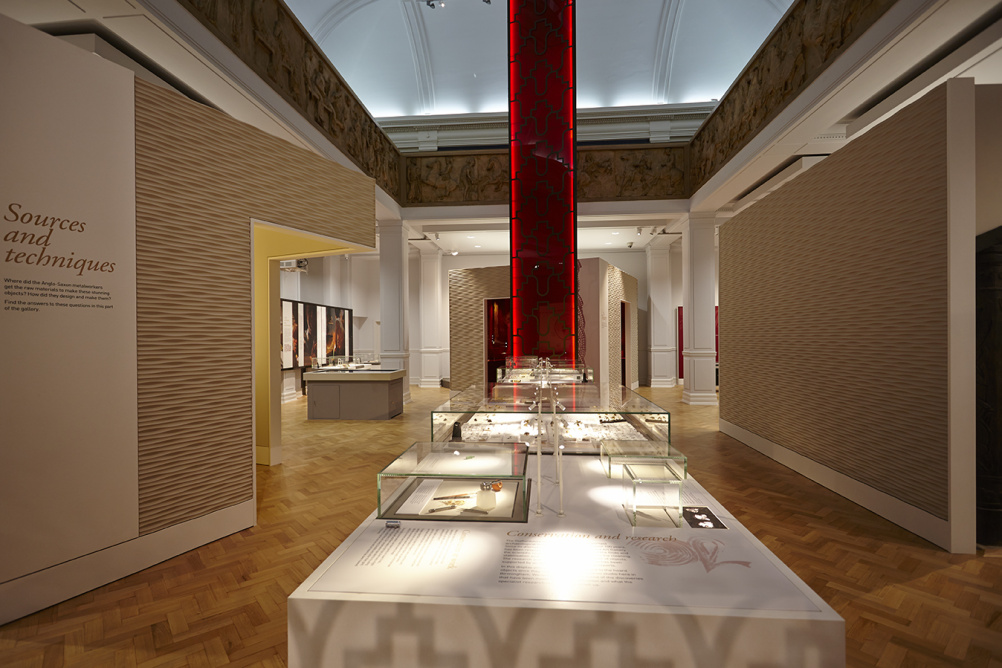 Real Studios director Yvonne Golds says: “People come with the expectation of treasure but the pieces are tiny. What we have done is focus on the mass of the find and place the conservation story central to the space.”

The centrepiece of the exhibition is a large white “conservation table” where fragments of the hoard can be laid out. 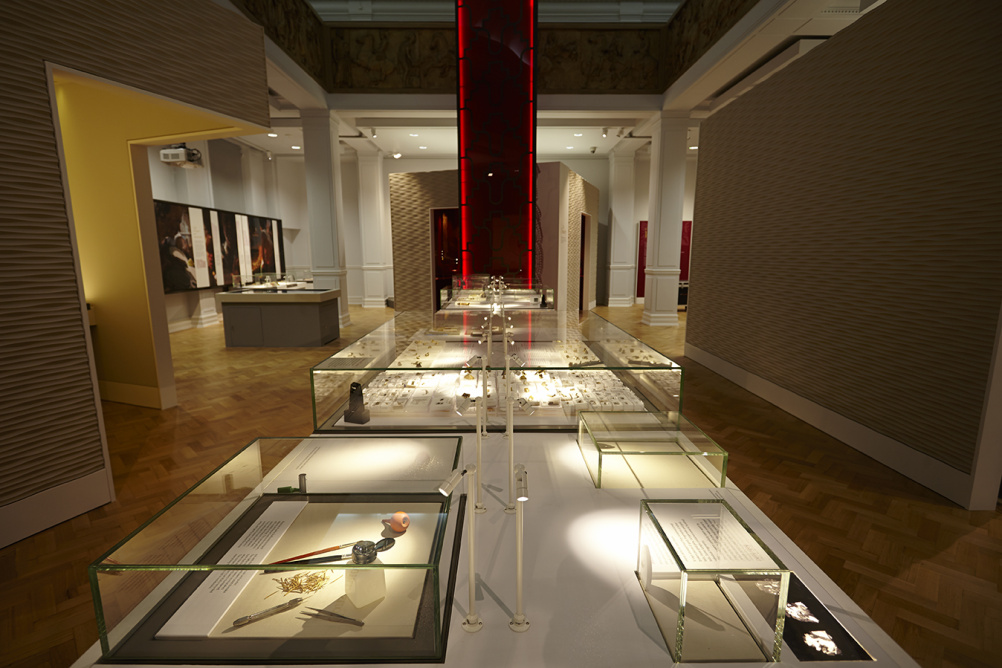 Exhibits are grouped according to their materials (gold, silver or horn); the likely usage of the objects and analysis and categorisation by conservators.

Captions tell the story of the cleaning, logging and categorisation process and key hoard pieces are placed alongside whole replicas, together with a real Anglo Saxon sword loaned from the British Museum. 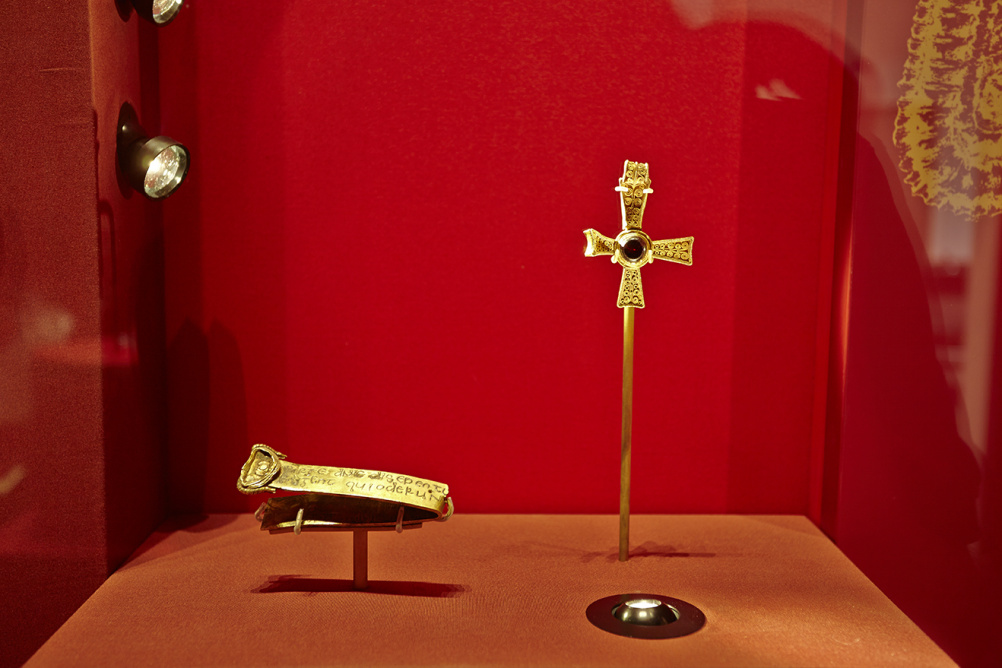 Around the table, Real Studios says it has aimed to organise a “rhythm and variety” to the displays, allowing visitors to “zoom in and out” of different aspects of the story.

Three freestanding enclosures act as “microscopes” to focus on different aspects of Anglo Saxon life and culture, while a “jewellery box” structure highlights the craftsmanship of the best pieces. 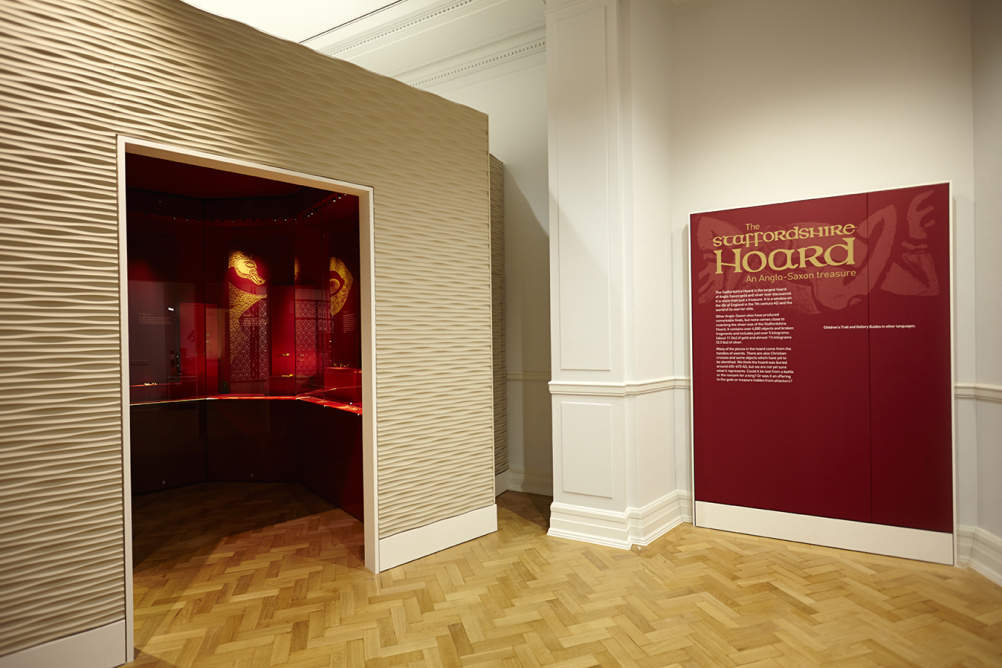 Staged models demonstrate craft techniques while a replica of a Mead Hall shows where the Anglo Saxon aristocracy would have feasted. This is complete with sound, allowing visitors to hear English as it would have been spoken at the time.

A large, illuminated lightbox stretches up from the end of the conservation table. It features cloisonné patterns that reproduce decoration found on some of the hoard pieces, against a glowing red background. A screen at the entrance features a fretcut metal pattern inspired by one of the garnet pieces. 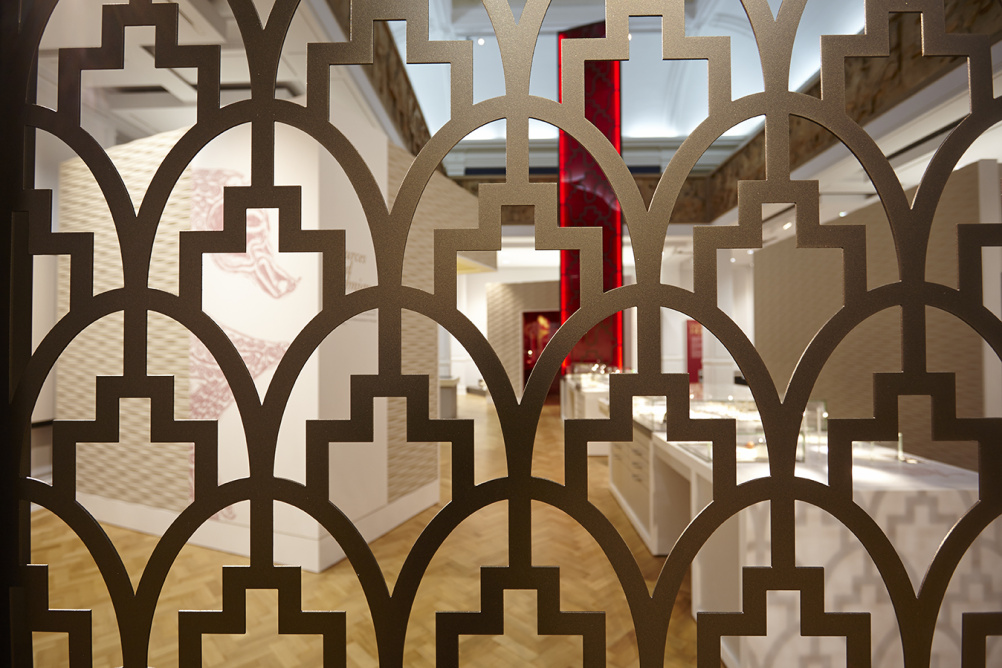