The show focuses on 25 high-profile women from politics, business, culture and fashion who have personally contributed outfits and interviews to the show.

The exhibition examines how these women have used fashion “to define and enhance their positions in the world” according to the Design Museum. 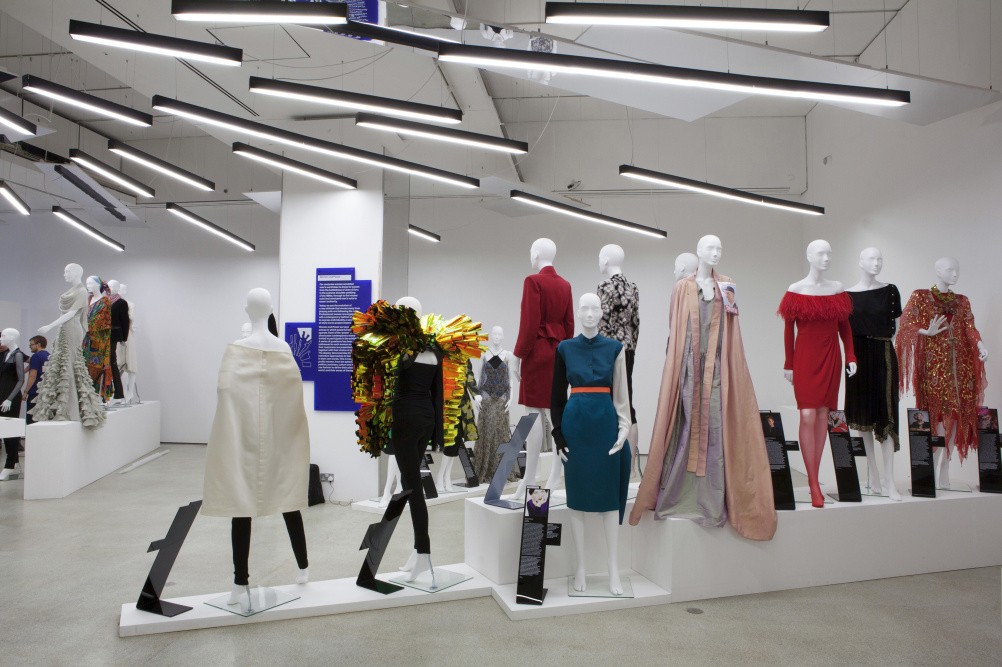 Zaha Hadid Architects’ design is structured around two central hubs or “explosions”, one holding an exploratory fashion timeline and the other the Arena of Power, which focuses on the 25 women.

The explosion concept is an evocation of the power and energy of fashion and Hadid’s practice says: “Each fragment of the explosion is employed as a mode of display” highlighting both individual pieces and a sense of cohesiveness.

Suspended mirrored panels “accentuate the sense of fragmented energy” and forge connections between the displays. 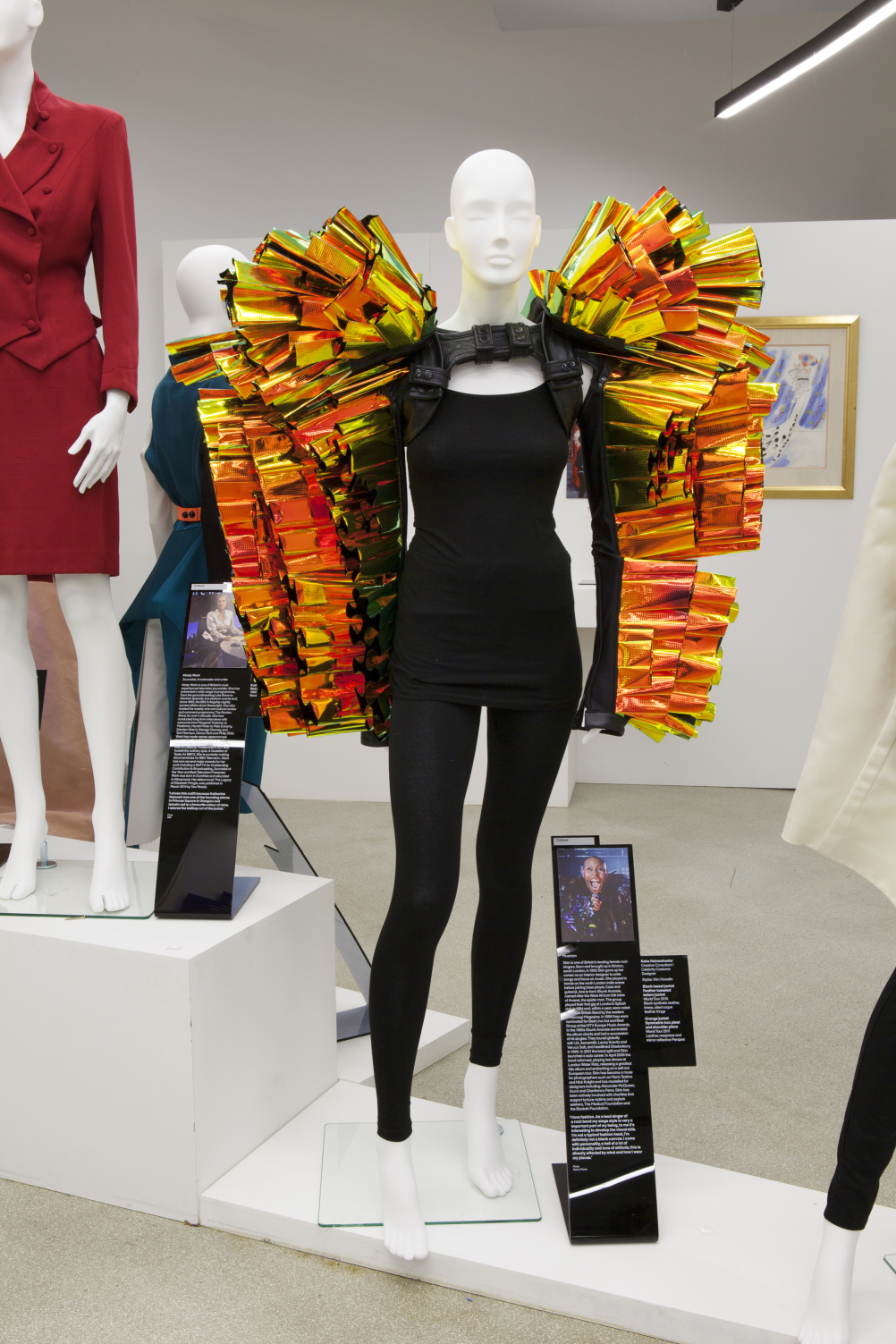 ZHA says: “Thus, visitors experience the exhibition akin to how we experience fashion on a daily basis – as an endless series of visual fragments, each one communicating the distinct personality and desires of the individual, yet collectively defining a visual language that embodies the ideas and attitudes of their time.”

Clothing, photography, archive footage and interviews have been used to tell individual fashion stories in the Arena of Power and Hadid has worked alongside co-curators Colin McDowell – a fashion expert and commentator – and Design Museum head of curatorial Donna Loveday across the exhibition. 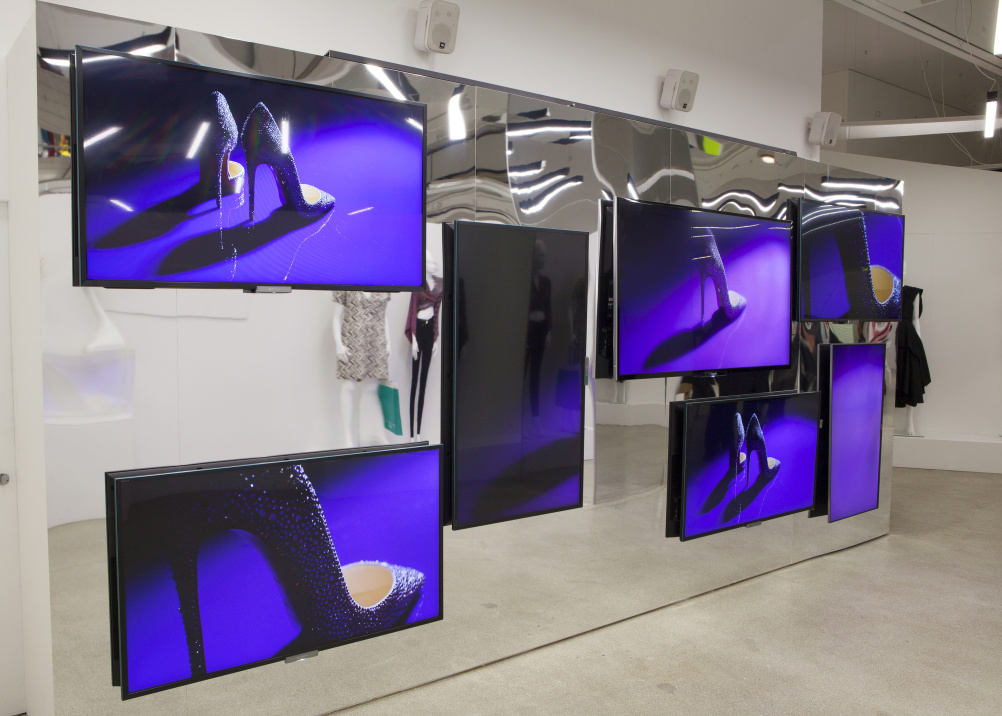 Loveday says that all of the women in the exhibition were chosen as they are “leaders in their field” and that “they understand the clothes they wear are part of the way they communicate with the world”.

The exhibition also examines the last 150 years of women’s fashion as an immersive visual timeline, taking visitors on a journey “from the restrictive bone corsets of the 19th century to the statement Louboutin heels of today” the Design Musuem says. 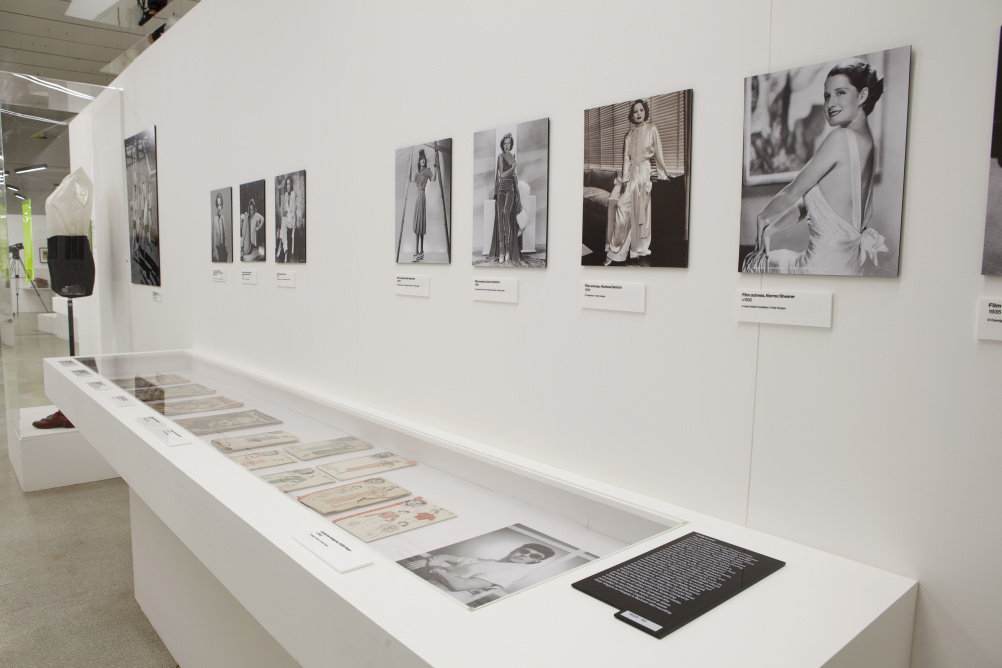 Hadid is also one of the subjects of the exhibition and features alongside the likes of Liberty director Shami Chakrabarti, director of the Serpentine Galleries Julia Peyton-Jones, fashion designer Roksanda Llincic and founder of Net-a-Porter Natalie Massenet.

The Design Museum says that Women Fashion Power asks whether it is time to reassess the role of fashion in the public sphere – “not a frivolous distraction, but an essential component of the working woman’s toolkit”.

Under-threat Kemistry Gallery aims to come back bigger and better