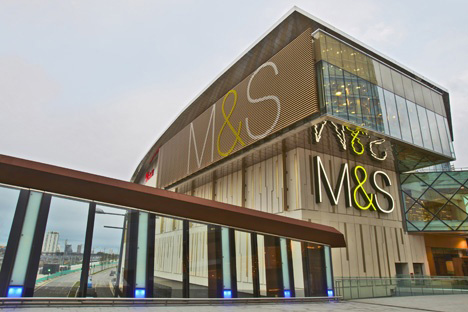 The pilots are part of M&S chief executive Marc Bolland’s three-year strategic plan for the business, which he announced in November 2010. A further 13 stores will roll out the new concept by October.

The roll-out comes as part of wider plans to tailor individual stores to their area and shopper demographic. It has been reported that the initial pilot stores will be branded ‘family first’ branches, placing a greater emphasis on kidswear.

The site-specific concept will then be reviewed before Christmas, and it is hoped a further 80-100 stores will adopt the concept by March 2012.

An M&S spokeswoman says that the overall strategy will see greater segmentation between branches and more emphasis on M&S sub-brand identities, in order for customers to better navigate the stores and ranges.

The redesigned High Street Kensington branch has seen a bakery and deli section introduced to the foodhall, and more ‘prominence’ given to own-brand food, with clearer packaging and labelling, according to the spokeswoman.

The store’s first floor has been overhauled to create better differentiation between clothing brands. The Per Una range has greater emphasis on its ‘feminine’ qualities; while the Limited Collection is presented with a greater ‘catwalk’ focus on mannequins, according to the spokeswoman.

M&S declined to say whether or not it was working with external consultancies, though the spokeswoman says much of the design work has been carried out in-house.