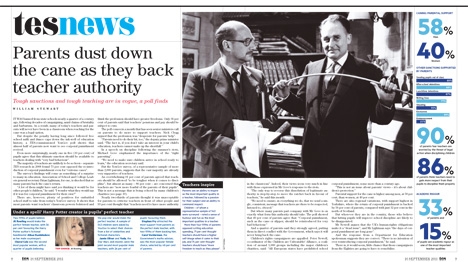 Stout, who worked on the project with TES creative director Alex Morgan, has also created a new identity for the TES, using lower-case text and developing the serifs into coloured graphic devices.

The TES, which is aimed at teachers and those working in education, was originally published by The Times. It is now run by independent publisher TSL Education. The title was last redesigned by David Hillman in 2006.

Stout says he was appointed to the work in April, having previously worked with TSL Education chief executive Louise Rogers when she was publisher of US title Guitar Player Magazine. He says, ‘The distance hasn’t been a problem at all.’

Stout says, ‘We redesigned the publication, which was more of a newspaper than a magazine, to be more lively and entertaining while at the same time keeping its journalistic integrity.

‘The new format is designed to be flexible and more effective at communicating to its unique constituency.’ 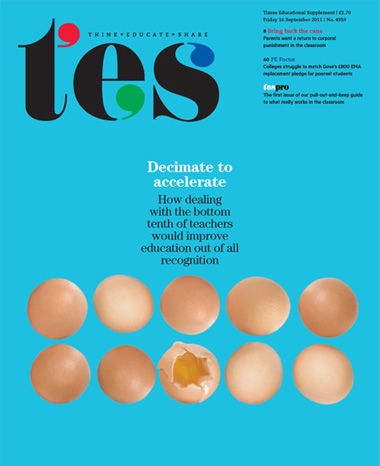 The new design features a front news section, which Stout says has an emphasis ‘more on analysis of the news and current events as opposed to trying to break news’. The middle of the magazine features a lengthier in-depth cover story and the bound-in TES Pro magazine.

This is followed by a resources section, a comment section, and an FE Focus section. The magazine is published with a newsprint jobs supplement.

The Century, Caecilia, Metric and Eloquent fonts are used through the magazine.

Of the redesigned TES identity, Stout says, ‘The [previous] all-caps logo seemed a bit formal and corporate to me and too much like an acronym, which is what it was to begin with. Going to lower-case makes the word TES seem more personable and friendly.’

He says the coloured serif graphic devices ‘resemble thought or dialogue balloons, symbolising the conversations and ideas generated in the publication, and commas or apostrophes, representing the magazines writing and journalistic excellence.’

TES editor Gerard Kelly says, ‘We appreciate that not many publishers are investing in print at the moment, but we believe that there is a space for iconic design and a professional, sophisticated publication for the right audience.’