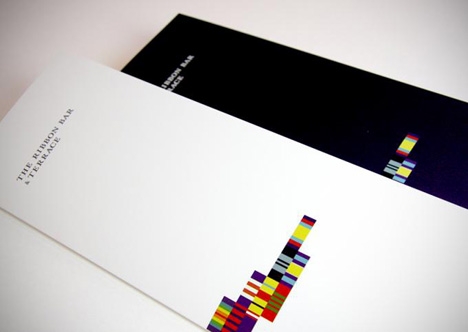 The bar has been renamed as the Ribbon Bar, to reference military campaign ribbons.

The consultancies entered a three-way pitch around a year ago for the project, with The Plant creating graphics to be applied across menus, crockery, uniforms, signage and other collateral, and Stiff & Trevillion redesigning the bar’s interiors.

Matt Utber, founder of The Plant, says, ‘They wanted to create something to attract younger people. Their market is getting older, so they wanted somewhere with a more vibrant, bistro atmosphere – more like Soho House than a stuffy Mayfair gentlemen’s club.’

The Plant’s graphics are based on the colours and image of the military ribbons worn by servicemen as decorations for particular military campaigns.

He says, ‘It’s very clean and really elegant, but with a sense of warmth.’

The Ribbon Bar will open on 29 September.