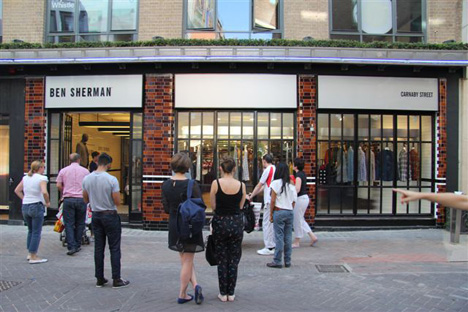 The Other Media has now been appointed to overhaul the brand’s digital presence, following a four-way credentials pitch held last month.

All of the projects have been driven by the retailer wanting to position itself as a high-end brand, through an ‘elevation strategy’ – typified by its Plectrum clothing collection – according to a Ben Sherman spokesman.

A holding site currently occupies the Ben Sherman URL as the old site was turned off when the brand overhaul began.

The Other Media is working on a replacement which will provide ecommerce and show brand properties including look-books and company history.

Bill Galloway, creative director at The Other Media, says customers will be able to filter products by style and plans are in place to reflect the Brinkworth retail concept, where a counter manned by a ‘shirtelier,’ (shirt expert) has been integrated.

Galloway says, ‘We want to reflect that online in some way; show what fit you can have, and make recommendations based on preferences, taking the brand presence from the high-street.’