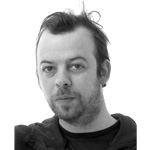 ‘“Nothing beats the great smell of Brut,” Kevin Keegan, c.1977. Brut Original was the first deodorant I ever bought instead of using whatever I’d been given. In the early ’90s Gazza used to advertise it and I’m a Spurs fan. Trouble is, the first time I sprayed it on, my Mum made me wash it off! Stage one, hire Mum as a perfumer, and look at the green bottle that still has that old-fashioned barber-shop look to it, but not in a retro “cool” way. I think it deserves another chance. Et tu, Brut?’ 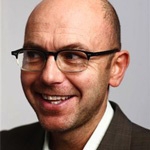 ‘It would have to be Bukta. All my school aertex sports tops were from Bukta and whenever I come across anything Bukta in a charity shop I snap it up and stick it in our museum The land of Lost Content, because “one day”! Bukta is in that wonderful position in that there are few folk who will have heard of it or remember it, yet it has a wonderful British heritage in areas that are perennially cool  – the outdoors , camping, football , rugby and racquet sports. The brand still exists but judging by their website they don’t really get product-wise or visuals-wise what it takes to mine a rich seam. I want to resurrect Bukta coolly and resurrect it now.’ 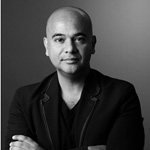 ‘I would bring back the Adman Grandstand games console because we need more retro ornaments in our homes. When George and Mildred’s neighbours bought a Grandstand game for Christmas there were worries that television audiences might drop, with more people using their TVs to play video games instead. Granada TV said “Who’ll be watching Coronation Street in 1984?” and expressed concerns their advertising revenue might be at risk!’ 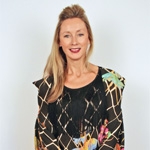 ‘I think of the ’70s and hear the Bay City Rollers ringing in my ears, I’m eating space-dust, wearing my favourite Starsky and Hutch T-shirt and watching Crackerjack on TV – little did I know I’d later work with someone who played a starring role! But the one fantastic product brand I’d love to see back on the street would be the Chopper Bike. It was revolutionary and changed they way we thought about bikes forever. The gears, the seat, its bold design and branding – even a space for your friend to hop on too. I was also recently pleased to see it given its place in history at the new Zaha Hadid Riverside Museum of Transport in Glasgow. It’s a classic ride, has bags of character and would stand its own on the street today… I’m sure kids of all ages would want one. My only regret is not keeping mine.’ 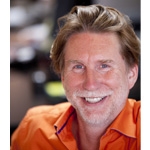 ‘1970s brand? Clearly Bowie. The tale of Ziggy Stardust is as prescient as ever. Side one, track one, opening lines of Five Years, “Pushing through the market square, So many mothers sighing, News had just come over, We had five years left to cry in…” It would be nice to think we can gradually work back up to Golden Years, but I fear we’ll go straight to the Low period. Not that I’m thinking about politics at all. Boys Keep Swinging? Look Back in Anger? Scary Monsters (and super creeps). Oh stop me now…’

Bike to the future

Just the flip side of the wall