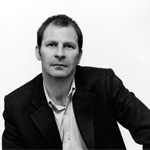 ‘Pioneers of Modern Typography by Herbert Spencer, published by Lund Humphries, London 1969. For a graphics student at the dawn of the ’80s there was precious little available graphic design literature apart from the generic D&AD annuals and the occasional book on album cover-art. As result of this dearth I probably won’t be alone in my generation associating this book as key touchpoint to my development as a designer. In this book, Professor Spencer tells the story of the birth of modern typography in the first half of the 20th century through the portfolios of ten seminal designers associated with the avant-garde. It is a treasure of “concrete” graphics and exemplified the potential of what great art you could visually construct with letter forms alone. My edition was in a simplified format and colour range but my tutor at the time, the eminent typographer Brian Grimley, had a copy of the orginal edition featuring different paper stocks and special inks which we all coveted like the crazed converts we became under his tutoring.’ 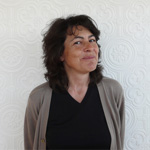 ‘The most exciting design book discovery for me was Printed Matter by Karel Martens. I happened on it accidentally. I had no idea who Martens was, but it was the most amazing book, not just in terms of content, but the soft cover, French-folded pages and the precision of printing less than a millimetre from the edge of the pages was so inspiring. It made me realise that anything is possible, even within the confines of apparently limited materials. It just takes a rare combination of skill and audacity. Other books that have influenced me include: Roget’s Thesaurus, Designing Books by Jost Hochuli and Robin Kinross, The Dictionary of Visual Language by Philip Thompson and Peter Davenport and The Encyclopaedia of Typefaces by Turner Berry, Johnson and Jaspert.’ 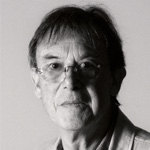 ‘At college it was John Lewis’s Collecting Printed Ephemera, the history of printed bits of paper in one book; but a book from early childhood first caught my imagination. We had an early copy of Alice in Wonderland – green cloth cover-blocked with a drawing of Alice showered with playing cards, and inside, Tenniel’s illustrations – great. But what fascinated me was the mouse’s tale, a picture made from type. Words making a picture – and an introduction to surrealism.’ 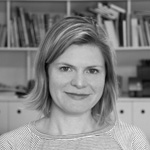 ‘There are so many books and magazines that I’d have to save in a fire – I’d need a wheelbarrow on hand. Smile in the Mind is a good one and Paperworks by Williams & Phoa. Publications I refer to again and again are my Eye magazines, an Ed Ruscha monograph called Cotton Puffs, Q-Tips, Smoke and Mirrors, old type collections and my Ladybird books (especially the People At Work series). Have I read them all? No. But they have lovely pictures.’ 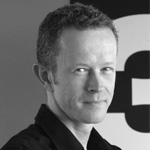 ‘The first book I ever read on Design was Milton Glaser’s Graphic Design book when I was still at school. Initially it was his illustration skill that attracted me (He is a designer who can actually draw!) as I wanted to become an illustrator, but then I discovered his refreshing, simple, but really intelligent problem-solving and that opened up a whole new world of graphic design to me. I think it had a bigger effect on me than anything else since. I just knew that was was I wanted to do and it changed my mind completely.’