When installing hoardings property developers generally choose to show CGIs of completed homes with joyful families outside on an impossibly sunny day.

Abrahams’s more inventive approach is the result of a collaboration with 12 writers, who took part in the Dark Angels Masterclass at Merton College Oxford.

The writers each penned one line at a time before handing the poem on to the next person. Each writer was allowed to use up to 34 characters and had to base each line on the theme of ‘home’ while starting their line with the same word that finished the previous contribution.

The lines are then rendered in a changeable design based on perforations in the hoardings, which can be filled in to create different words. 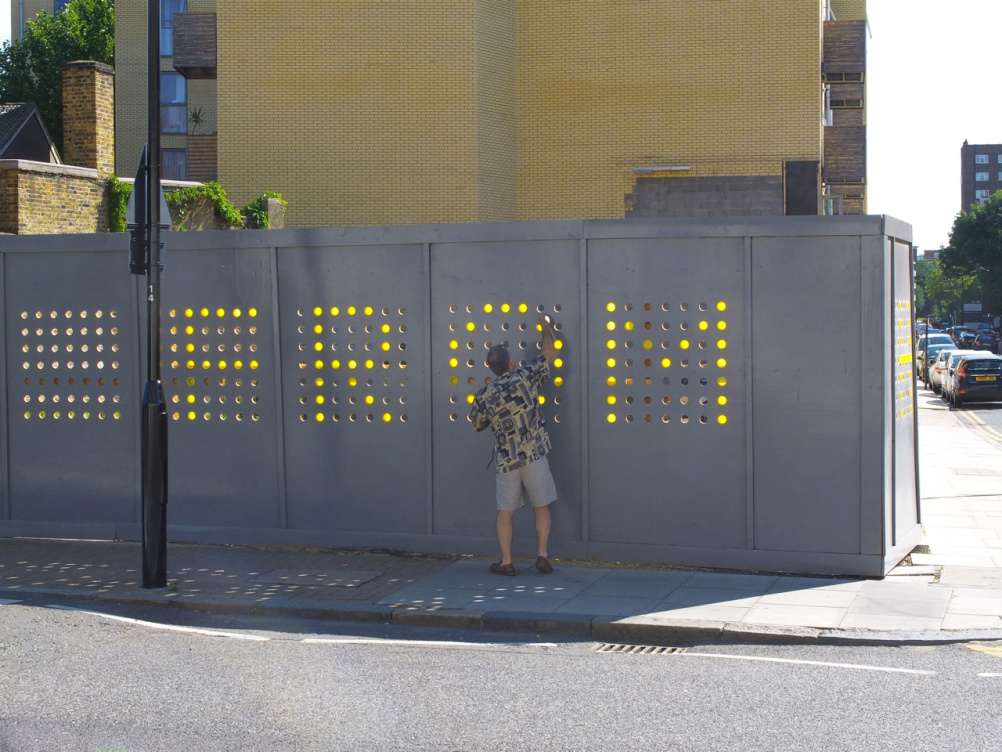 The design will evolve over the course of a year with a new line being revealed once a month.

‘It’s a wonderful writing challenge – to create a real poem that serves a commercial purpose’, says John Simmons of Dark Angels, who has written the first line: ‘Home opens up your own vision of possible.’

Abrahams says, ‘The hoardings have a job to do during the construction but it’s also a great opportunity to communicate with the public. People walking past want to have a closer look – we are all curious or nosy, hence the pattern of holes along the hoarding.’

He adds, ‘And by filling in some of the holes we could make patterns or letters, which was neat and lo-tech – so for people driving and cycling past, we will entertain them throughout the whole construction period.’ 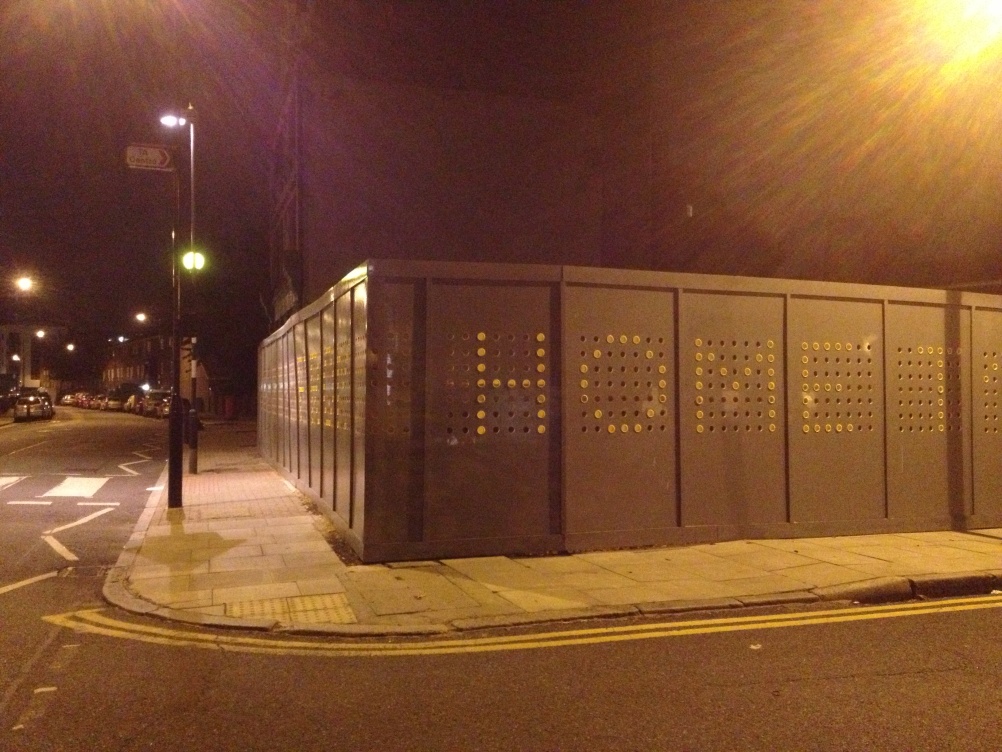 The property is a new residential development by Solidspace, designed by Jaccaud Zein Architects, due to be completed in December 2014, sited at 100 Shepherdess Walk, London, N1.

How to be proactive with clients