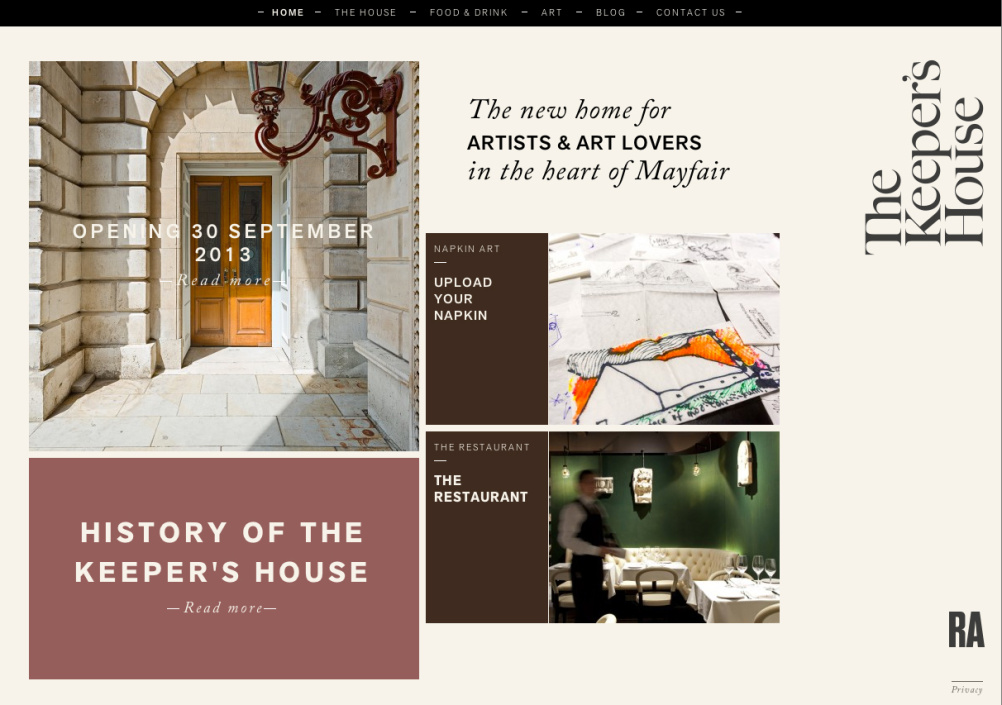 Kent Lyons has designed a website for the space which is an extension of Burlington House created over 140 years ago for the Academy’s keeper. 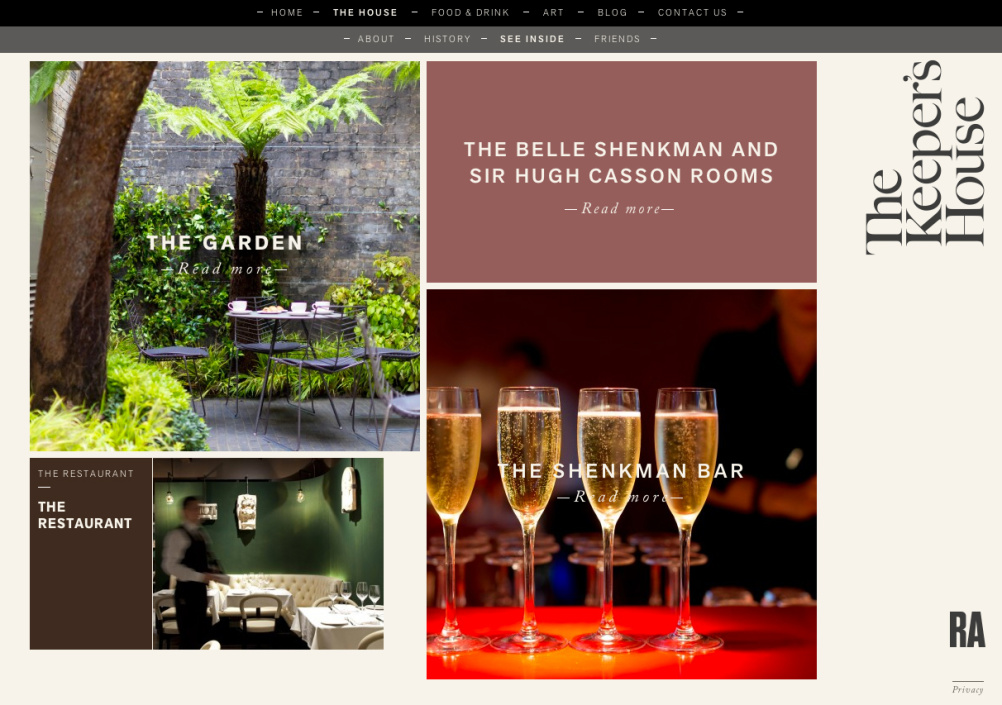 The Keeper’s House has been restored in a £6.5m project led by architects Long and Kentish with interiors designed by David Chipperfield RA.

The identity reads vertically in reference to the way The Keeper’s House building abuts Burlington House.

According to an RA spokeswoman the identity ‘is directional and symbolises where The Keeper’s House sits in the top right hand corner of the Royal Academy court yard.’

Kent Lyons partner James Kent says, ‘We were inspired by the walls of the RA and the way it hangs its work,’ says James Kent, partner at Kent Lyons, ‘which you can see in the way we’ve designed panels throughout the site. There’s also a strong typographic style; translating this aspect of the identity online was particularly important to capturing the character of the House.’ 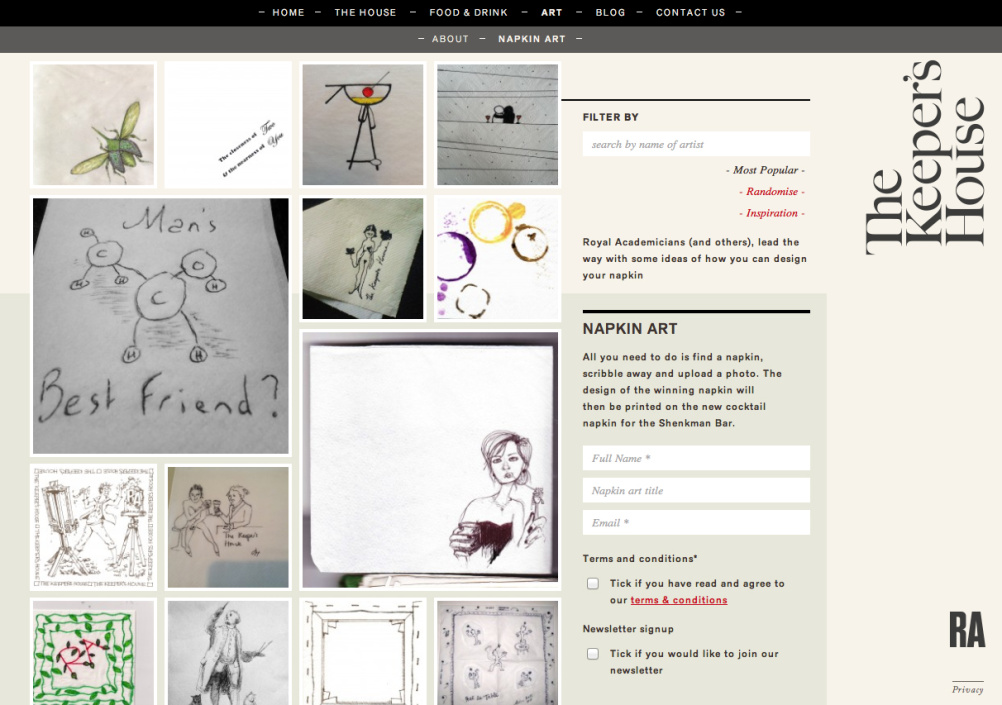 To celebrate the launch of The Keeper’s House and encourage user engagement – Royal Academicians, Friends of the Royal Academy, and the public are invited to upload their own napkin art to the site. So far nearly 200 napkins have been uploaded with more than 1,000 votes cast. The winning design will be printed on the new cocktail napkin for the Shenkman Bar. You can share yours or vote for your favourite at: keepershouse.org.uk/art/napkin-art/

The Keeper’s House opens to the public on 30 September and features works of art by Royal Academicians including Grayson Perry, Tracey Emin and Michael Craig Martin, and pieces from the Royal Academy Collection on display throughout the building.