The relationship between man and God is a tricky one – whoever your God might be, and indeed wherever you stand on the idea of God, if you think one exists.

That may be, as a wise man once said, ‘an ecumenical matter’, but Pearlfisher has approached the big subject head on for its new exhibition Man&God. 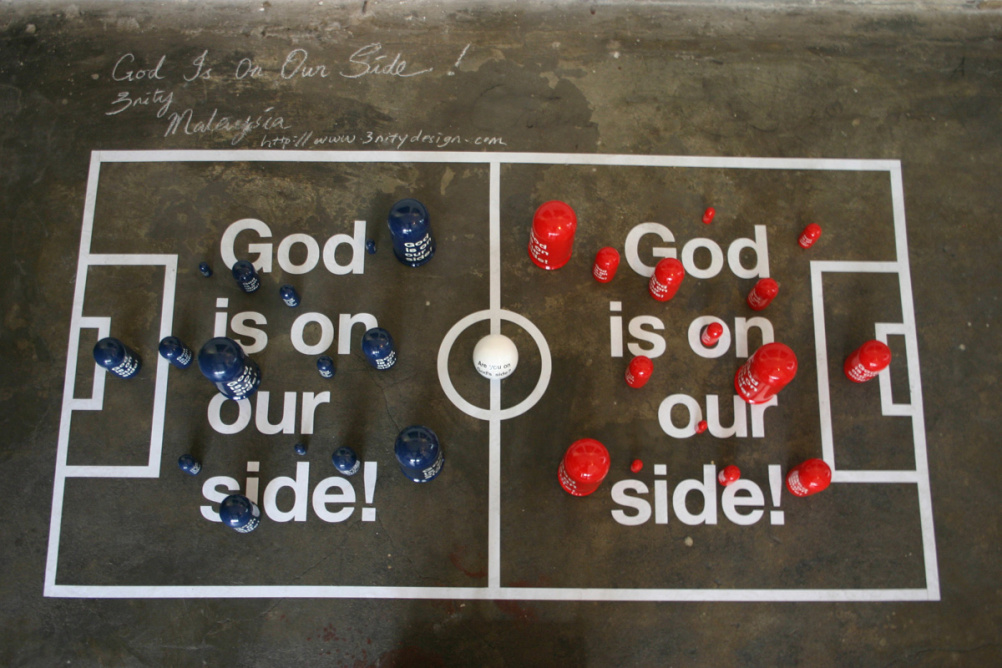 Pearlfisher founding partner and chief creative officer Jonathan Ford says, ‘Man’s relationship with God is one of human-kinds most ancient and controversial unanswered topics and it is hugely exciting to see how the vast differences in our beliefs on this subject have inspired such amazing creative expressions.’

Jesper Von Weiding, co-founder of 3x and Man&God co-curator is bringing the show to London for the first time.

He says, ‘Man&God is a powerful experiential exhibition that aims to make audiences pause and re-think some deep and fundamental questions brought together by notable designers and artists from around the world.’

Some of the artwork will be available to buy and ‘visitors have the opportunity to take part in the exhibition and create artworks that answer questions including “Is there purpose in life?” or “Is there God?”’ according to Pearlfisher.

3D and the art of Massive Attack