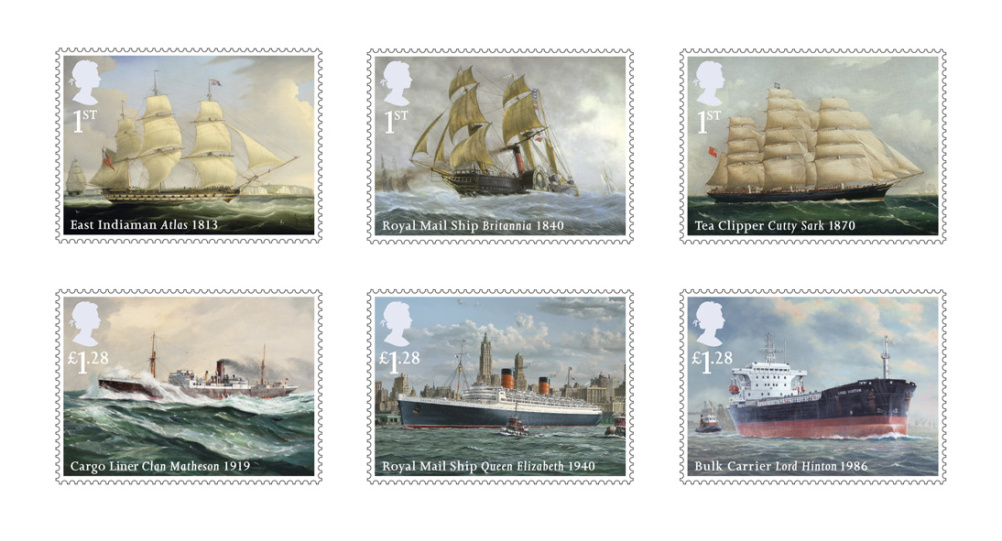 One set of six shows merchant ships over two centuries and the other is a miniature sheet of four showing the role of the Merchant Navy during WWII in the Atlantic and Arctic.

Silk Pearce first looked to identify six historically significant ships that would work together as a set.

The consultancy found images of all the ships in either national or private collections, with the exception of the bulk cargo carrier Lord Hinton, which entered service in 1986.

To get an image of this ship, the consultancy commissioned a painting by marine artist Ted Walker, who had previously painted the RMS Britannia, which was also selected for the project. 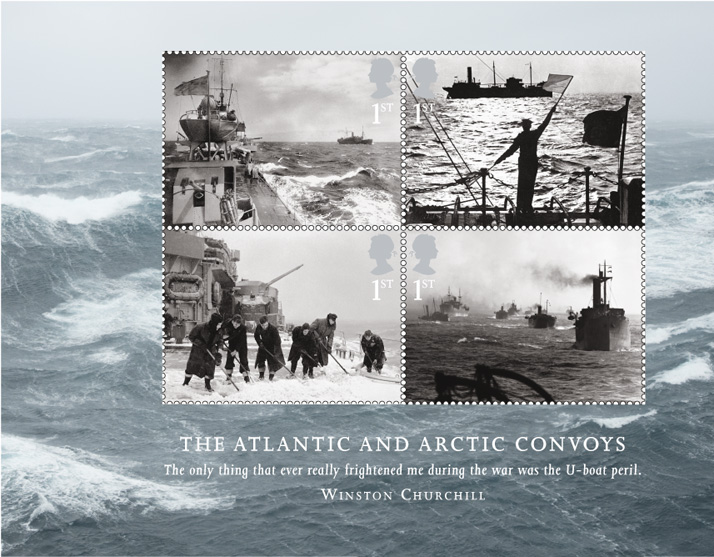 The Atlantic and Arctic Convoys mini-sheet features a selection of black and white photos ‘to convey the character of the war at sea when supplies, food, raw materials and people were transported in large convoys protected by Royal Navy warships,’ according to Silk Pearce.

They feature against an unforgiving image of the sea with a quote from Winston Churchill:  ‘The only thing that ever frightened me during the war was the U-boat peril.’ 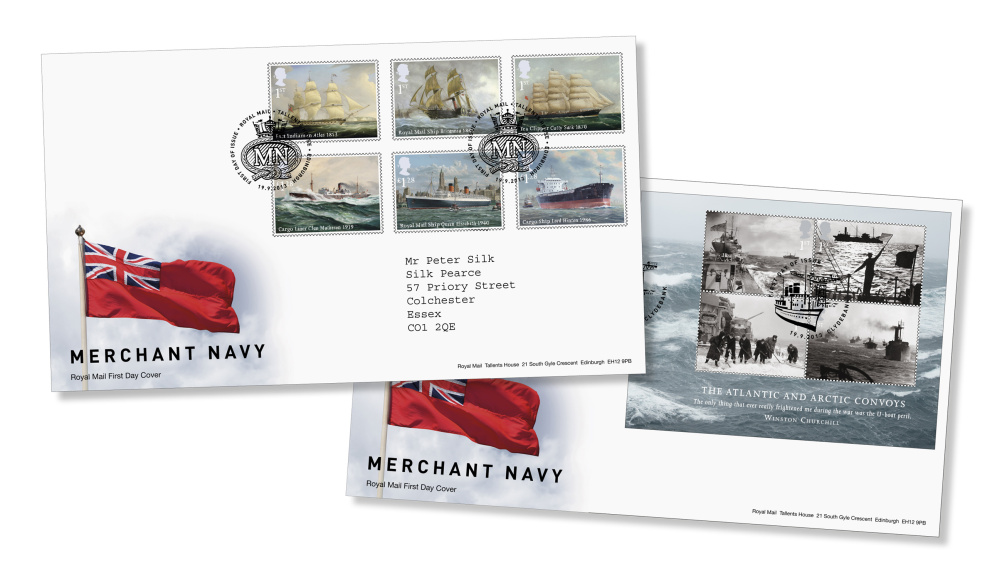 A presentation pack features both sets of stamps, a first day cover and two special postmarks – for exclusive use on 19 September – based on new illustrations of the Titan Crane from the John Brown shipyard, Clydebank and the Merchant Navy badge.