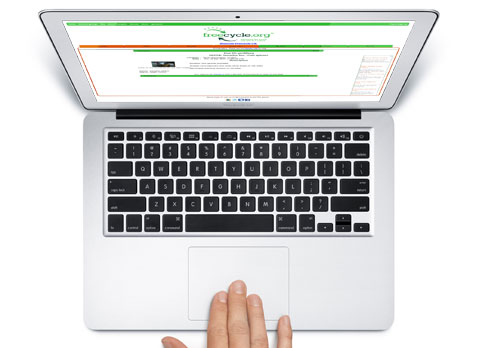 Museum Freecycle was launched in June following an open letter by Urban Salon creative director Alex Mowat published by Design Week, which called for an end to waste from temporary exhibitions.

Mowat’s proposal was for a “museum Freecycle website” connecting institutions so that at the end of an exhibition materials could be given away to other museums which might reuse them.

Freecycle executive director Deron Beal got in contact with Urban Salon via Design Week and the project got underway.

There are now 170 members across the UK including smaller museums such as the Bagpipe Museum and Bloxham Village Museum.

You can see the range of pieces currently on offer and being requested here.

Dulwich Picture Gallery is another of the institutions to take to the project. Exhibitions officer Nadine Loach says: “I have found the Museums Freecycle to be really useful and thoroughly recommend it to everyone I meet with at other institutions. We had a great response to our request for showcases and were very impressed with the offers.

“Our offer of four display cases was picked up very quickly by several museums in London who emailed within days. The first response was from a National Trust property who sent someone to visit to see the showcases and then later arranged to collect them all.”

Meanwhile Katherine Maynard from East Lothian Museums services posted some display cases on the site, which were only available for week before finding a new home. She says: “They were all wanted so none had to go to the skip”.

Keppel-Palmer is hoping the project will gain more momentum and says the idea may be picked up overseas.

She says: “The South Australian branch of Museums Australia are interested in the idea and are looking into setting up their own Museum Freecycle group for Australia”.