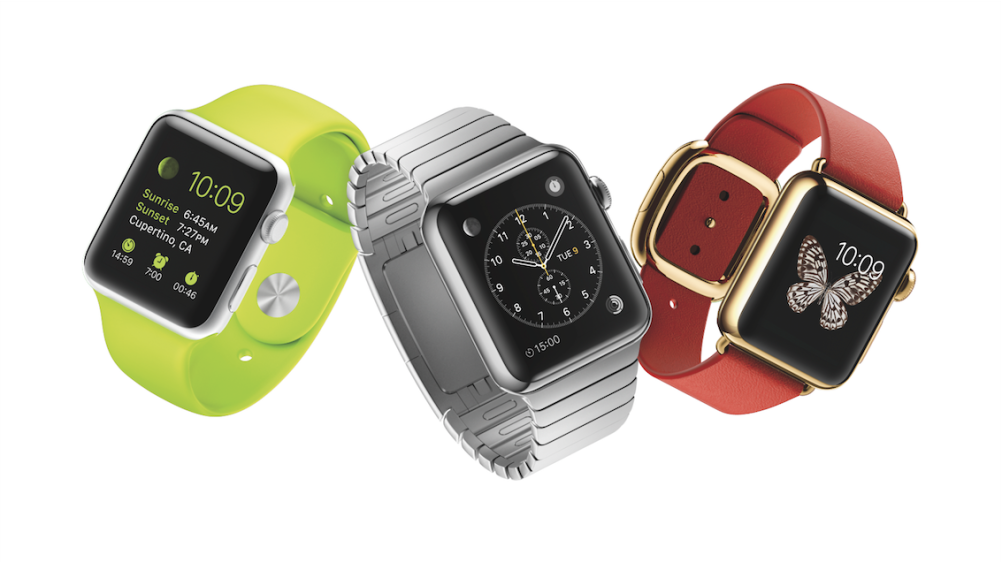 The launch has been expected for some time, with speculation earlier this month driving Apple’s share price to a record high.

Apple chief executive Tim Cook says the Apple Watch is ‘the most personal product we’ve made’, adding that it fits in with the company’s previous ‘category-defining’ products such as the Mac, iPhone and iPad.

The watch features Wi-Fi and is intended to be used in conjunction with the iPhone. It will launch early next year with prices starting at $349 (£217).

It is built around an interface Apple calls ‘Digital Crown’, which allows users to navigate through a touchscreen face, send and receive messages and receive calls from the iPhone, as well as access Siri.

Apple says the watch is also ‘an extremely accurate timepiece’ that features 11 watch faces that can be customised to feature personal information such as upcoming events.

‘It blurs the boundary between physical object and user interface.’ 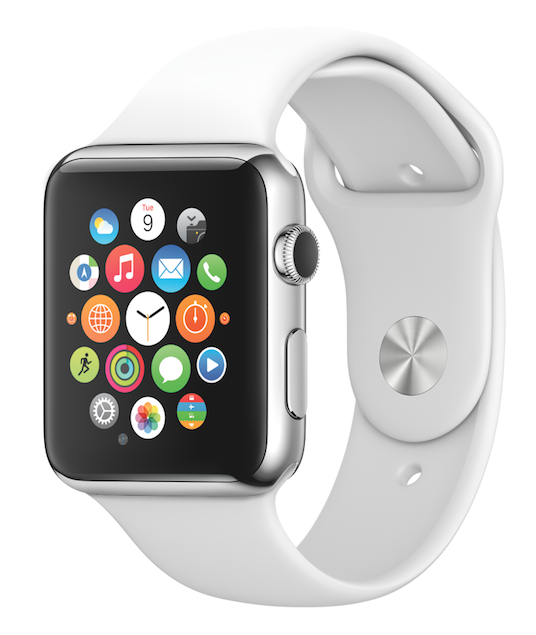 Australian designer Marc Newson is widely believed to have worked on the design of the Apple smartwatch. Earlier this week Apple revealed that Newson was joining the Apple design team and had been working with Ive on the design of Apple products for the past year.

This includes the ‘Force Touch’ technology, that can sense the difference between a tap and a press, and the ‘Taptic Engine’ which Apple says ‘enable an entirely new vocabulary of alerts and notifications you can both hear and feel’.

From late next year, Apple is opening the watch up to developers to create fully native apps using the WatchKit platform.

The enclosures are made from polished or black stainless steel, silver or grey aluminium or 18-carat gold.

Apple’s rival Samsung last month unveiled an update to its Samsung Gear smartwatch, which can operate independently of a smartphone.

At the same launch event, Apple also unveiled the new iPhone 6 and iPhone 6 Plus models, which it describes as ‘the biggest advancements in iPhone history’.

The new iPhones feature 4.7 inch and 5.5 inch displays and an aluminium unibody enclosure that conforms seamlessly with the glass display.

Apple also announced that it is releasing the new iOS 8 update later this month. 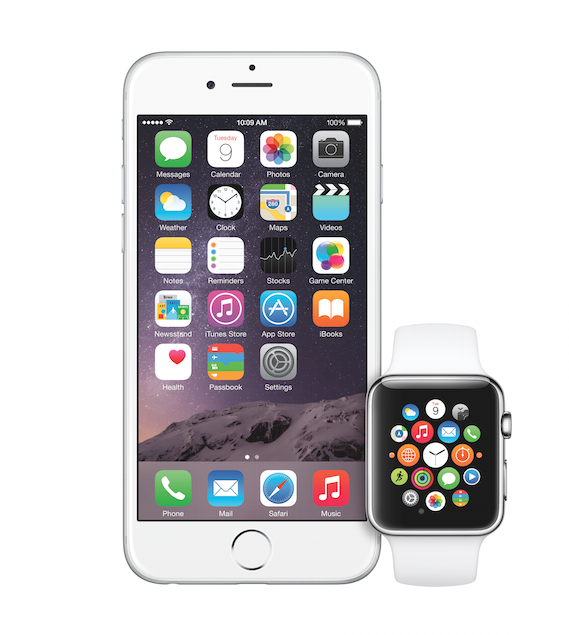 ‘Just as there were MP3 players before the iPod, so there were smart “watches” before Apple’s announcement yesterday. The difference being that Apple ended up owning the MP3 player market. It will be interesting to see if they end up owning the smart wearables market too. My feeling is that they’re playing catch up rather than truly innovating. But I will no doubt be proven wrong. I have to admit I’m somewhat seduced by the “digital crown” and the UX designer in me loves the link to the original iPod scroll wheel.’

‘As a watch fan I was really interested to see what Apple came up with. In the end I think its price defines it a bit. I would have preferred it to be more premium and more interesting, but £200 watches are rarely that. With the Fuelband Nike worked with the budget to make something which looked cool and desirable. The Apple Watch is neither of those things and isn’t helped by a frankly boring product video. All of that said, the used of the side wheel to operate the functions is a lovely touch that’s been well thought out – and I really should reserve judgement until I wear one.’

‘It feels very much like a first generation watch but we are looking-forward to exploring and playing with this platform. It opens up great opportunities for small creative teams to come up with new ideas. The key will be to find the appropriate use-cases to enhance the user’s experience.’