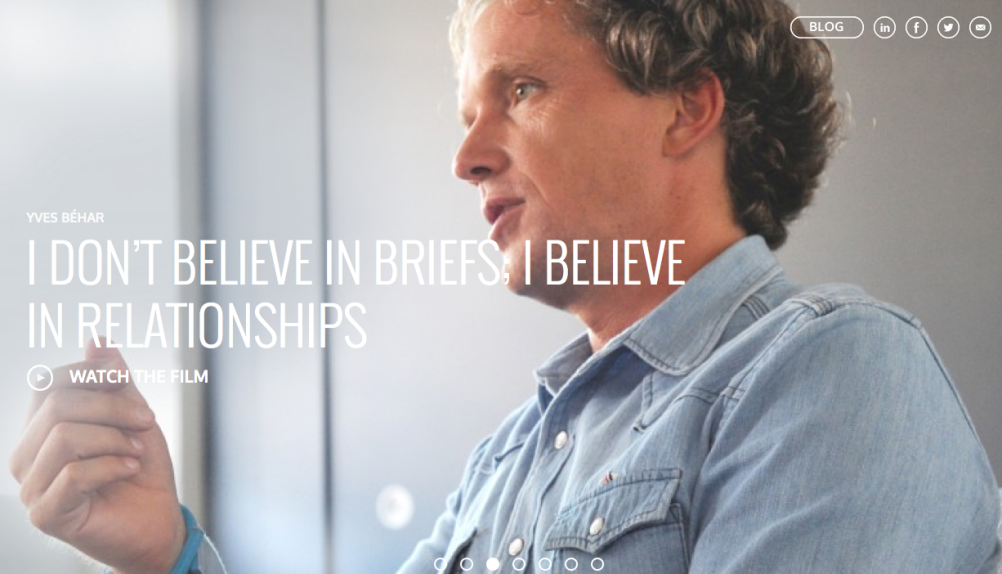 The film looks to demystify the brief so that clients might write them more purposefully and so that creatives might better interpret them.

It does this in quite a reflective conversational way rather then mechanically deconstructing briefs, giving real value to something, which is as much a notion as it is a tangible document.

US ad agency Basset & Partners’ chief executive Tom Bassett is behind the project, which makes no discrimination between brand and product design, illustration, architecture, advertising and other creative industries, preferring instead to cast a broad net over the creative industries and ask some of its greatest practitioners, how to nail a brief.

The film – Briefly, as it is titled, is very watchable, and edited so that the whole thing has a nice rhythm to it.

You should, whichever field you work in, find it heartening that these people encounter the same frustrations as each other (and yourselves).

Nobody likes a long rambling brief the size of a Yellow Pages, which reads more like a company history – a point that’s made at the beginning of the film.

Some of the creatives on film are quite philosophical about how they define briefs.

Wieden + Kennedy partner John C Jay says: “It has to inspire the people who are given the task of solving the problem”.

Meanwhile Fuseproject founder Yves Béhar says: “I don’t believe in briefs, I believe in relationships. The difference between a brief and relationship is a brief can be anonymous. I’ve tended over the last 15 to 20 years to work with people that give you a really deep sense of where they want to go and what it is they are dreaming about and that in turn has informed us on the projects probably more than any brief has ever done.”

John Boiler, chief executive officer at 72andSunny echoes Béhar’s sentiment of long-termism and building relationships by only saying yes to companies with “exciting problems and opportunities who want a long term relationship”.

Maira Kalman says the best way to have a dialogue is understanding that a client “trusts you” which opens the door for honest conversations so that  “you can say, ‘well I don’t think that’s a good idea’, or ‘that might be a better thing to do’”.

Architect, exhibition and interior designer David Rockwell sees the brief as an opportunity to become known for thinking and working in a certain way.

He says: “Use the projects you’re given as a way to start to define how you think, how you differentiate yourself and what it is you’re going to be able to bring to each project.”