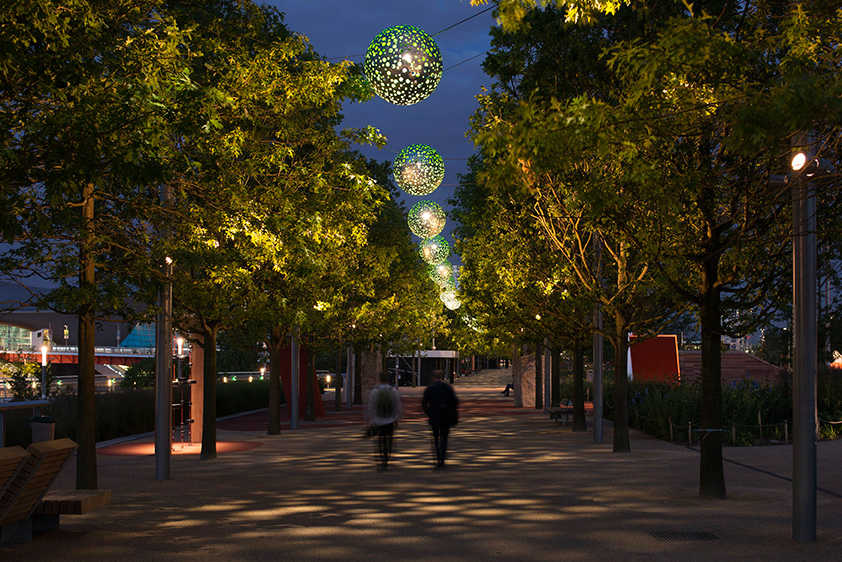 The Victoria & Albert Museum, University College London and Sadler’s Wells are all involved in the ambitious “Olympicopolis” project to bring cultural institutions to the Olympic Park, meanwhile the park itself and facilities such as the Velodrome and the Aquatics Centre continue to open up to the public.

And visitors to the park may have notice a rather nice new lighting scheme for the southern part, which has been developed by Speirs + Major with Michael Grubb Studio. 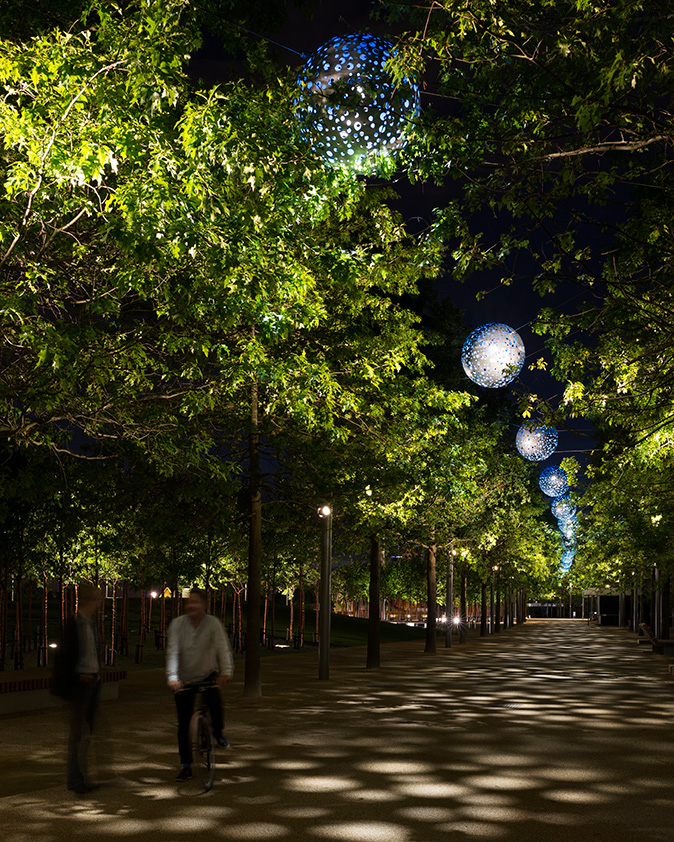 The design uses “ethereal moon-like spheres” which are hung over the main walkway. The interior of each sphere is painted with a colour that gradually shifts in shades from blue to green over the length of the promenade.

Elsewhere, the scheme adds lighting “highlights” to landscape elements such as swing seats. 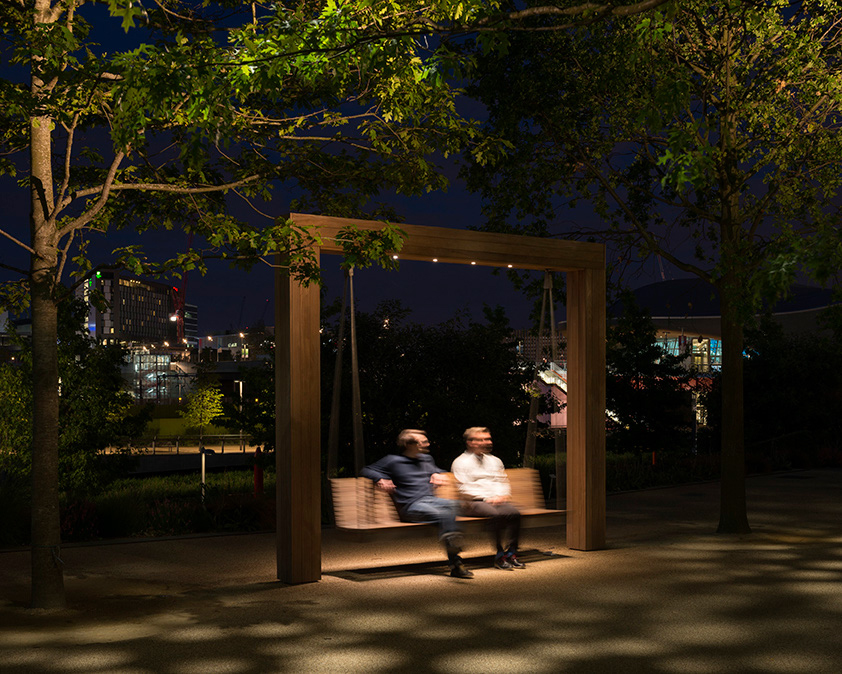 The designers say: “Consideration was given to appropriate light levels, in general keeping them as low as possible, while using differences in the way light is applied to give visual cues that aid wayfinding and ensure safety.”