In walking distance form the V&A there are a cluster of product launches and installations across design shops, studios and smaller galleries.

Look out for the Conran Shop’s Best of British Craft and Design at Michelin House, and over at Studio Skandium the Skandium brand is celebrating 15 years by showing 15 key products from its collection.

Brompton Road is another lively hot-spot nearby where you can find B&B Italia showing contemporary classics by Edward Barber and Jay Osgerby and Doshi Levien. 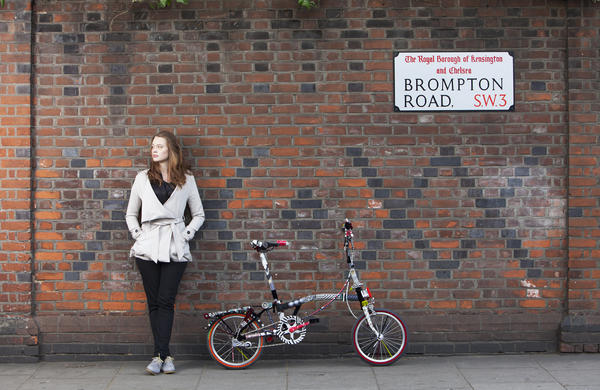 Also in the area Squint will introduce its new velvet table-top collection and in its basement host bicycle maker Brompton, which is returning to the Brompton area to showcase its manufacturing processes and techniques.

Over in Ladbroke Grove you’ll be able to see Tom Dixon’s club-inspired collection, which references both British members clubs and the designer’s “misspent youth” in discotheques.

There will be more demonstrations, workshops and talks going on around Chelsea where the likes of Lapicida, John Cullen Lighting, Roca Gallery and  The Rug Company are hosting exhibitions and debates.

Savoir Beds will be putting on quite a show by getting their craftsmen to demonstrate upholstery techniques including ‘star lashing, teasing and hand side stitching’.

Then there’s the rather tangential and intriguing prospect of Urban Plunge, curated by Jane Withers, which looks at the proposals for the Thames Bath and the King’s Cross pond and places them into the context of the growing urban swimming movement.

Hosted by The map House in SW3 this cartographic show plays with historical maps of cities around the world.

Designer Christopher Jenner has teamed up with Globe Trotter to create the ArchiTube, which will be on display in the store’s W1 shop window.

Jenner’s tube is a leather carry-case for architects and designers and captures his hallmark style by combining artisanal flourishes with a design “which bridges the age of drafting and free drawing with that of the high-tech present”, his studio says.

New this year is the AN’D Film Festival which sees venues across Clerkenwell showing free architecture and design films.

Many of these spaces are showrooms but will convert themselves for the screenings. Atwork, for example, which creates bespoke feature walls, decorative screens and doors, is presenting a Wall of Objectification, exploring the hidden meaning of treasured objects in a disposable world with an animated film which narrates a story inspired by the objects.

Café Smug will be a mini hub for the area, which has a particular focus on sharing the secrets of design led brands.

Over in Lonsdale Road in NW6 Bill Amberg Studio is working on a flag design project that will see Union Jack flags reinterpreted by the likes of Ron Arad, Tom Dixon, and Amberg himself. The efforts will line the street.

Other design studios and showrooms on the street will host events with Georgina Goodman, Theater Monopoly, Michiko Koshino, Rupert Bevan all involved.

You can also drop in on designer-craftsman Paul Firbank, who will be setting up The Rag and Bone Man’s pop up workshop, where you can see him turning local industrial scrap and parts of vehicles which have come to the end of the road into bespoke lighting, furniture and accessories.

Firbank recently starred in Channel 4 programme Kevin’s Supersized Salvage and his company celebrates the traditions of the “totter” (rag and bone collector) but with a sustainable 21st century intention.

SomeOne expresses “the tingle” in new mobile banking brand