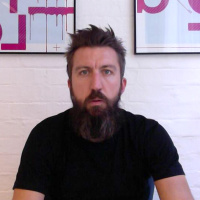 “For years I’ve been known as a fan of cinema, and for years I’ve been asked ‘What’s my favourite film?’ I’m as unable to answer that question as I am ‘What is your favourite photograph?’ I’ve never been comfortable picking one of anything, always preferring to pick ‘a few’. After all, and as in life, there is no one; there are a few. Some of my few are contained in the 1973 book, The Best of Life — a collection of incredible photographs that appeared over the years in Life Magazine. As a kid I looked at the book every Christmas Eve to take my mind off the impending morning. Of the few, there is one photo that always struck a chord: The 1947 Robert C. Wiles photo of 23-year-old Evelyn McHale, moments after she committed suicide, jumping from the Empire State Building. This incredible photo forever captures the beauty of someone the world knew little about. Who was she? Why did she jump? When I leaf through the book it never fails to stop me in my tracks as these questions can never be answered — a sign of a true art: something that leaves you coming back for more.”

“For me, Earthrise is the first iconic picture I can remember, and it still amazes me to this day. It truly reflects the way people felt at the time – full of excitement and apprehension at the prospect of a new age. It’s qualities are perhaps best summed up by the man who took it, astronaut Bill Anders of Apollo 8: ‘We came all this way to explore the moon, and the most important thing is that we discovered the Earth.’” 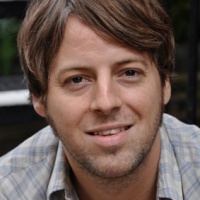 “As a child I loved Jules Verne stories. Journey to the Centre of the Earth, From Earth to the Moon and Off on a Comet came into my world at exactly the same time the Hubble Space Telescope left ours. Its pictures depicting the exact moment the bright blue ends and blackness begins mark the edge of my reality. Seeing that photo makes me want to strap on my cardboard rocket pack, thrust on my moon boot slippers again and find out what’s out there.” 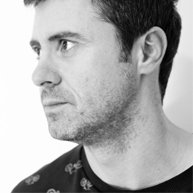 “I’ve always been a fan of war photographers like Don McCullin. We’re always pushing for clients to go for something with ‘meaning’ that highlights a truth and solves a problem. This unites design and photography. My choice reflects meaning through technological democracy. A factory collapse in Bangladesh. The last moment shared highlighting greed and irresponsibility. A powerful tribute to enduring love with the power to evoke change in hope that change comes from their poetic and tragic last moments.”

”I have long held a fascination with the history of London, from the social gentrification of our streets to the unseen spaces and tunnels underneath our very feet. Mike Deere’s photograph ‘The Other Underground’ captures one of London’s many lost rivers, the River Westbourne, which was integrated within the London sewer network during its construction in the 19th century. The backlighting and torchlight used here beautifully captures the texture of the Victorian brickwork and the visual composition of the two tunnels enables us to contemplate the surreal impact of the choices we make.”