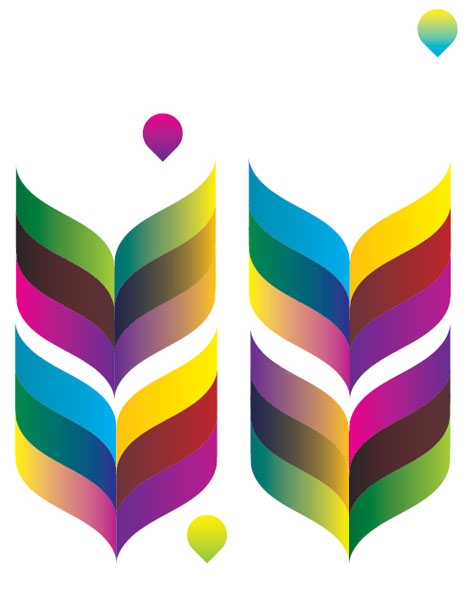 As communication designers migrate slowly from print towards digital and interaction design, a general misconception seems to have emerged – specifically that something that is produced digitally is more environmentally friendly than something that is physically created in the ‘real’ world.

At a client’s office the other day, I asked team members whether they had considered the environmental impact of their new iPad app, to which they replied, ‘Oh, it’s fine, we’ve moved everything to The Cloud’. At another design studio, I asked whether staff had thought about switching off their unused monitors, and was told that, since they run screen savers, the monitors use very little energy. In fact, The Cloud is a network of massive data warehouses that consume vast amounts of electricity, while a screen saver is a hangover from the days of now-outdated cathode ray tube monitors that required a moving image to avoid phosphor burn-in. A monitor running a screen saver uses as much power as it does when you are working on it. These days, screen savers are only for entertainment or security. For the record, turning off the monitor when it’s not in use extends the life of your screen and uses less energy from the central processing unit of your computer, too.

The reality is that every digital activity casts an analogue shadow. Behind most websites is a company with a real-world operation in which people are using energy and materials. Several studies have attempted to compare the carbon footprint of a printed project with its digital counterpart, weighing the impact of reading a particular newspaper in print against its online platform, for example. A few years ago this was a relatively simple comparison but, with the rise of social media, it has become increasingly difficult to know where an online entity starts and finishes. There seems to be little point in debating which of the two [print or digital] is ‘better’, as both operate commercially side by side and neither looks set to make the other obsolete. In fact, neither is more sustainable than the other – the life cycles of both print and digital media have positive and negative triple bottom line impacts (on people, profit and the planet). Rather than championing one against the other, it would surely make more sense to publish both print and digital media in more sustainable forms.

In January 2009, a Sunday Times report suggested, on the basis of research by a Harvard University physicist, that performing two Google searches could generate the same amount of carbon dioxide as boiling a kettle. The report unleashed a storm of debate and rebuttals. Whatever the facts of the matter, the row underlines the fact that, until recently, the energy burden of the massive data warehouses that support the Internet have slipped under the radar. Google, which strenuously disputes the report, is not the only culprit – many big names are opaque about the carbon footprint of their operations.

There seems to be little point in debating which of the two [print or digital] is ’better’, as both operate commercially side by side

Google’s data centre at The Dalles, Oregon, one of many such facilities it has built around the world, may end up using as much energy as the city of Newcastle when it comes fully online later this year, according to a report in The Guardian, published in May 2009. The company refuses to talk about the exact costs and energy demand, but there is clear evidence the footprint of such a centre is enormous, notwithstanding the fact that Google has long been working on developing some of the most energy-efficient hardware in the industry. The question now, of course, is what can we do? The first and easiest thing is to switch our offices and homes to a 100 per cent renewable energy supplier. Second, to implement a switch-off policy so we use less electricity in the first place. We can also talk to digital partners and others in our supply chain, such as hosting companies, to find out whether they are creating any efficiencies or moving away from using fossil fuels.

The digital landscape is ineluctably where we now live and, even if we are not making a living from it, then we are enjoying it in our leisure time. Ultimately, we need to move towards a world in which we design, manufacture, use and dispose of computers, servers, and associated peripherals with minimal or no impact on the environment. This involves reducing the use of hazardous materials, maximising energy efficiency and maximising recyclability of products. There’s a long way to go, but being conscious of what we are using is a great start – and that involves ceasing to assume that digital product is necessarily less energy-intensive than something made of paper.