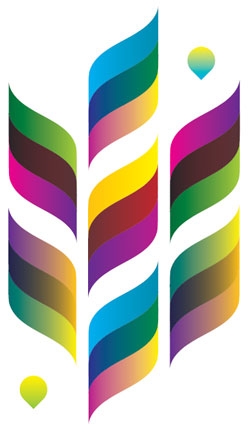 Sustainable design covers an intellectual process that starts before you put recycled pen to sustainably sourced paper and extends to long after a product is dead and bio-degradably buried. It is usually argued that the impact of products on the environment can be greatly reduced if sustainability is considered early in the design process. This may be true, but very often a designer does not even have time to grab a quick cuppa, let alone weigh up the relative impact and embodied energy of one material or process over another, while trying to meet tight delivery deadlines with a client who, in all likelihood, is focused on the bottom line.There is a mountain to climb to achieve widespread sustainable product design, but there are some powerful drivers of progress to help designers and their clients with this challenge.

One of the huge benefits of 3D computer-aided design has been the speed at which a product can be designed, modified, tweaked, drawn up, rendered and sent off to be produced. Ironically, shrinking lead times mean that there is even less time for the poor designer to research and source the materials that will be best for the planet, as well as meeting the specifications of the design itself. Thankfully, some of the people who brought us tools like SolidWorks and Autodesk have recognised this need and begun to integrate the ability to weigh up the relative benefits of using one material over another, and other environmental considerations, directly into the CAD environment. This makes it much easier to build sustainability into the whole design process, rather than bolt it on in a rush at the end in order to pay lip service to environmental concerns. Furthermore, the varying scenarios can be output in neat graphs that help persuade the client that, actually, it’s not only good for the planet, but also good for profit.

There are ever greater numbers of people within companies who will listen to the environmental argument with open minds. Whether through a hard-nosed commercial imperative or genuine concern about their environmental impact, some even dedicate individuals to assess how their businesses can become more sustainable. From a small improvement along the lines of ‘will the last person out please turn off the lights’, to issues of how companies can minimise their environmental impact through choice of materials, the upswell of interest in sustainability and the wish to be seen to act responsibly put businesses under pressure to change.

Ah, the Internet and the World Wide Web. What bigger change have we experienced in the way the world works than this revolution in communications that has taken place over the past 15 years? The Internet is helping to increase awareness of the issues facing our planet and to debunk ‘Greenwash’, exposing companies that claim to be working sustainably while doing the very opposite. It is now easier than ever to exert pressure using online campaigning via social media, as was seen with the Greenpeace Guide to Greener Electronics and ‘Unfriend Coal’ Facebook campaigns. The Internet and social media are also helping to challenge arguments ever more publicly. One thing is for sure – you’d better get your story straight, or people will get to know about it very quickly.

Whether or not you believe that oil production has peaked – and if you know of a fresh batch being cooked up somewhere, be sure to let someone know – peaking oil prices will force up the cost of goods and services. Oil’s abundant supply has allowed us to outsource manufacturing to countries where labour is cheap, as well as dig up precious materials from around the planet and transport items great distances – all at an unfeasibly low cost. However, the rising price of crude oil and other raw materials, combined with the increased cost of production overseas means that all of a sudden it starts to make more sense to manufacture locally, using reclaimed and up-cycled materials.

While it appears that change is afoot, there are still more ‘bad’ products than ‘good’ ones, environmentally speaking, and it is hard to say whether a truly sustainable piece of consumer product design actually exists (certainly at a mainstream kind of price). But, with big manufacturing players such as Philips and Nike making real progress in terms of sustainable design, and the pressure for change described above, these are interesting times to be a designer.

Yves Béhar’s industrial design group, Fuse Project, is renowned for integrating social and environmental sustainability into its work as a matter of procedure. A recent example of the consultancy’s work shows how it put sustainability at the heart of the design of an environmentally aware product.

The GE Wattstation, an electric vehicle re-charging station designed for GE, is a brand new product from Fuse Project. The station was created for both public and private spaces, and both versions feature simple designs and user interfaces. The stations exploit GE’s Smart Grid technology, which enables the station to charge outside of peak hours and at cheaper tariffs.

Says Béhar, ‘This technology allows products to be more intelligent about when and how they draw electricity, which can save an immense amount of energy.’ Vehicles also charge in a short four to eight hours (the current average time for charging is 12 to 18 hours), which could help accelerate the adoption of electric vehicles.

Users can operate the unit remotely from their mobile phones and over the Internet, and the station also allows utility companies to manage the impact of electric vehicles on energy grids.

Besides enticing people to switch from conventional to electric vehicles by offering them greater convenience, the GE Wattstation demonstrates high sustainability through its modular structure, which allows owners to upgrade it as more communication options become available, so the unit does not become redundant.