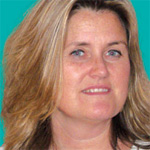 I surprise myself by saying this, but despite 2010 having been a tough working year, it’s been exhilarating, too. There has been a real sense of achievement all around, and dare we suggest that there might be a small feel-good factor in the not-too-distant future? I know we keep being reminded of a potential double dip, and also that ‘half glass full’ people can be irritating, but let’s face it, the design, advertising, digital and integrated industries aren’t faring too badly after all. The tough years of 2008 and 2009 are now but a painful memory, so we’ll keep smiling, stay focused, work hard, innovate and take a few risks. Doubtless, 2011 will be another hard-working year, but also a fruitful one.

Recent business pages have seen analysts taken aback by the recovery in the advertising, marketing and design sectors. WPP Group and Interpublic Group have reported significant profits and a punchy forecast for the next 12 months that defied most expectations, including their own.

It is important to take notice of this, not only to establish how these two groups have thrashed their targets, but what this means for the rest of us.

For many small or independent consultancies there has also been a surge in turnover and profit. This is down to market and client demand, as well as a heck of a lot of hard work. But what might be looming around the corner? And should we be prepared for a slight dip in the second quarter of 2011, as so many predict? I believe this is nonsense. Keep thinking out of the box and working in partnership with your clients to understand and advise on their business and the work will continue to increase.

Of course, there has been a downside to 2010. The huge drop in public sector spending has had a significant effect on design groups, and many of the smaller consultancies which rely heavily on public sector work have seriously struggled. Some have closed their doors or down-scaled, but we’ve also seen many dust themselves off, look at what they’re good at and target new sectors by playing to their core strengths.

The key growth areas in 2011 will be in business-tobusiness, as we see corporate businesses reposition themselves to ensure they are communicating effectively. Clients are tending to take a progressive attitude towards future growth. The past couple of years has been a time for them to take stock and rethink, often leading to a reshaping of their businesses and a revised focus on how they position themselves for the future. The massive increases in digital, traditional advertising and social media strategies have had a powerful impact, and the consumer and fmcg branding markets have also seen a big upturn. Innovation is key to their success, not just beautiful design.

For many consultancies, 2010 has been a hard but rewarding slog. They’ve been replenishing the stocks lost in 2008 and 2009, generating and converting business, and the rewards are paying off. We can see how hard design groups have been working at identifying new growth sectors and pushing themselves out of their comfort zone. On one hand, the industry has never been tougher, and on the other, consultancies’ positive attitude to growth, restructuring of teams and redefining of offers has ensured that they are in the best position to deliver.

As specialist recruiters for the design, digital and integrated industries, we are seeing that growth patterns and leadership roles less evident earlier in 2010 are now ramping up – a hugely positive sign of confidence and investment for the future. What is still a big problem for the industry, though, is the lack of good candidates at middle-weight and junior levels. Redundancies and a freeze on junior recruitment over the past couple of years have left a painful gap that will be hard to recover from, and I urge consultancies to rethink their strategy on hiring at a junior level. This generation is the future of our business and we all need them.

Clients have been reluctant to pay a high price for creativity, instead investing in strategy and planning how to respond to the market and its customers in the coming years. There is still huge pressure on design fees but if consultancies have the right team in place, they are profiting from building upstream services such as planning, strategy and innovation. In a dense, saturated and sometimes complex business and consumer market, knowledge is key and the future of brands and our own creative industry lies in change and innovation.

Shoot me if I’m wrong, but acquisitions and mergers will be abundant over the next 24 months. There will also be a much stronger and more concentrated focus on the international market as we gather better knowledge and understanding. The excitement is already there, and despite a lingering caution, we’re gaining confidence month by month. These factors will inevitably fuel growth plans. So let’s raise a glass to 2011, which I predict will be hard work but exciting and memorable. Cheers.