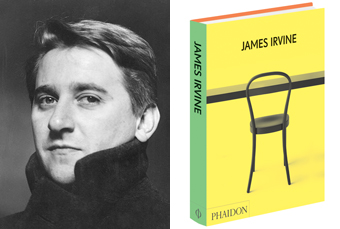 A new book from Phaidon looks at the life and career of furniture and product designer James Irvine (1958-2013), who moved to Milan after graduating from the Royal College of Art and worked as design consultant for Olivetti and became a partner of Sottsass Associati before setting up his own studio.

In this piece, we look at five key pieces from throughout Irvine’s career, accompanied by descriptions from Irvine and others who worked on the projects. 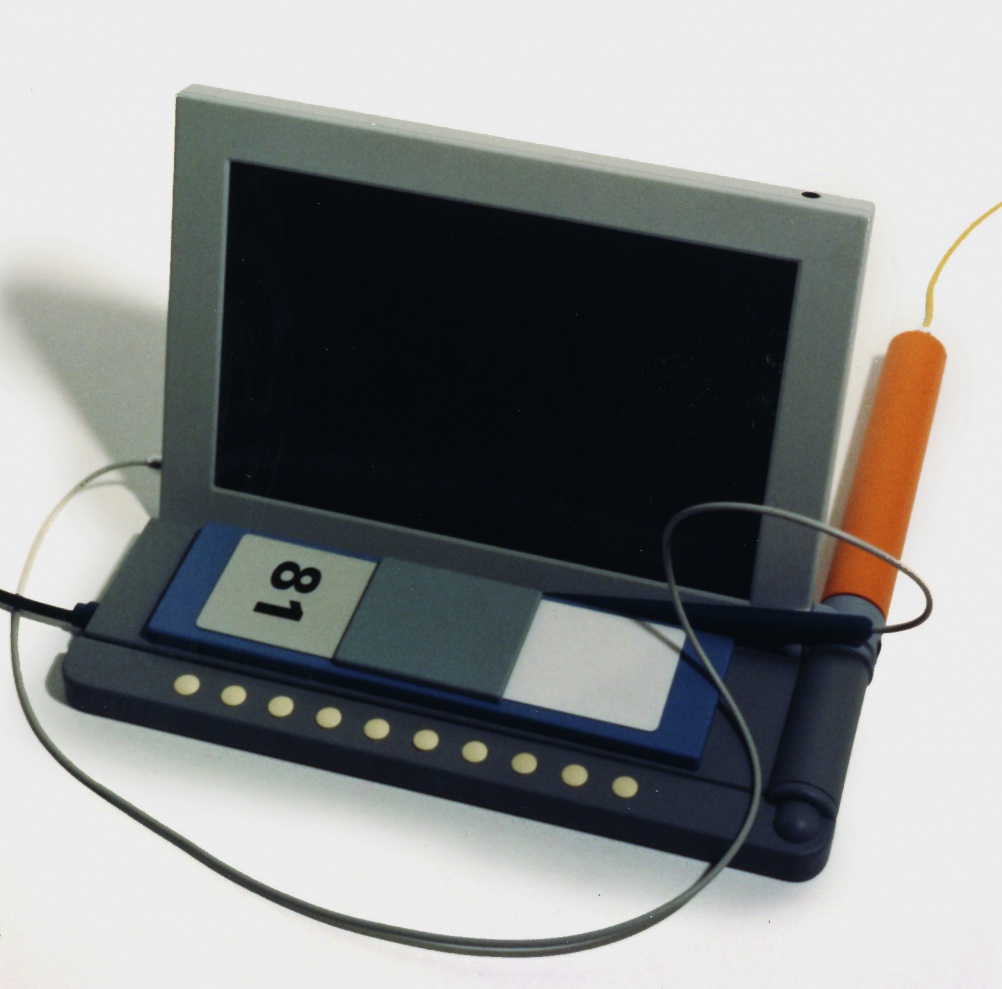   James Irvine: “Through a series of different components, this design offers varying levels of complexity and product character. The concept is to introduce maximum flexibility to information input. The product can be configured in various different ways, and is conceived to be static or portable, assisted by central mainframes or self- sufficient. The product has no single operative approach, therefore giving maximum ergonomic flexibility.” 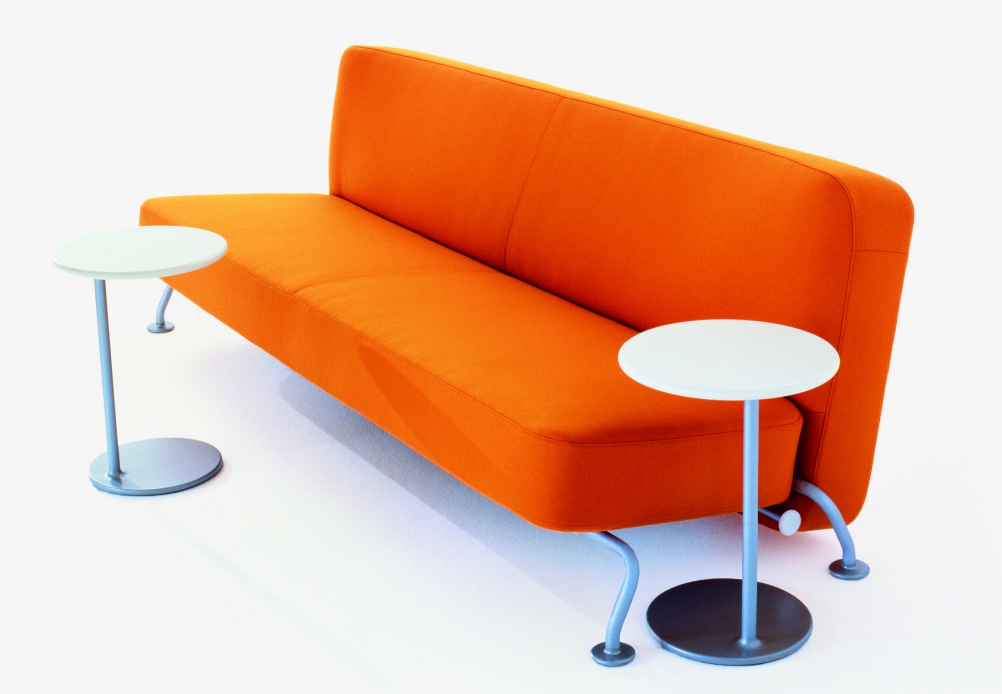 Journalist Francesca Picchi: “During the early years of his career, James received quite a number of commissions for sofa beds, to the extent that he became known almost as a specialist in their design. Although new inventions were constantly being brought out, James never showed great interest in the mechanics of the sofa bed, but instead concentrated on the ease of the movements required to trigger the change of use, whilst preserving an overall conceptual simplicity. The name of this sofa, and the design of its feet are clear allusions to man’s epic landing on the moon, which James had witnessed as a child.”

 Architect and designer Tim Power: “I remember well the moment that James called me up to help him out on the Hanover bus project for üstra, the city’s public transport operator. James was extremely busy with his work as design director at Sottsass Associati, and was pursuing a large number of projects with his own studio. He travelled endlessly, but had the stamina of a team of English footballers. Despite our hectic schedules, we would meet first thing in the morning, James would make some sketches, and then head off to Ettore’s. He would rush back at lunch, make a few comments, feverishly sketch (always with his characteristic ‘grin and glint’) and then off he went again. Running out the door, he would say things like, ‘Remember, make the door bigger, in case couples need to get on and off, hand in hand!’ At aperitivo time, James would be back in the office, drink in hand, to review the day’s work. That was a typical day, usually ending with a dinner with friends and then sketching late into the evening. James had this ability to be everywhere at the same time. In fact, he was the epicentre of many crossing paths. He brought opposing approaches, continents, friends, clients and designers together seamlessly.” 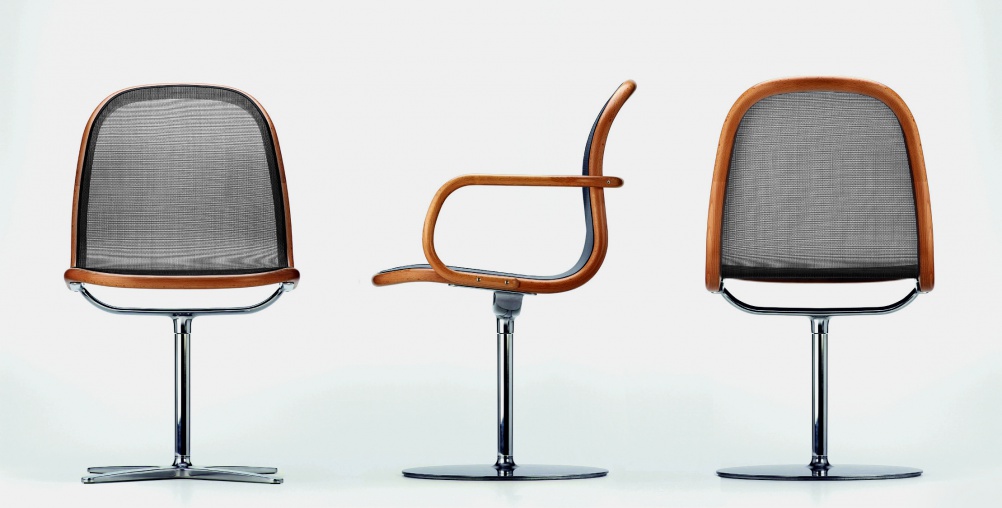   James Irvine: “In 2004, Philipp Thonet – one of three brothers in the fifth generation of the German family – came to my studio in Milan. I couldn’t believe that I was meeting a genuine Thonet! A ‘living treasure’, as the Japanese would call him. We became friends, and the Thonet brand is now part of who I am. Back then, on that first occasion, when he asked me to design a bentwood chair, I replied, ‘impossible!’ But a year later, in a bar in Cologne, the concept of the Loop chair came to me: a single line joining the back and the seat, like a large bent tennis racket. The design combines the traditional warmth of wood with the lightness and comfort of modern materials, but the chair’s real innovation is in the curvature of the wood. When you look at it, you immediately see how simple it is.” 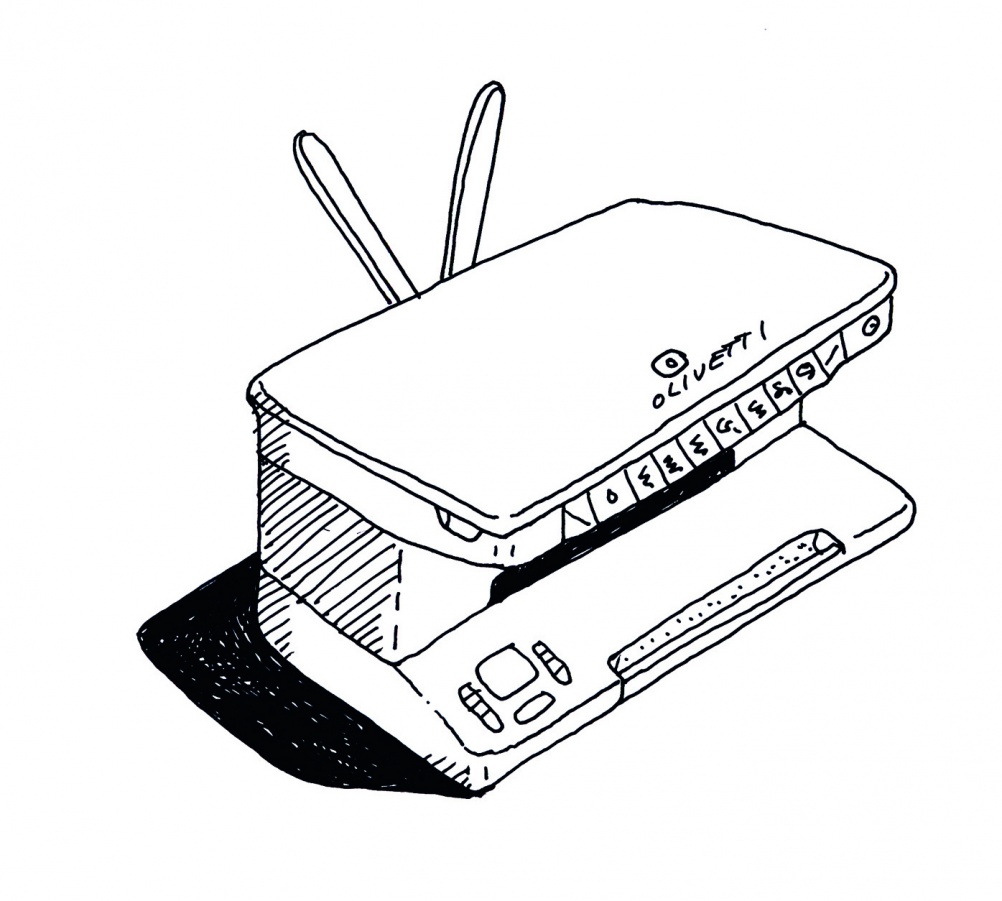   James Irvine: When Olivetti decided to develop a printer, they entered a very difficult market – competing with brands that were unbeatable in terms of price and distribution. I discussed the project with Alberto, and we decided to go for something different, thinking about how we could create something that was currently missing from that market. Printers are basically boxes that dispense rectangular sheets of paper, which end up on tables cluttered with other things that are often also rectangular. It’s not clear why they should have these excessively bulky, graphic, obtrusive and ultimately meaningless shapes. They’re all the same and it hardly matters what’s inside. To break into this market, we chose a ‘purist’ strategy – to put across a message of diversity. The market forces you to copy what sells, with minor changes dictated by marketing, and not by the real possibility of developing the product further. Hardly anyone says, ‘let’s start from scratch’. With the Olivetti printers we tried, I wouldn’t say we started from scratch, but instead posed the question of what might be placed next to the machine: it could be anything, even my grandmother’s coloured glass vase. In the end, there are objects made to be seen – ‘centre-stage’ objects – and others made to do things. We also have to learn to appreciate design that doesn’t take centre-stage.”

James Irvine is published by Phaidon priced at £49.95. The book is available at uk.phaidon.com.