Today, information design is all around us — from the colour-coded maps we see on the London underground and on bus networks across the UK, to the wayfinding and signs that guide us around our favourite museums.

Increasingly, we see it used not only to help us navigate day-to-day, but to condense and digest dense written information into more understandable and visually appealing forms, in books and in the media. Colourful infographics, educational illustrations and digestible diagrams have grown in popularity as readers have become more discerning and demanding of stimulation, with long-read magazines such as Delayed Gratification leading this trend.

But where did information design really begin? Marie Neurath, born Marie Reidemeister in 1898 in Vienna, Austria, was not a graphic designer by trade — she studied physics and maths at university, and alongside her soon-to-be husband Otto Neurath, would go on to establish an institute dedicated to deciphering complex information and statistics through diagram, illustration and image. 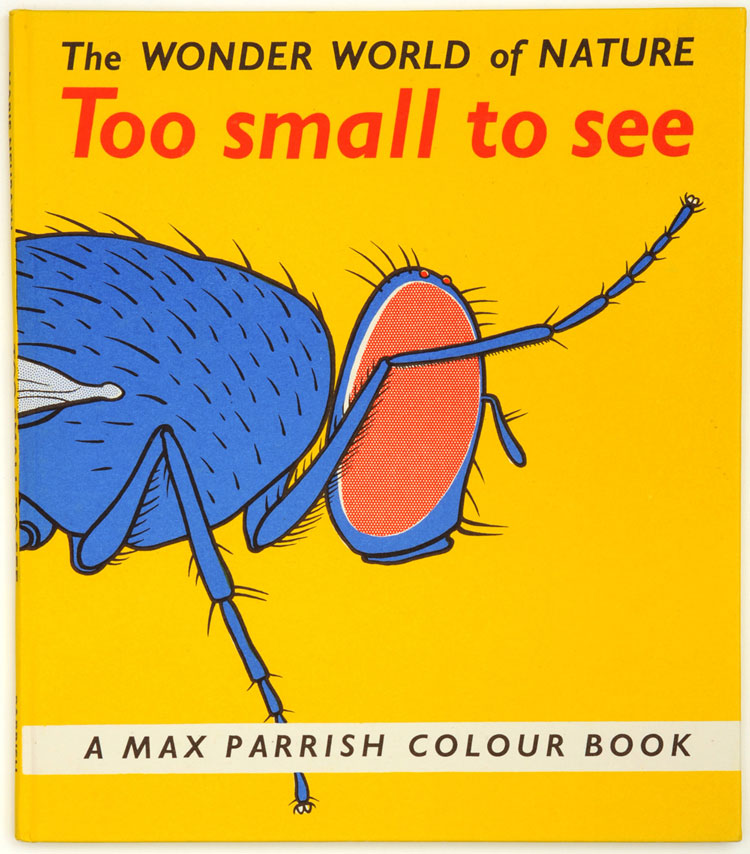 First named the Vienna Method of Pictorial Statistics, the institution was later renamed the Isotype Institute, when the pair fled the Netherlands during the Second World War to settle in Oxford, England. The couple had previously focused on helping to explain world issues such as tuberculosis to the general adult public, but later began creating concepts for children’s educational books. When Otto died in 1945, Marie, along with her team at the Isotype, began bringing these books to life, which went on to teach children about everything from scientific concepts to history and maths.

Many of these books were educational and were used by teachers from the 1940s to 1970s. No longer a teaching tool, these books are now an insight into the beginnings of information design, showing how illustration and graphics were used in clever ways to teach people about complex topics clearly and succinctly. Some of the graphic techniques that Marie employed, such as consistent colour palettes, have no doubt influenced designers today, not to mention graphic artists and illustrators such as Noma Bar who use visual trickery and message-making in their work. 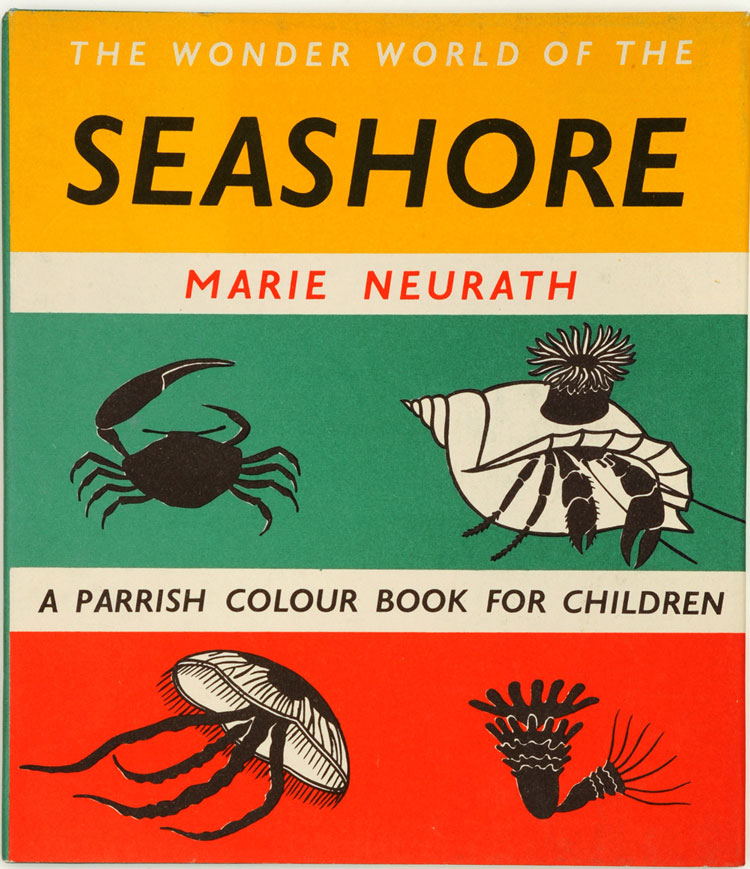 A new exhibition at London’s House of Illustration explores the science-based children’s books that Marie made at Isotype, which cover everything from solar systems to geology, magnetic fields, animal kingdoms and human biology.

Marie Neurath: Picturing Science is split into five sections, including early concepts, insight into the design process of the books produced by the team at Isotype, following by three sections dedicated to the three, main science series that Marie published, which focused on the natural world; technology, engineering and physics; and finally visual science, a series specifically intended to be used by school teachers as a resource.

Marie worked as part of a broad team at Isotype, including writers, researchers, professional illustrators and trained artists. While she was not trained to draw or design herself, she led the team, coming up with concepts and rough sketches, getting involved at all stages of production, says the show’s co-curator, Sue Walker. In the mid-20th century, information design was not yet a recognised field, and the work that Marie did was known as “transformation”. 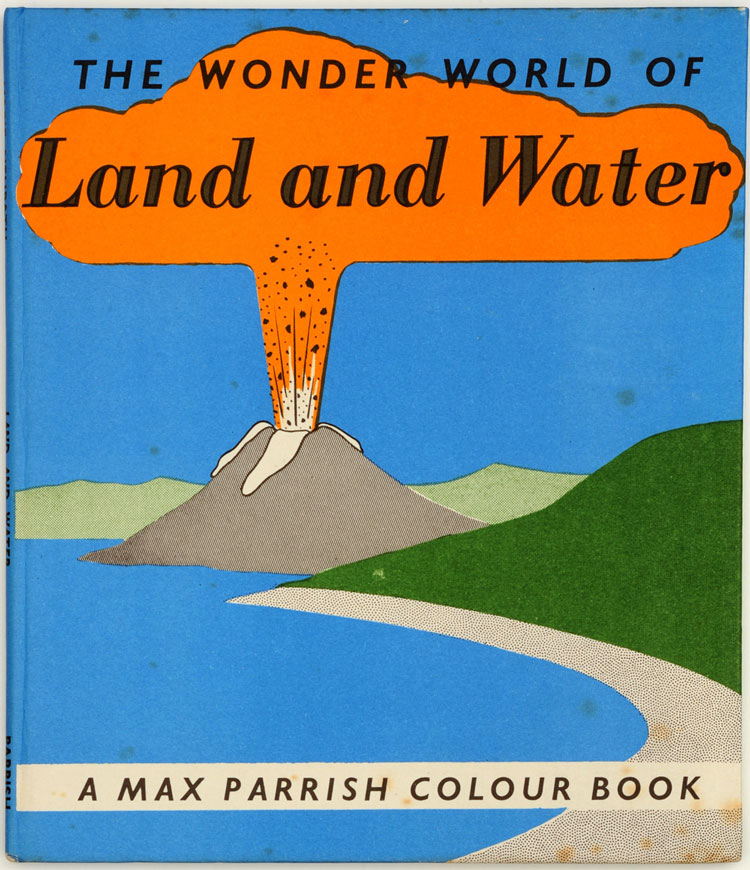 “She was really good at clear thinking and systematic ways of organising things,” Walker says. “This work of translating complex information and statistics into easily understandable forms of pictures and words made her recognised as a ‘transformer’. Her work makes her one of the first graphic or information designers.”

To help make intangible and tricky concepts decipherable, from how electricity works to how seeds germinate, Marie employed several techniques, which would be considered good design practice today. 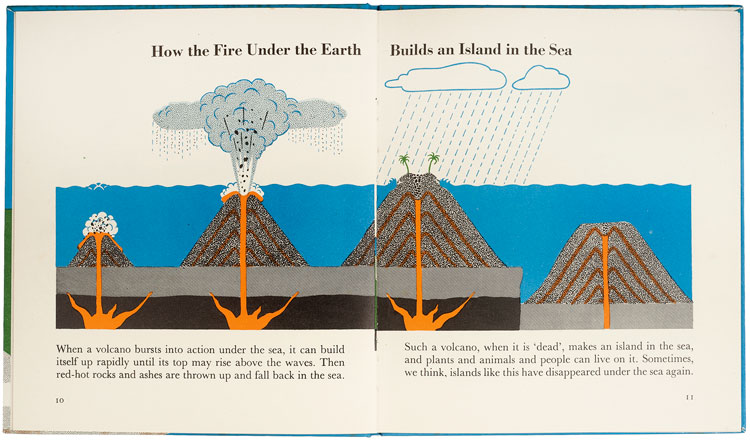 One such way was splitting up illustrations into component parts, showing every element of an iron or kettle for instance, to demonstrate how the different parts work together to form a fully functioning object.

She would also try to tell stories through illustrations — she would repeat the same, base image several times, with small changes made to each one to demonstrate change, almost like scenes in a comic strip; for example, to show how a volcano or a geyser forms underground. 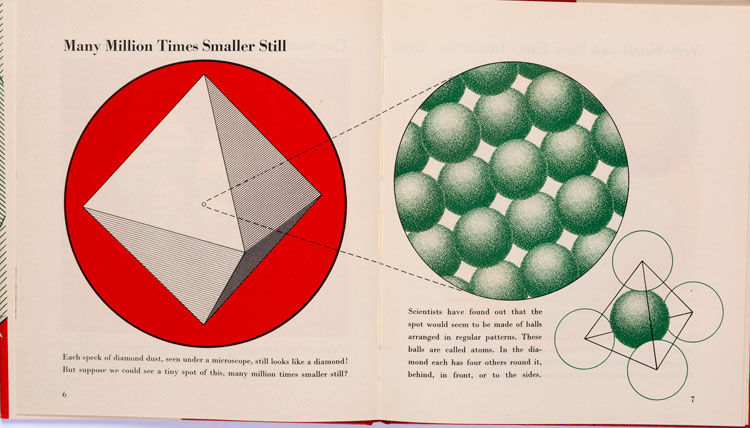 Some techniques were more straightforward — magnification allowed her to provide close-ups, to explore how things invisible to the human eye were structured, from the inside of an atom to a microscopic view of a fly’s leg. She would also “cut” through images, creating cross-sections of systems to reveal their inner workings, like the London Underground — a technique she coined the “magic knife”.

Another simple but effective method was comparison, which no doubt inspired children’s “spot the difference” activities in years to come. Marie would lay several, similar images side-by-side to demonstrate the differences between them, such as illustrations of various birds’ heads with different beaks, showing how each shape correlated with the food they ate. 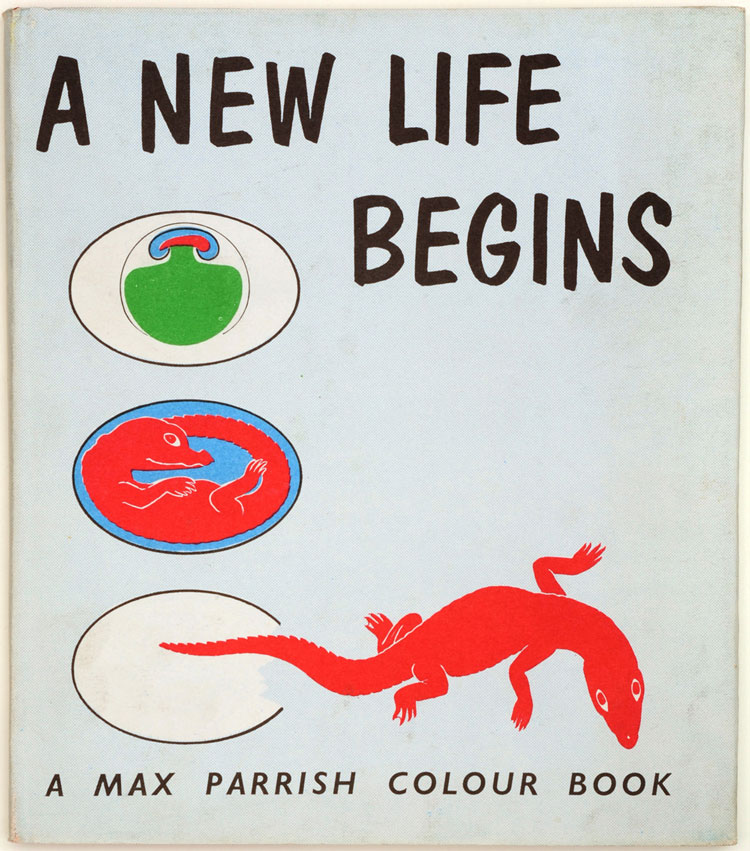 Subtle consistency would also be maintained throughout books to aid communication — the same colour would be used to reference one thing or concept throughout, such as red used to depict the growth of a foetus in a book on pregnancy and new life.

Marie used a combination of recognisable and consistent traits, like colour, and visual cues such as comparison and cross-section to help embed concepts within children’s memories, in a way that the written word alone could not have done as effectively.

“Some of these topics were really challenging for young people,” says Walker. “Through visual techniques, Marie managed to get ideas across in a straightforward way.

“Colour consistency and the relationship between picture and text are the kinds of things that information designers think about quite carefully today,” she adds. “Marie knew that text wasn’t just something you added to an image, or vice versa — they had to be complementary and work together.” 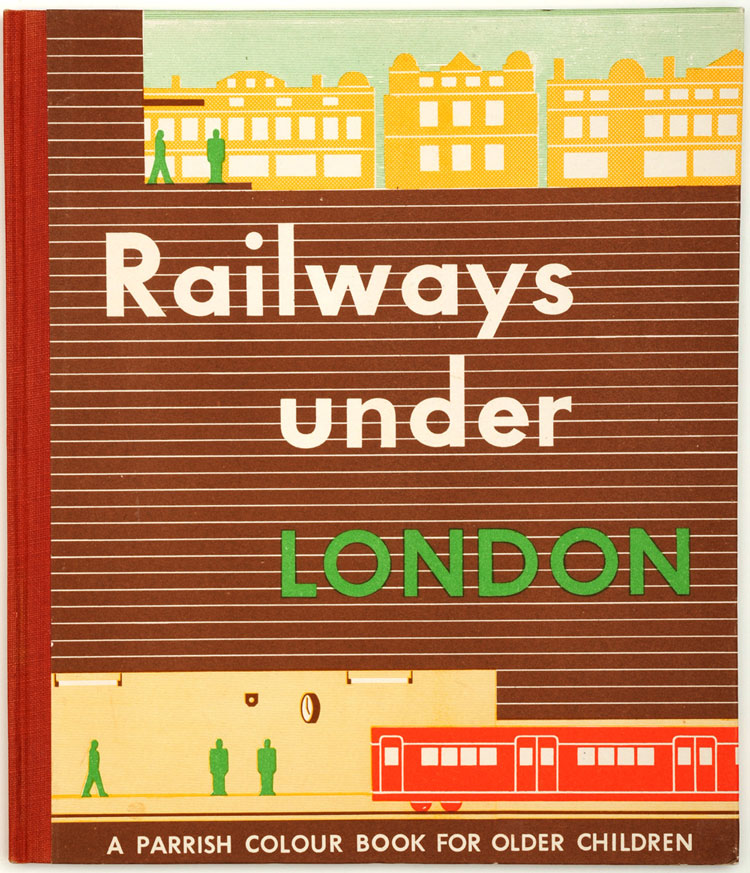 It wasn’t only Marie’s design work that was pioneering, says Walker — the collaborative and flexible work style of the Isotype was particularly forward-thinking for the 1950s, when most workplaces were overly structured and employees were solitary.

“Marie believed in collaboration and teamwork far before her time,” she says. “The Isotype studio would see people working on several books at the same time, what Marie used to call a ‘little factory making books’. Some people worked part-time from home and would send their illustrations in to Marie by post — people didn’t do things like that then.”

Another of Marie’s successes was accuracy, adds Walker. Acting almost journalistically, she would source information from newspapers and museums, extracting dense texts down to their most salient points, then alongside her team, would come up with a first draft of a book. She would then fact-check it by speaking to scientific experts, to ensure they had conveyed things correctly — often they hadn’t, and would need to redraft. 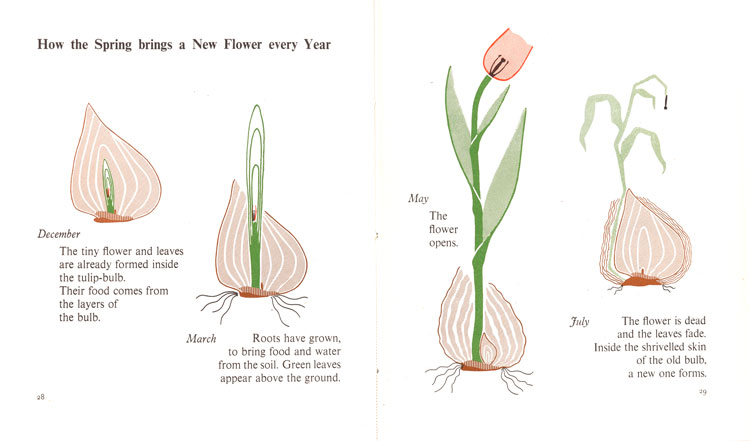 “Sometimes she got the science a bit wrong first time,” says Walker. “This idea of ‘design iteration’ was quite unusual then. She would spend a lot of time getting the text right and explaining the facts clearly so that children would understand, without over-simplifying things.”

Walker has co-curated the show with House of Illustration’s Katie Nairne, alongside Eric Kindel. Both Walker and Kindel are professors at the University of Reading, specialising in graphic communication, typographic design for children, information design in public spaces, and the Isotype Institute itself.

Marie Neurath: Picturing Science aims to not only be a celebration of Marie’s pioneering work in graphic communication, says Walker, but also form part of a productive project that the university professors are currently undertaking. 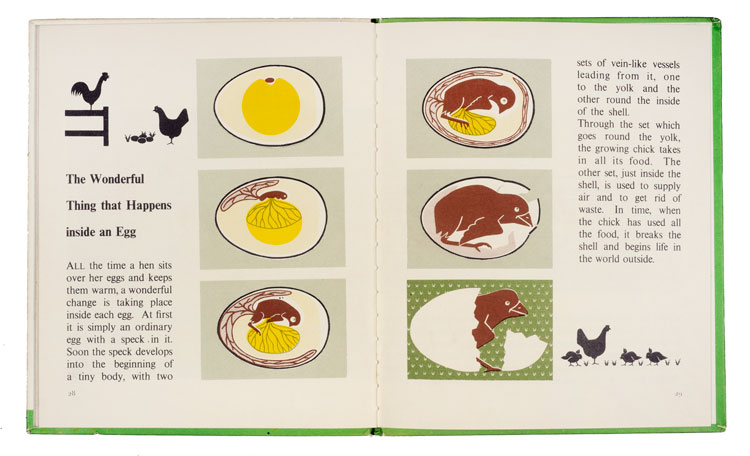 Walker and Kindel are hoping to find out how the late designer’s techniques and approach to science communication could be used by teachers in schools today, in a relevant and effective way.

To aid this research, there are free worksheets incorporating Marie’s graphics and illustrations, which are available to pick up at the show, with visitors, particularly young ones, actively encouraged to have a go at filling them in.

“Marie’s work has been somewhat neglected,” says Walker. “They were used in schools a lot, but they fell out of fashion in the 1970s. We’re trying to raise the profile of her work, and show the power of graphic explanation, and how it can make things really clear.”

Marie Neurath: Picturing Science has been produced by the House of Illustration, the University of Reading and Design Science. Additional curation was provided by Emma Minns and Anne Odling-Smee. Exhibition design was completed by Fraser Muggeridge Studio. 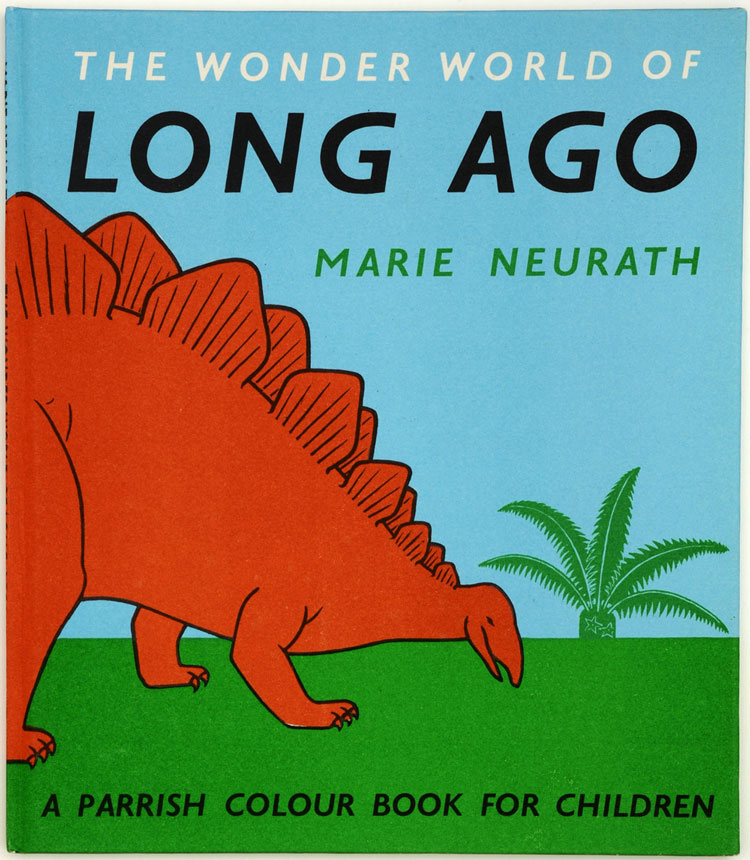