Together has created a new identity for educational company Pearson, around a new badge developed by Freemavens which sees a question mark and an exclamation mark come together to form a “thumbprint” P symbol.

The rebrand comes as Pearson is looking to make a transition from being an educational print publisher to becoming a digital and services-led learning business, according to Together.

The consultancy says it has redeveloped the entire Pearson branding identity – looking at colours, typography and tone of voice as well as creating new libraries for illustration, photography, patterns and iconography.

Together was lead creative partner for the project and worked with copywriter Serious Oomph on brand language, Nice and Serious on moving image and Blueprint on brand videos. Mother is working on campaigns for Pearson. Freemavens developed the interrobang concept and badge.

The new identity had to be flexible enough to work across a range of international markets, says Together, while also respecting and building on Pearson’s heritage – Pearson was founded in 1844.

The consultancy says it also had to ensure access for every Pearson user. The company currently employs 40,000 people across 70 countries and produces more than 1,500 products and services.

The new Pearson logo combines a question mark and an exclamation mark to form a thumbprint that also represents a “P” for Pearson. Together says: “The logo represents the combination of excitement, curiosity and individuality that’s at the heart of Pearson’s approach to learning.”

To support the new identity, Together says it has created more than 80 assets, including branded items and films, for the launch and beyond.

Rebecca Sinclair, VP global brand architect at Pearson, says: “We partnered with Together to create a brand that builds on Pearson’s 200-year heritage but is fit for the future, digital and accessible and defines our unique qualities as the world’s learning company.

“Above all, we wanted to create a brand that captured the curiosity and excitement of learning.”

The new identity is rolling out from this month and Together says it will remain as brand design consultancy for Pearson on an ongoing basis. 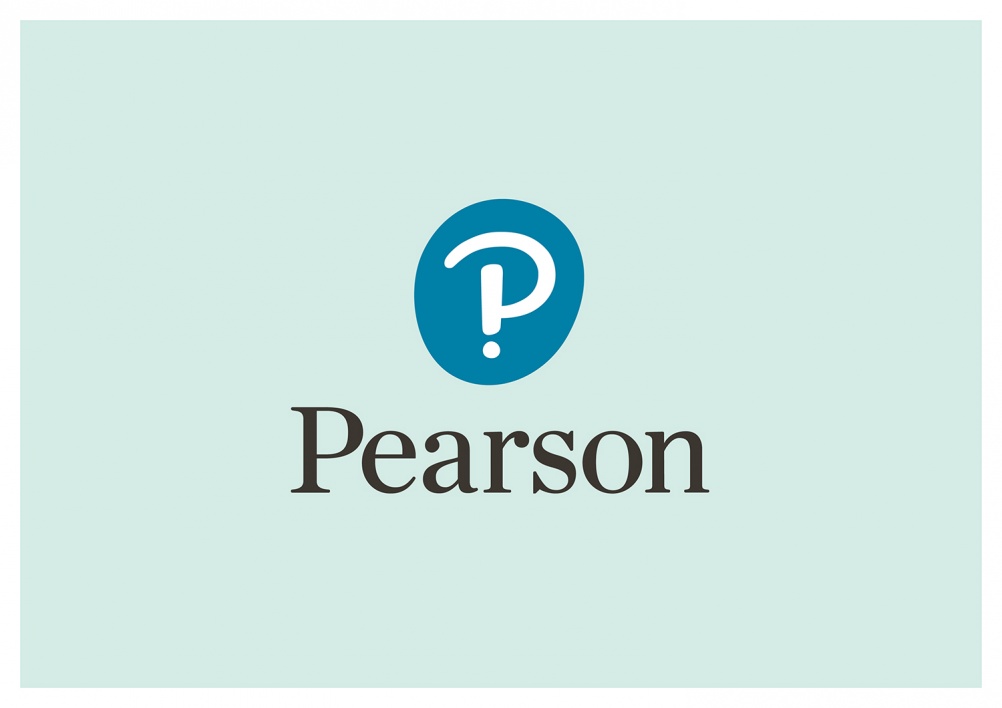 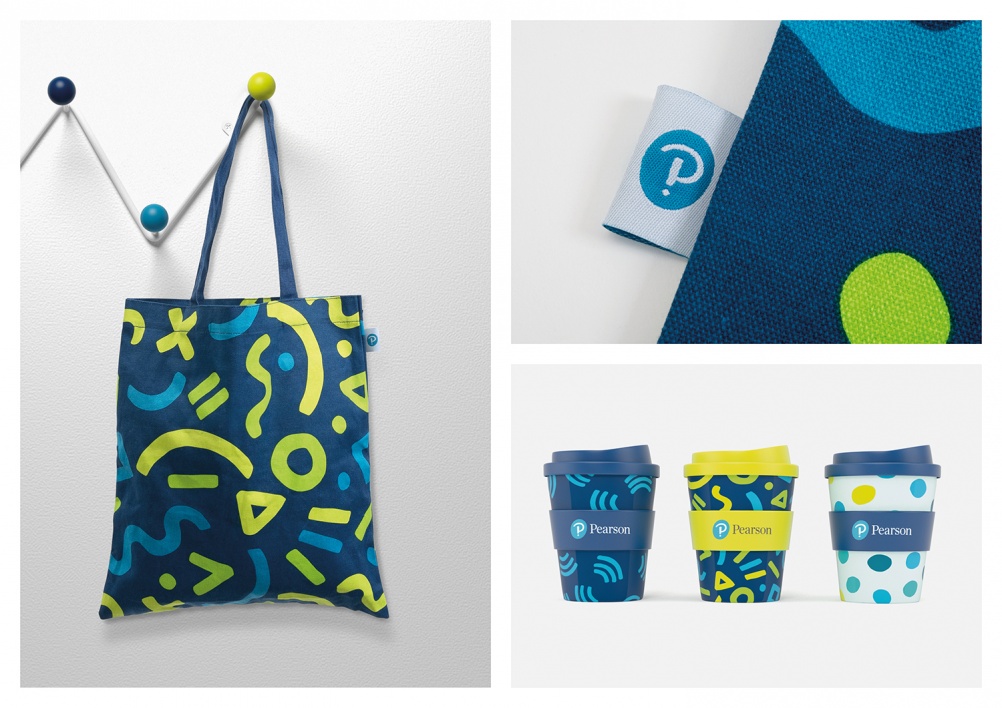 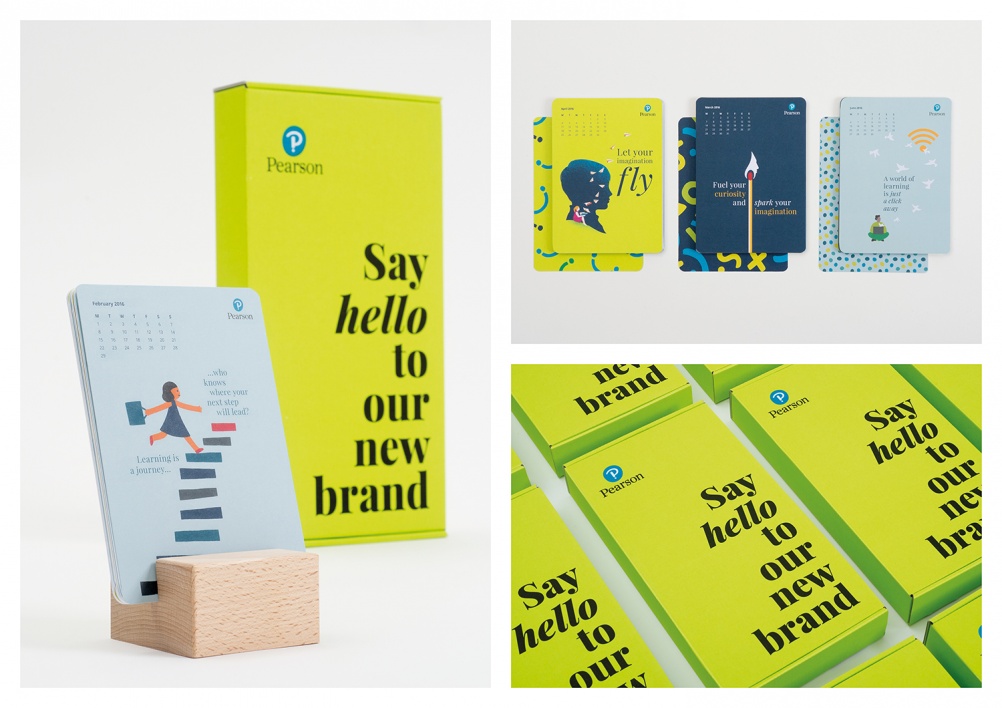 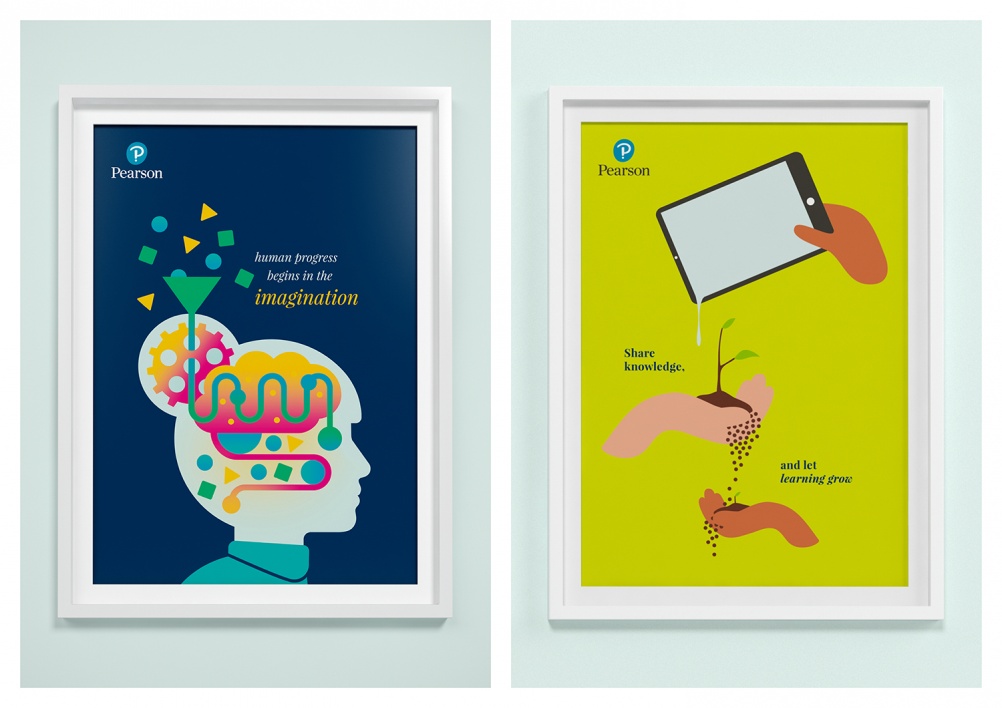 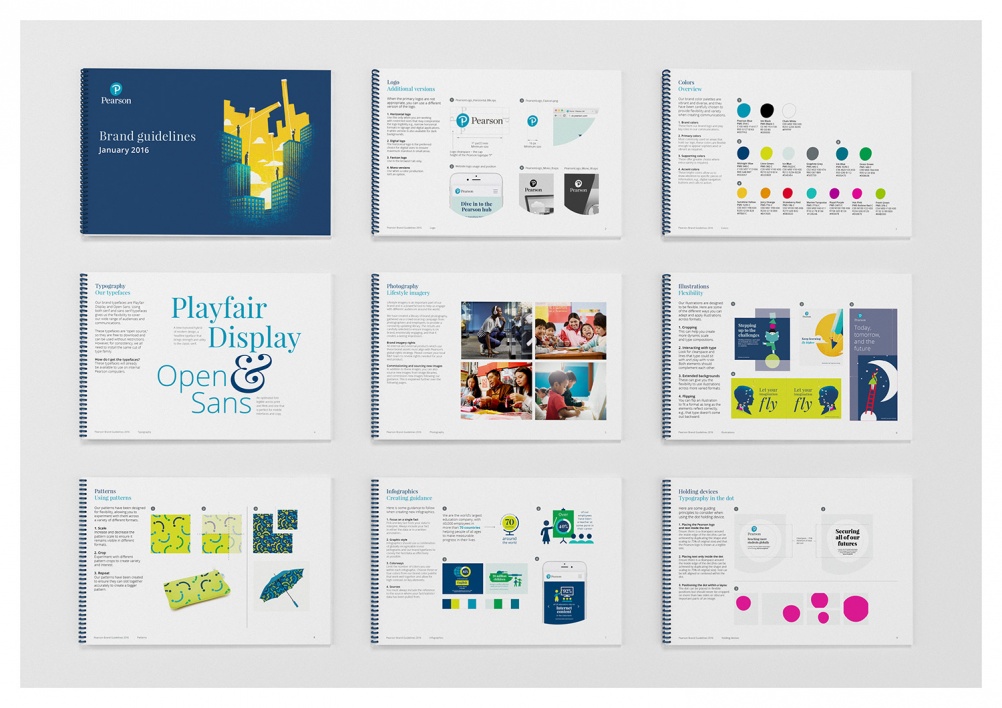 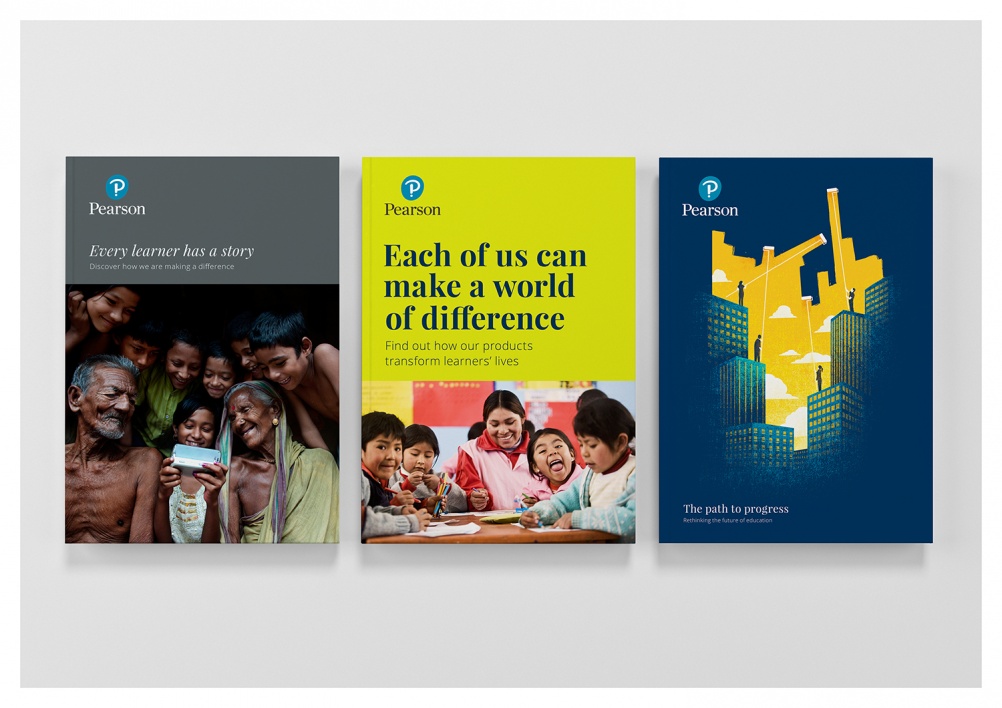 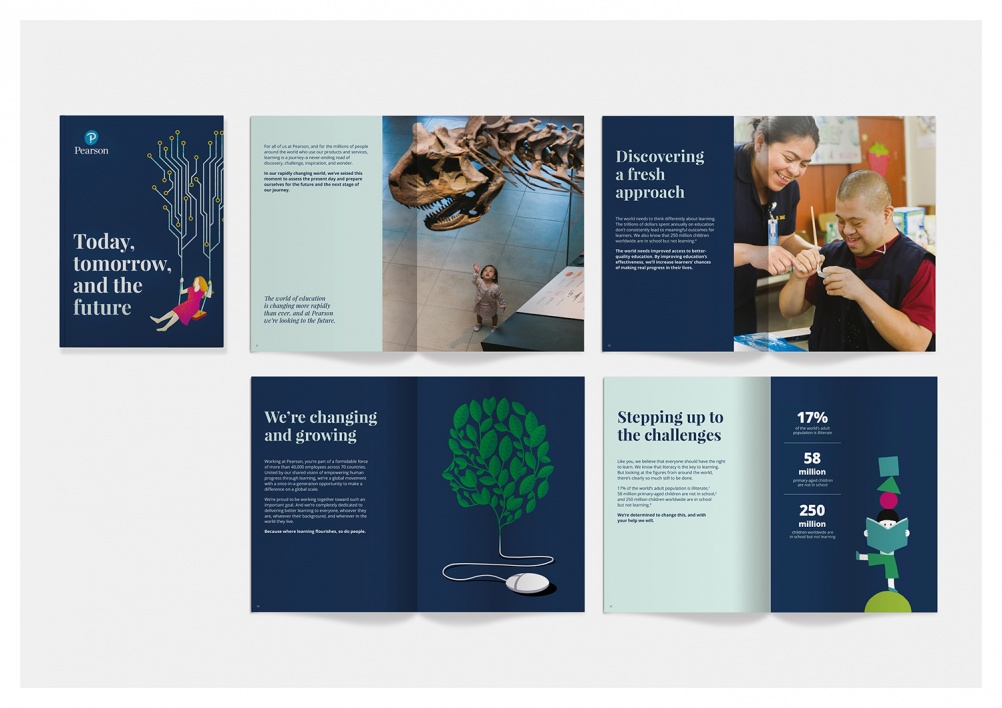 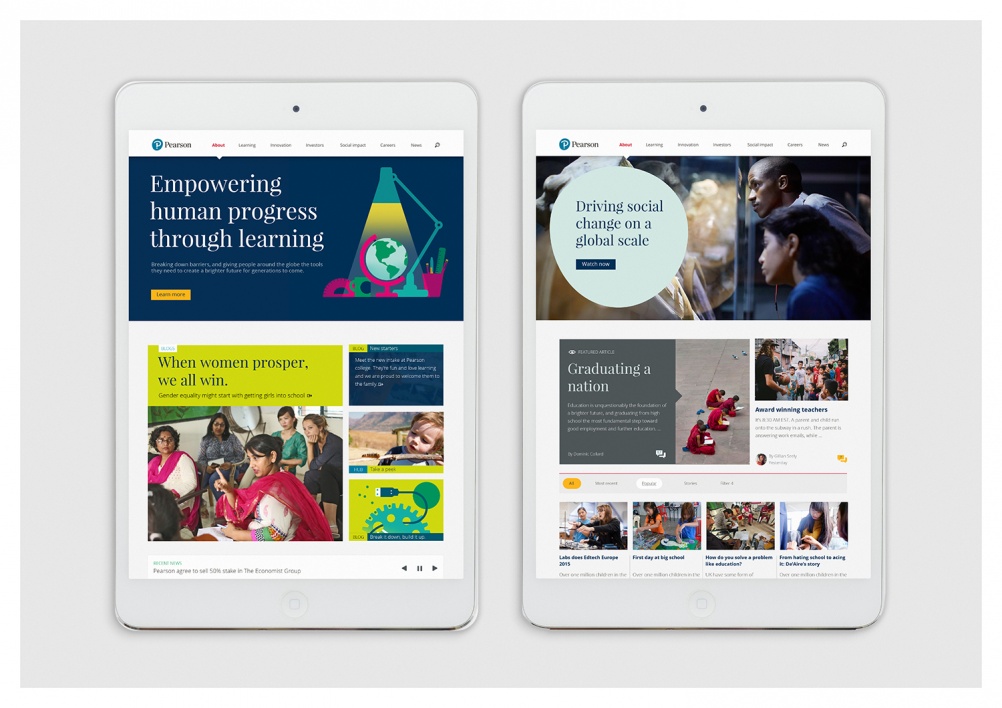 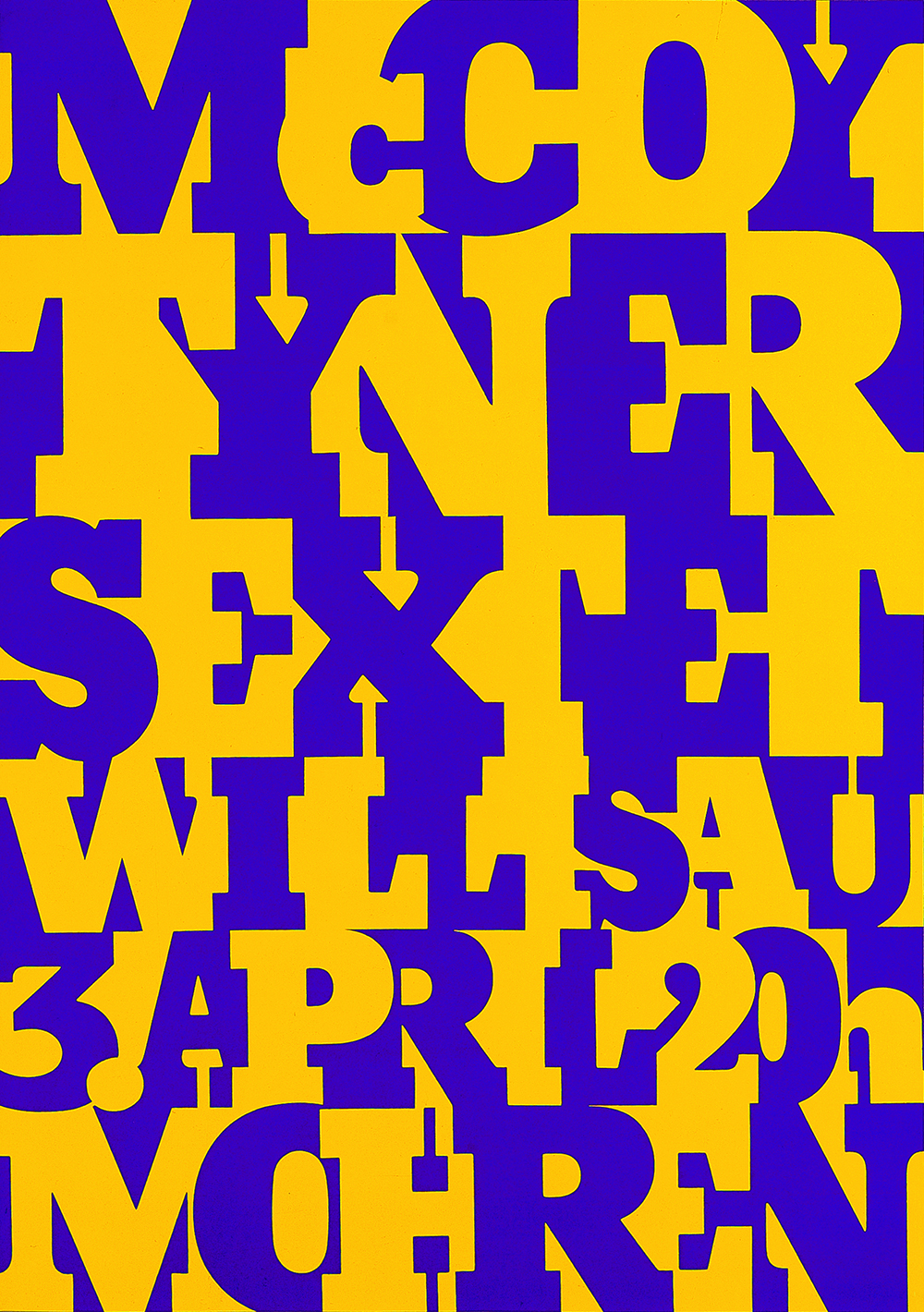