Worried about that tightening belt after a big lunch? Trousers falling down after an athletic gym session? Perhaps you’ll consider Belty, designed by Paris-based company Emiota and showcased to the world just as we are all lumbering from the excesses of December into an abstinent January.

The belt, which expands and contracts with the wearer’s waistline, isn’t the prettiest thing we’ve seen at CES – in fact it looks rather like a boxer’s trophy belt – but it is to all intents and purposes, functional. 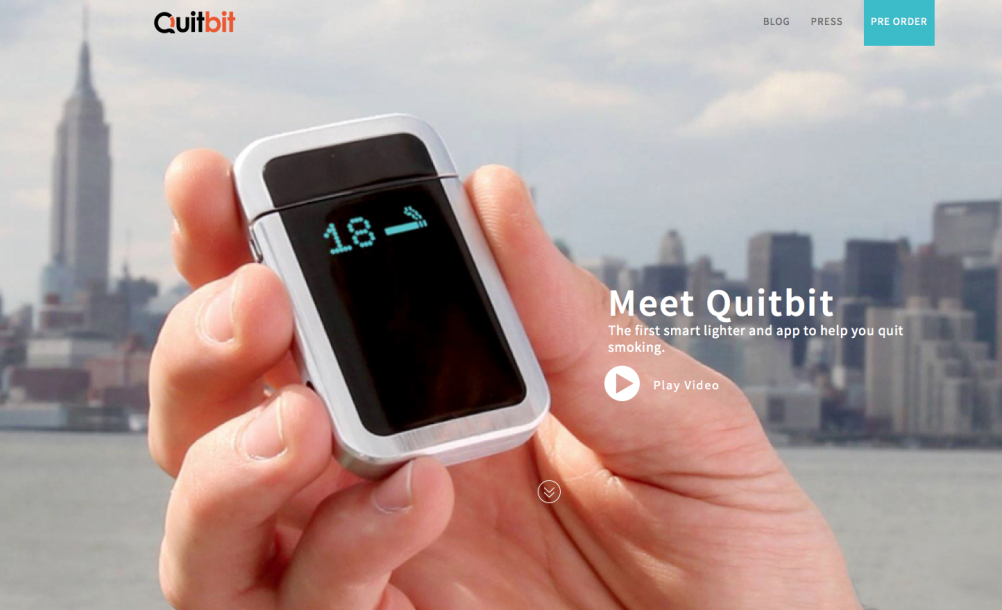 Sticking with the theme of moderation, you might also be interested in this “smart lighter”, designed to help you kick the habit by keeping track of your smoking.

A digital display helps you see how many cigarettes you’ve smoked and connects with a Quitbit app on your phone so you can see further information and make informed choices accordingly.

It lights cigarettes with a powerful heating coil, without gas or flames, it has a one week battery life and you can’t lose your lighter while it’s synched with your phone. 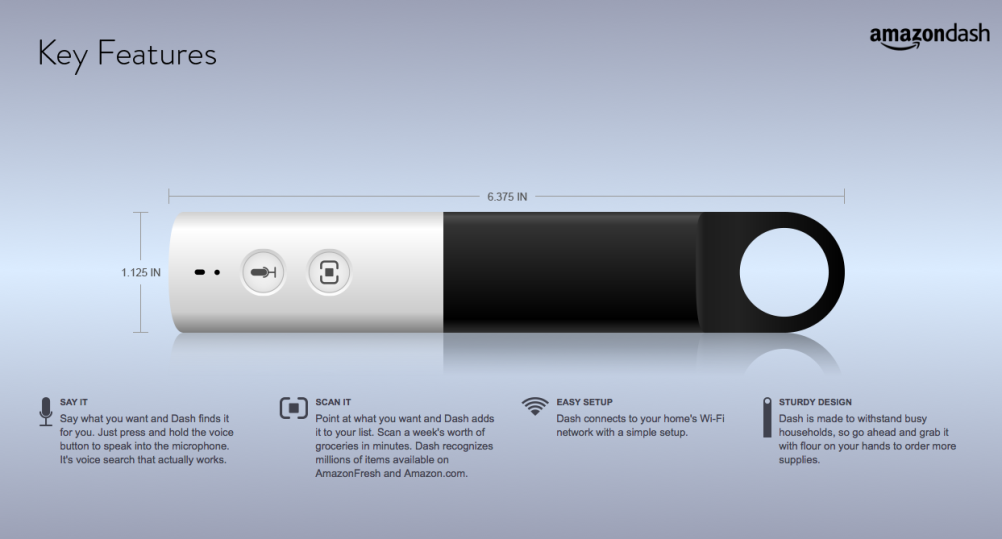 The Dash is a sort of wand designed for the home, which allows you to order groceries by talking into it or scanning empty packaging. It connects up with your home Wi-Fi and uses the AmazonFresh distribution network.

AmazonFresh currently operates in California, San Francisco and Seattle and people who live in these states can apply to test the new Dash.

Rollkers are essentially motorised skates, which attach to your shoes. On the one hand there’s a joyfulness about them which is hard to ignore and it feels like the design has been lifted straight from the pages of the Beano.

There’s also something terribly dystopian about them, particularly as they appear to have been positioned as an alternative to walking.

The Rollkers website advertises “The World’s first electronic undershoes” with a strapline “Walk TWICE as FAST.”

The Ring, designed by Logbar, might not have got the aesthetic and functional balance quite right, but seems to have caught the attention of CES attendees.

It connects to a Ring Hub platform and uses infrared signals prompted by the wearer’s gestures to perform tasks around the house like controlling the TV, lights and even drawing your curtains.

It’s actually a second-generation Ring product – the first had some problems as its zinc properties interfered with phone signals.

Exactly how wearable it is and whether people like the idea of parading around their own homes behaving like amateur magicians remains to be seen.