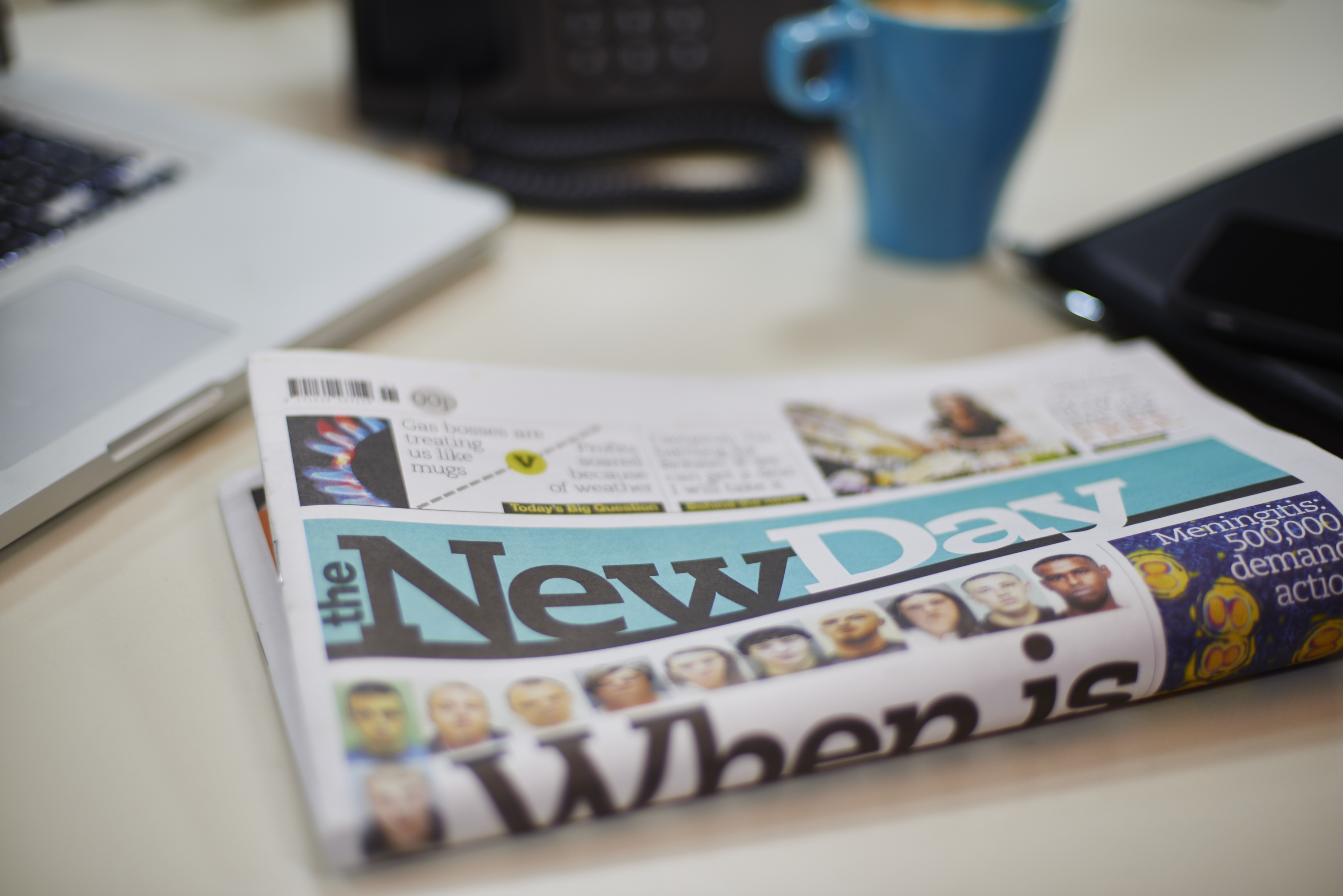 Publisher Trinity Mirror is set to launch The New Day, which it claims is the UK’s first standalone national daily newspaper for 30 years.

A dummy issue of the newspaper has been released, and it will be available across the UK from 29 February.

The New Day has been designed in house by a team led by Trinity Mirror group creative director Susan Topping.

Its publisher says: “The New Day will cover news and topical content but with a modern style and tone, aimed at a wide audience of women and men who want something different from what is currently available.”

The New Day will, according to Trinity Mirror, “report with an upbeat, optimistic approach” and be “politically neutral”.

The newspaper is described by its publisher as “visually striking”. It features a cyan masthead and will run to 40 pages each day.

The newspaper will be printed on “high-quality” newsprint and is understood not to feature a leader column.

According to a spokesman for Trinity Mirror, “page creators” will responsible for every aspect of each page’s content, including writing, captioning, headlines, layout and checking for legal issues.

The New Day will be available for free from more than 40,000 retailers on its first day, Monday 29 February, and then will trial at 25p for two weeks before retailing at 50p after that.

It has been reported that, while it will have a social media presence, The New Day will not have a website.

Alison Phillips, editor of The New Day, says: “There are many people who aren’t currently buying a newspaper, not because they have fallen out of love with newspapers as a format, but because what is currently available on the newsstand is not meeting their needs.

“This paper has been created as a result of customer insight and is the first newspaper designed for people’s modern lifestyles.”

Simon Fox, chief executive of Trinity Mirror, says: “Over a million people have stopped buying a newspaper in the past two years but we believe a large number of them can be tempted back with the right product.

“Revitalising print is a core part of our strategy in parallel with digital transformation and there doesn’t have to be a choice between the two – newspapers can live in the digital age if they have been designed to offer something different.”

Paula Scher: “The maps convey a spirit of place”