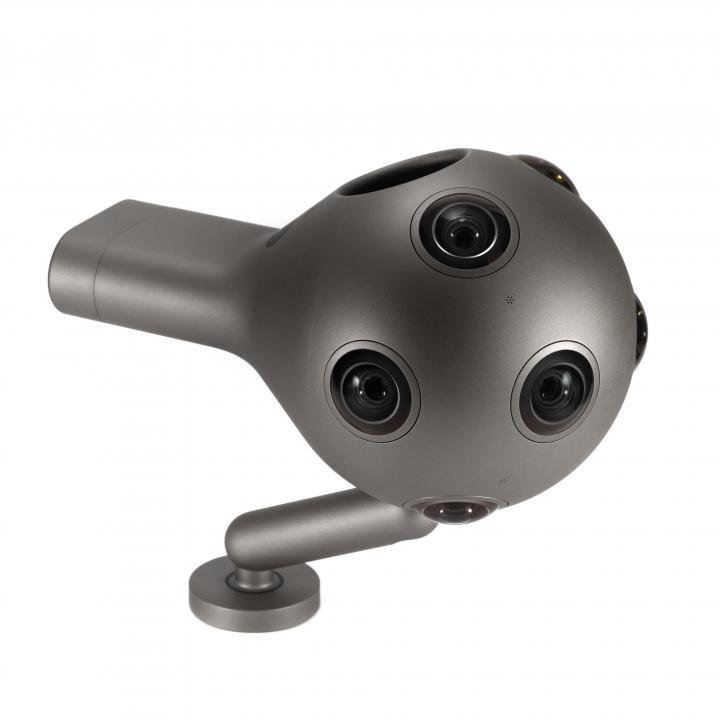 Nokia has launched a virtual reality camera aimed at enabling digital professionals to film and create “immersive” footage on one single device.

Controlled through one device

The company says the Nokia Ozo is “the most advanced virtual reality capture device ever”, as it puts an end to “complex multi-camera rigs” by providing “elegant workflow” in one product.

The Ozo is a spherical camera with multiple lenses and eight microphones, which allow the user to film 360° video and surround sound.

While the camera is available commercially, it is a “powerful tool” aimed at “professional creators” who want to explore further possibilities in virtual reality, says Ramzi Haidamus, president at Nokia Technologies.

The camera is controlled wirelessly, and has real-time monitoring enabling it to display all of its camera viewpoints simultaneously via a computer device.

Saves on one memory card

It has a digital cartridge which provides 45 minutes of recording time and saves all video and audio in one place, “rather than a handful of SD cards”, says Nokia. It also uses one output cable, and one power and memory cartridge.