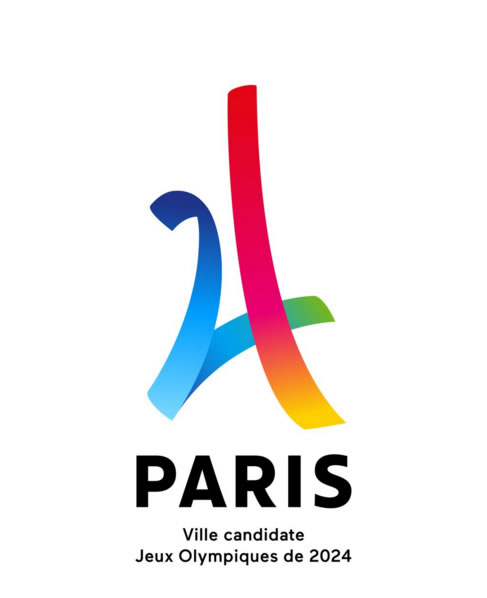 Paris has unveiled the logo for its Olympic 2024 bid, by projecting it onto the Arc de Triomphe.

It is comprised of a multicoloured icon that mimics the Eiffel Tower, and echoes the number “24”at the same time.

While referring to the 2024 Olympics, it also aims to mark the centenary of the last Olympics held in Paris in 1924.

Paris declared its bid for the Olympic and Paralympic Games 2024 in June last year, and is in the running against other shortlisted cities Budapest, Los Angeles and Rome. Germany’s Hamburg was also a candidate city, until it dropped out of the competition in November 2015 following a public vote.

The logo for Rome has already been unveiled, and was designed by an in-house bid committee team. The designs for Los Angeles and Budapest are yet to be revealed.

The winning city will be elected by the International Olympic Committee in Lima, Peru, in September 2017.