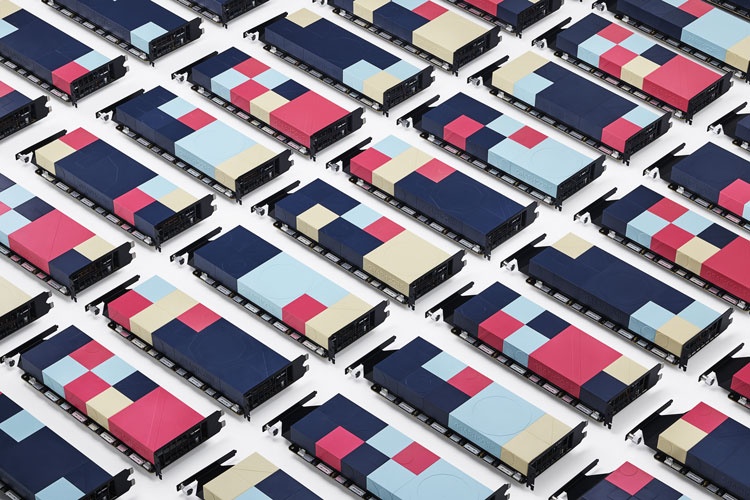 Pentagram has partnered with Map on an industrial design project for Graphcore, a machine learning technology start up.

The company, which has its headquarters in Bristol and offices in the USA and Norway, creates products that provide a platform to improve artificial intelligence applications.

These include an Intelligence Processing Unit (IPU) that is optimised to work efficiently with machine-learning systems.

The design team led by Pentagram partners Jody Hudson-Powell & Luke Powell and Map creative director Jon Marshall, who has since also joined Pentagram as a partner, has created the design of Graphcore’s intelligent processing unit (IPU) and rack mount chassis. 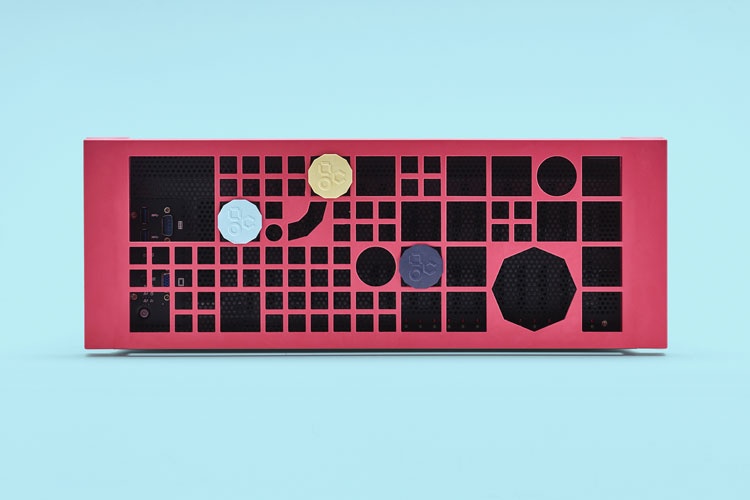 It has aimed to steer away from the idea of computer systems being anonymous machines “living in cold dark boxes in even colder darkened rooms” and instead focused on “individuality” and creating a “playful” feel with the design, according to Pentagram.

The team has drawn on the visual identity previously created by Hudson-Powell & Powell, which includes a pattern generator, as the basis for the look of the industrial design.

Each IPU has been given a distinct identity by applying nine injection-moulded plastic tiles to it out of a selection of 50 – this allows for 1000 different design combinations.

Jon Marshall says the variety of different colour combinations has given each unit “its own personality”.

Pentagram has also developed a software tool called Quadtree, which generates patterns, layouts and colours for new tiles, based on the company’s visual identity, with future products in mind.

The chassis, which allows for eight IPUs to be connected, also draws on the existing identity in its front face, particularly focusing on the patterns which act as apertures for airflow.

Following the brand’s colour palette of light and dark blue, a pale yellow and a soft red, the patterned airflow grid can be customised further by attaching clip on shapes.

Jon Powell says the bespoke colourful front panel for the chassis “stands in contrast to the usual dull black boxes in server rooms”.

The design studios have worked closely with Graphcore to ensure the plastic tile system works smoothly with the technical aspects, which has involved creating “custom sized heat sinks for the IPU chips” which has provided space to fit the tiles.

While the design team acknowledges that it is “unusual” to pay this much attention to the aesthetics of a product that sits inside a computing system, it justifies this by saying it is important that the design reflects Graphcore’s “unique breakthrough technology”.

The branding project for Graphcore carried out by Pentagram last year, included a shape generator which can create “infinite patterns” that can be used to illustrate the firm’s content and products. 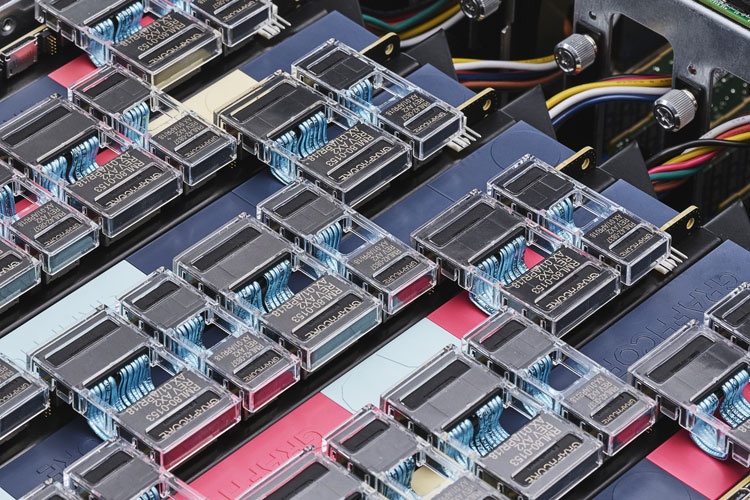 The generator, which provides “part-random and part-weighted” results, aims to help the company find the right imagery to use in a “speculative” industry, in which finding the right images to illustrate an idea can prove difficult, according to the studio.

Jody Hudson-Powell explains the pattern generator stemmed from some ideas the team had early on in the design process.

“One was figuring out a way of generating abstract imagery in lieu of adequate stock photography, and another was using the geometry of the typeface to create patterns,” he says.

“We started by coming up with the sort of pattern and grid we’d like to generate manually and then worked backwards from there.” 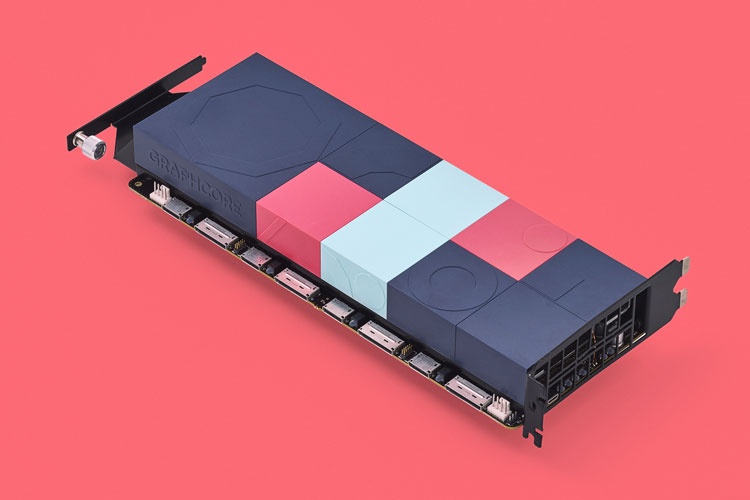 He adds: “The generator first subdivides randomly, then places shapes randomly – but it’s much more likely to place a shape if it’s going to be next to another one. The user can also alter the probability of the different shapes appearing.”

Pentagram has also defined the tone of voice for the company which aims to be “conversational” and “optimistic” and has selected a “soft” colour palette.

The aim of the branding was partly to steer away from any “negative connotations of artificial intelligence, including the implicit gender bias that machine learning can inherit from its creators and the data they use”.

The identity is based around the idea of “resolutions”, with elements which change in response to the environment. The studio has also created a logo, topography and a visual toolkit complete with glyphs and shapes.

A typeface called Graphcore Quantized has been created by Pentagram, which changes its appearance as the user types. This formed the basis of the wordmark. 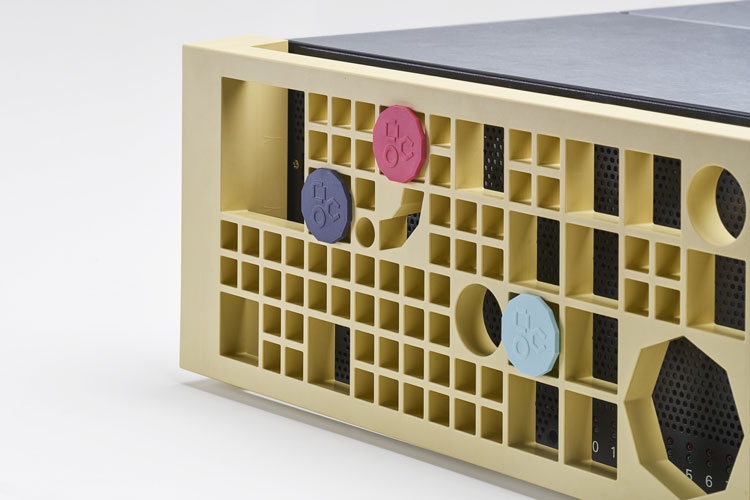 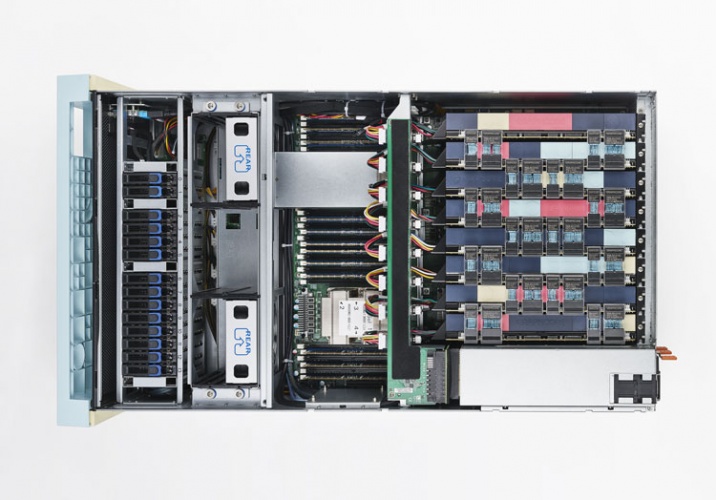