Planned Parenthood, the US’s most widespread provider of sexual and reproductive healthcare, has launched a digital tool to help those seeking abortions. Abortion Care Finder provides users with location-specific information, which includes state laws, treatment requirements and the location of nearby clinics. 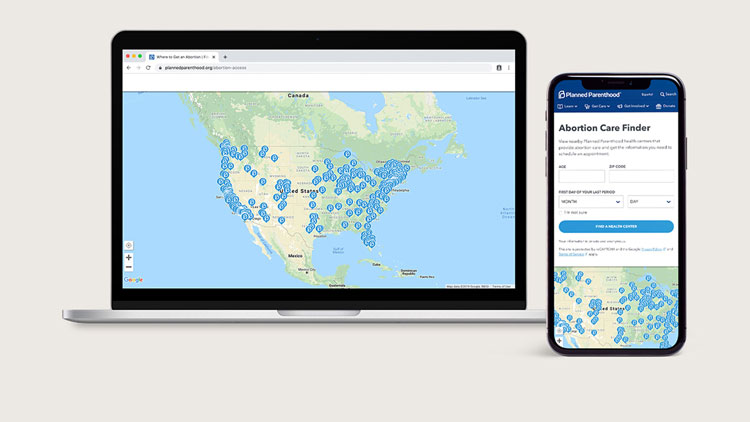 It has been designed inhouse and is available on mobile and desktop. Users are asked their age, zip code (postcode) and the first day of their last period and are given information and resources tailored to them.

Development for the tool began last year, when Planned Parenthood noticed an increase in searches on its website that were variants of “abortions near me”. “Even though abortion is legal in the United States on a federal level, every day there are new restrictions that look to confuse people,” says Ambreen Molitor, senior director of the Digital Products Lab at Planned Parenthood.

After identifying this trend, Molitor says the team tasked themselves with creating a “dynamic, real time” tool that would address the questions being asked. “We knew the tool couldn’t be a static page that we added information to periodically,” she says.

“Restrictions are changing every day and depending on a person’s circumstances, the answer to whether or not they can access an abortion can be completely different.”

There are six states in the US, for example, that have just one abortion clinic, making physical access difficult in many cases. And beyond actually getting to a provider, laws in different states can require anything from more than one visit, parental permission from people or a certain age or that the abortion is undertaken within a limited timeframe.

In the development process, Molitor says there were three stages the team had to work through. “The first thing was to figure out what people were actually asking with these questions – were we being asked by patients or advocates, for example,” she says.

“And then once we understood that, we had to work out what information these questions required and how we could relay it in an easily digestible way.”

From there the task was how to actually deliver the content. “The solution ended up being this tool that simultaneously gives information from two data points: our health centres and state legislation,” Molitor adds.

The end result is an interface designed to be accessible. It provides users with estimates for how far along they are, the options different clinics provide (in-clinic abortion or abortion via medication) and how to book appointments, all the while navigating individual state laws. 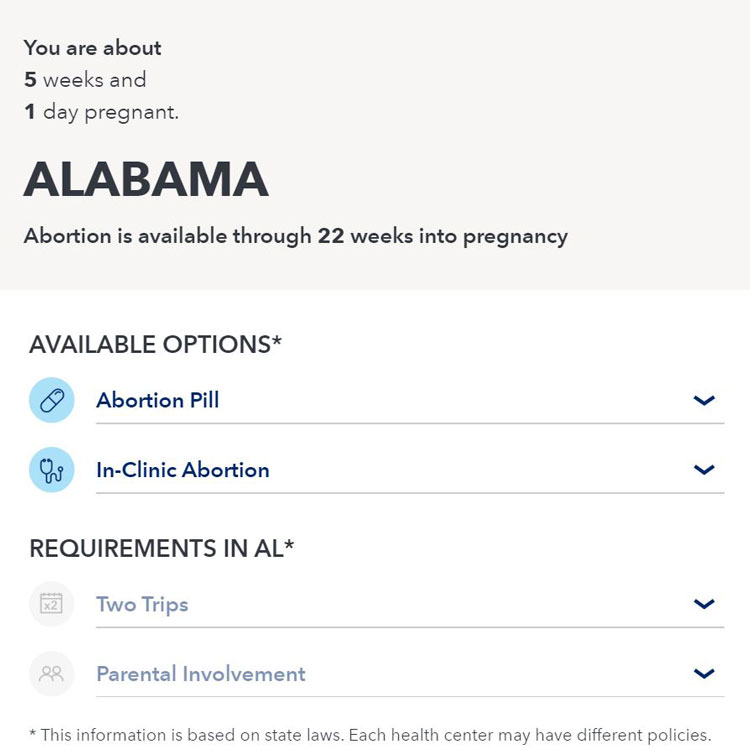 In the last 12 months, abortion rights have become a highly contested issue in the US. At the beginning of this year, nearly 30 states sought to introduce some form of abortion ban into their legislature. Of those, some 15 were specifically looking to adopt so-called “heartbeat bills” – laws that would ban abortion after six weeks of pregnancy.

Though the progress in adopting these bills has varied from state to state, regulations in many areas are increasingly complex and confusing. According to Alexis McGill Johnson, acting president and CEO of Planned Parenthood, the Abortion Care Finder tool seeks to cut through the misinformation and culture of fear many abortion seekers experience.

“As politicians are increasingly trying to keep people from accessing care or even information… [our tool] uses technology to help put agency back in the hands of our patients,” she says. 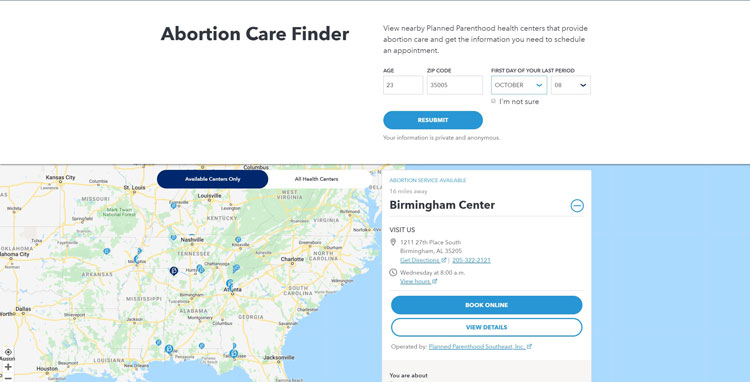 They include Roo, a chatbot designed to help young people access personalise health information instantly; Spot On, a period tracker app; and the Telemedicine Abortion service, which aims to improve patients access to abortions in rural areas via health-centre-to-health-centre video link ups.