NB Studio has rebranded kids’ fashion brand Petit Pli with an identity that focuses on the unique nature of the clothing, which physically grows as babies and toddlers get older.

Petit Pli was developed by Royal College of Art (RCA) graduate and aerospace engineer Ryan Yasin, and won a James Dyson Award in 2017.

The clothes are made of a pleated, stretchy, polyester material, which expands as children get older. The clothing grows seven sizes, up to the age of four.

The idea is to reduce clothing waste and save parents’ money, as children move up several sizes in the first few years of their life. A report from the Centre for Economics and Business Research previously found that parents spend nearly £11,000 on clothes for one child, up to the age of 21. 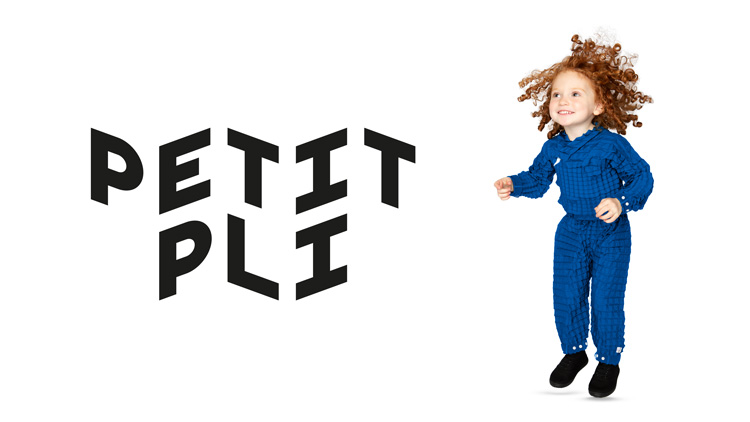 NB Studio’s new logo for Petit Pli mirrors the the material’s folded concertina shape, and is made up of a misaligned wordmark.

This logo was created by stretching out a pair of Petit Pli trousers, placing paper letterforms on them, then allowing the trousers to shrink and contract, finally assessing how the letters became distorted, says Sam Pittman, designer at NB Studio. When the logo is animated, it stretches out, like the clothing. The idea was to “let the clothes create the logo”, Pittman says.

To recreate this effect typographically, NB Studio has adapted existing sans-serif typeface Raoul, warping it to create a concertina effect.

The overall identity has been based on four themes, Pittman says: sustainability, fashion, kids and space, given that the company founder is an aerospace engineer, and has employed this knowledge in the structure of the clothing. 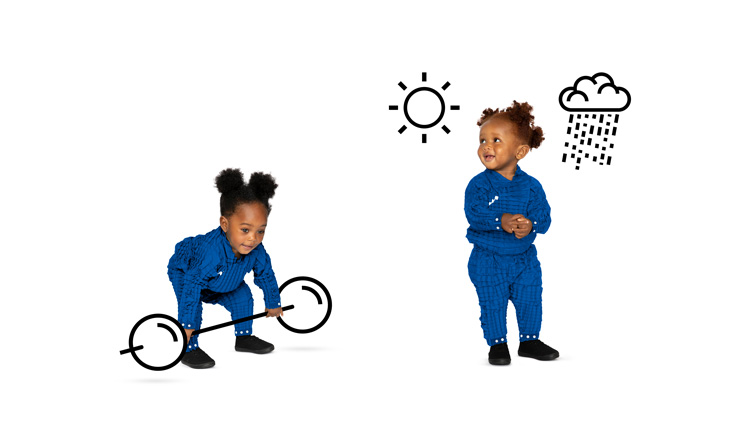 This led to a graphic style of photography coupled with line-drawn illustration, which demonstrates different attributes and qualities of the product range; a child weightlifting implies the strength of the material, and a child being rained on shows the clothing is waterproof.

“Before, Petit Pli used graphic icons to show product features, such as a water droplet to indicate waterproof,” says Pittman. “It was quite technical, and we wanted to represent these features in a more human way.”

He adds that having photography of kids adds a “cute factor” to the brand and looks to appeal to Petit Pli’s main audience of parents. 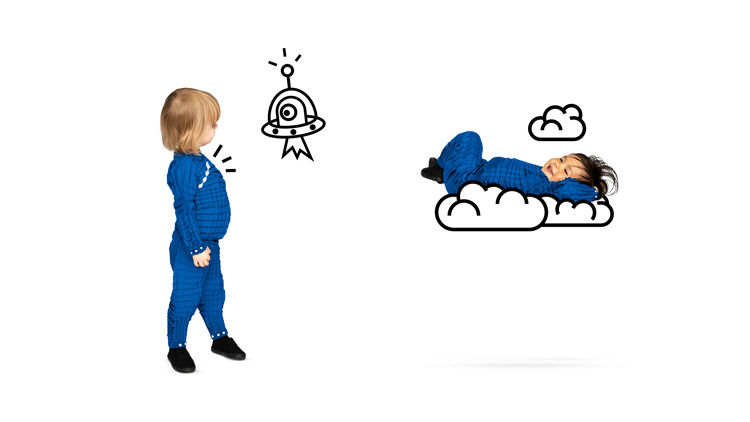 The core palette is monochrome, to complement colourful clothing ranges, says Pittman, but in the future roll-out of the brand, black and white will be used alongside three colour gradients in graphic communications: orange to dark orange, purple to pink-red and blue to white.

The pleated structure has also been used across print materials, with the clothing care booklet and business cards following the same concertina, fold-out shape.

As well as branding and communications, NB Studio has also designed the structural packaging for the product. 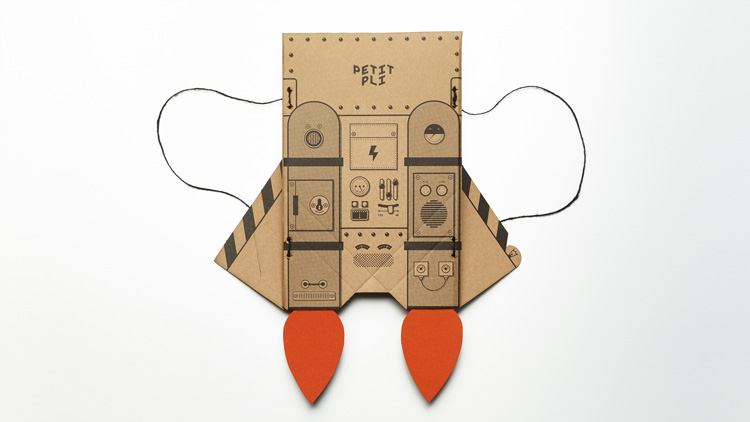 The product box has been designed in an “origami” style says Pittman, and comes with instructions for parents to reshape it and transform it into a jetpack after the clothes have been unpacked. This aims to give the box a “new life” by turning it into a kids’ toy, playing on the idea of sustainability and extending the use of products.

The cardboard packaging has been sourced sustainably from the Forest Stewardship Council (FSC), Pittman adds, which gathers wood and paper that has been recycled or that has been collected from well-managed forests.

The clothes are also wrapped in pleated paper, which is leftover material used in the production process of the clothing, again “repurposing”. 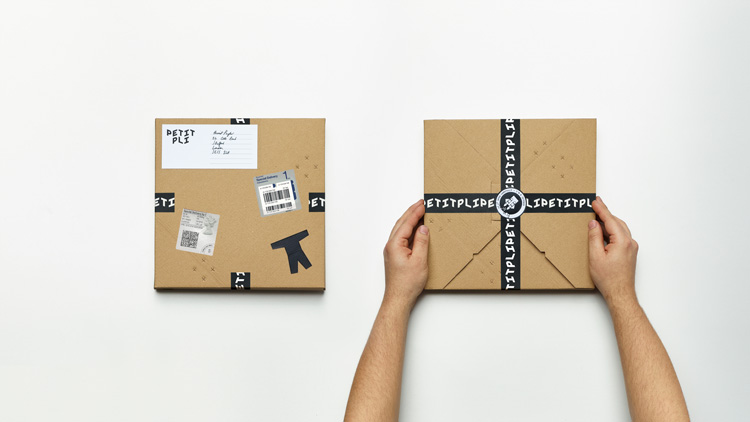 “While polyester is not the most sustainable material, the brand is focused on extending the life of clothes, and so reducing landfill,” Pittman says.

The fashion industry is a big contributor to landfill waste; it is the world’s second-biggest polluter, behind oil, with the production and disposal of textiles making up 10% of global carbon emissions, according to The Guardian.

Petit Pli’s new branding is currently rolling out across all touchpoints, including print and marketing materials, digital platforms such as social media and the website, and product packaging. The new structural packaging has now rolled out. 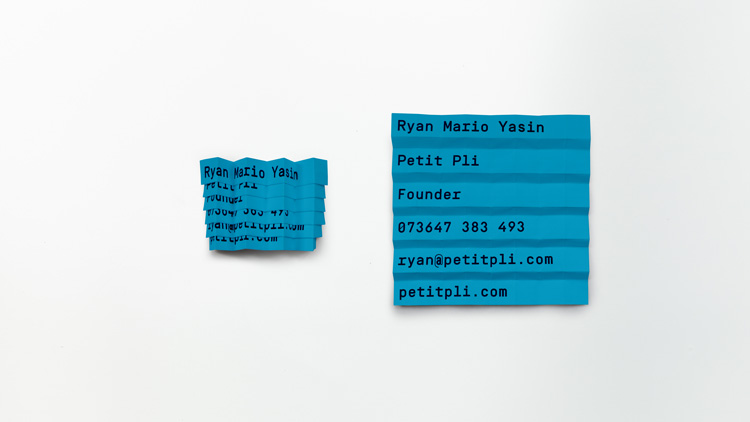 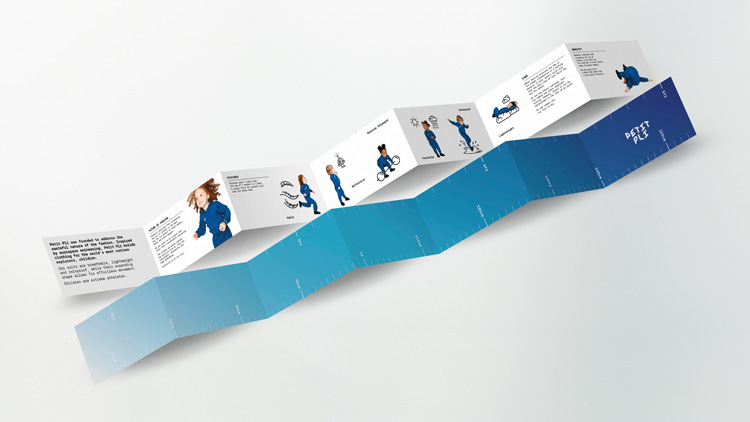 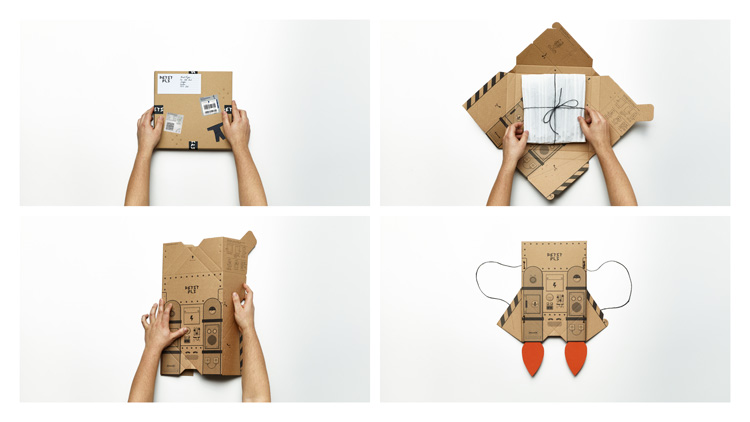 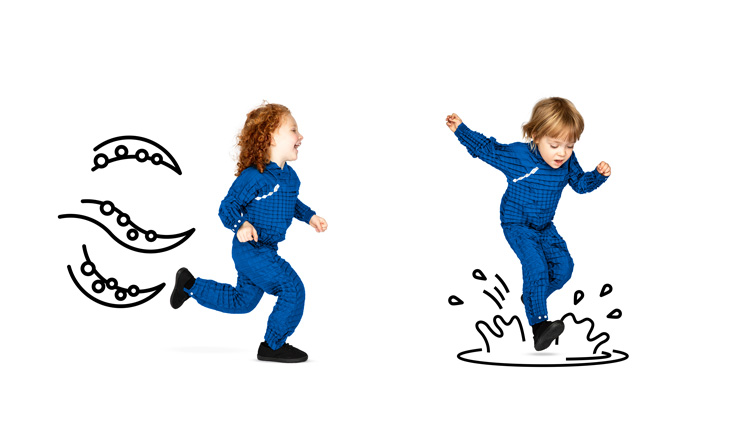