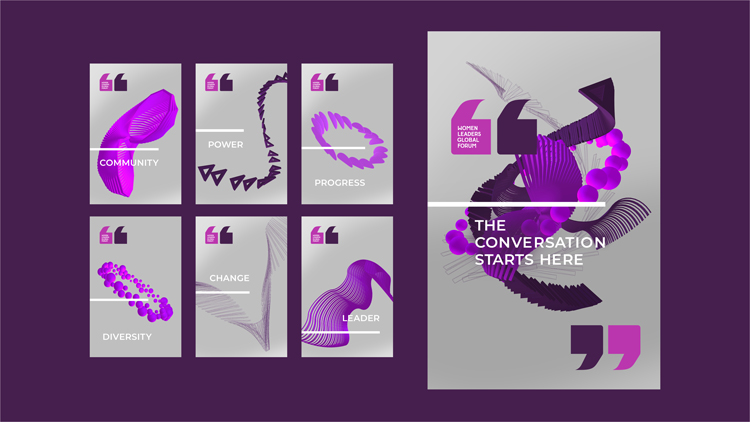 Landor has designed an online tool that looks to create a live, real-time debate about the issues women face in getting into leadership roles around the world.

The Pulse is a new website and tool that uses an algorithm to crawl Twitter for conversations that are happening about women, business and leadership.

It collate and curates Twitter posts into six key topics, which include “power and women”, “progress and women”, “diversity and women”, “change and women”, “community and women” and “leader and women”. It organises these into an interactive infographic, which can be manipulated and played with on The Pulse website. As people upload more posts, the graphic changes and adapts as the conversation changes.

The infographic can be turned by 360-degrees to see it at all angles and discover new conversations, and when a user clicks on one part, the original tweet expands, given them insight into exactly what was said and who said it. The graphic grows or shrinks depending on the frequency of discussion, and changes to a darker colour if the sentiment around a topic is negative.

It tracks roughly 10,000 online posts a day and aims to give “real-time insight” into conversations that are happening globally around women and leadership, says Hsu-Ying Fullick, executive creative director at Landor.

“Responsive” to people’s concerns and thoughts 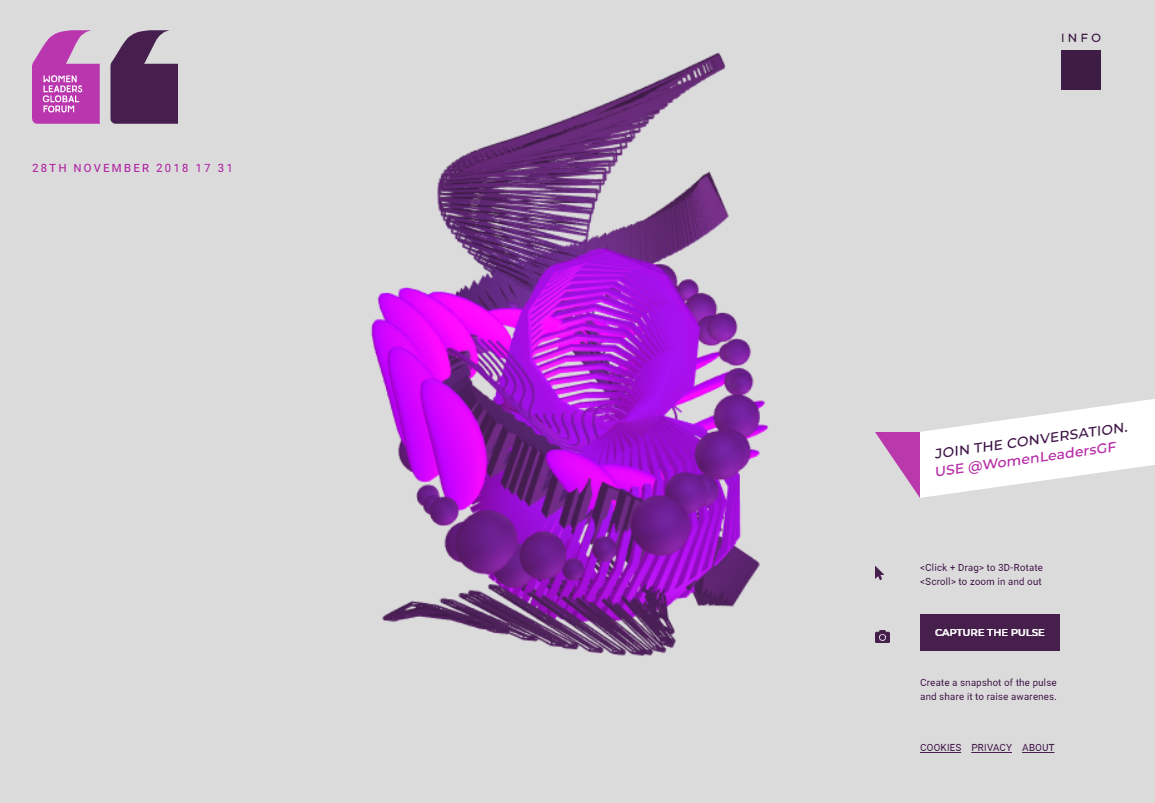 The Pulse has been designed specifically for the launch of the Women Leaders Global Forum (WLGF), run by organisation Women Political Leaders (WPL) alongside the Government of Iceland, which took place this month. Entirely led by women, the WLGF is a forum discussing world issues.

The tool aims to be “responsive” to people’s concerns as well as “socially responsible”, says Fullick.

“The Pulse will act as a clear call to action for policy makers to continue raising their voices for change,” she says. “It is a catalyst for action, [helping] policy-makers and organisations cut through the noise on social media.”

It is intended to be used by both global governments and policy-makers, and the public. For those in power, it aims to provide them with “clear threads of conversation” around issues surrounding women in leadership, and enable them to “reach out directly” to individuals, given that it shows specific tweets.

For the public, it aims to offer them a “digital seat at the table”, says Fullick, and give them a voice in the discussion, so they can “speak directly” to policy-makers and “affect change”.

Fullick adds that the decision was made to create an interactive and changing tool in order to “stay relevant and reflective of the global conversation”, by presenting users with real-time updates and trends.

“The aim of this is to simply start the conversation,” she says. “Social media can, at times, be a challenging place for women. This aims to use design, data and technology as an instrument to drive change and decision-making.”