A pop-up installation designed by London-based consultancy The Liminal Space is travelling the UK’s warehouse depots, in an attempt to boost the health of nightshift workers.

Housed inside a converted shipping container, Night Club was commissioned by the Wellcome Trust to explore how a healthier 24-hour workforce might be created in the UK.

In its mission to deliver comprehensive and accessible health information, Wellcome identified the UK’s nightshift workers as a particularly under-engaged demographic. It noted traditional health messaging rarely reached the group, owing to several factors including language barriers and geographic constraints. 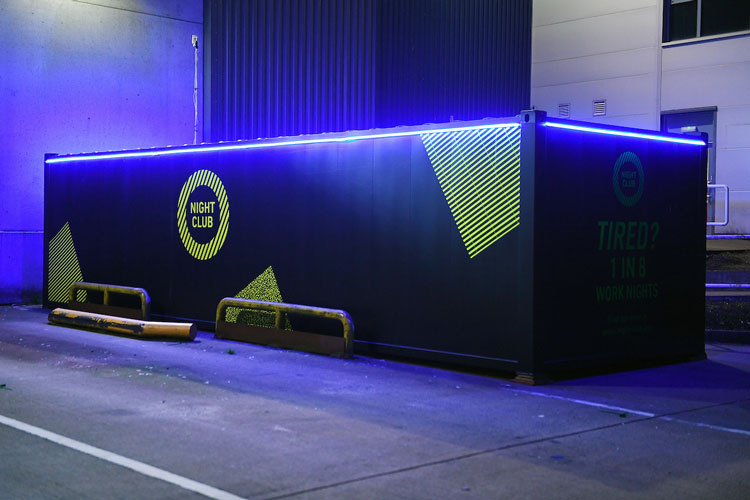 The team was therefore tasked with creating an accessible and engaging health education experience, which has been narrowed down to focus specifically on sleep. “It’s a universal health topic, but it’s particularly important to this demographic of nightshift workers,” says Sarah Douglas, founder and director of The Liminal Space.

At the centre of the project is an “intervention” space, wherein workers can learn more about good sleep habits through educational activities and experiences. These include lessons in how light and their environment affect sleep quality, as well as the impact certain foods can have.

According to Douglas, this has been designed specifically to be attractive to nightshift workers and was informed by extensive research. “When we first went into the project, we had ideas of creating a space that could act as a chill-out area for workers,” says Douglas. 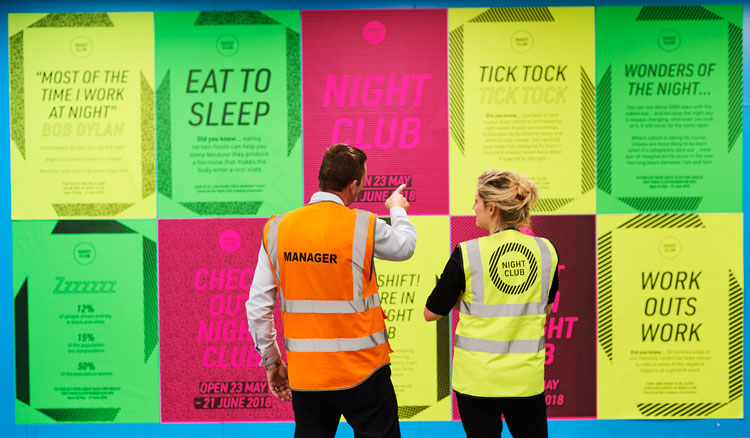 “But actually our research showed what people really wanted was something stimulating that could keep them awake.”

This necessity for brain stimulation informed the design and colour scheme for the installation, which takes its inspiration from the hi-vis vests sported by warehouse workers across the country.

Interestingly, however, it does not include orange. After testing out their final colour choices with a group of nightshift workers, the team was pointed to the fact orange hi-vis is reserved for managers, and thus shouldn’t be included. 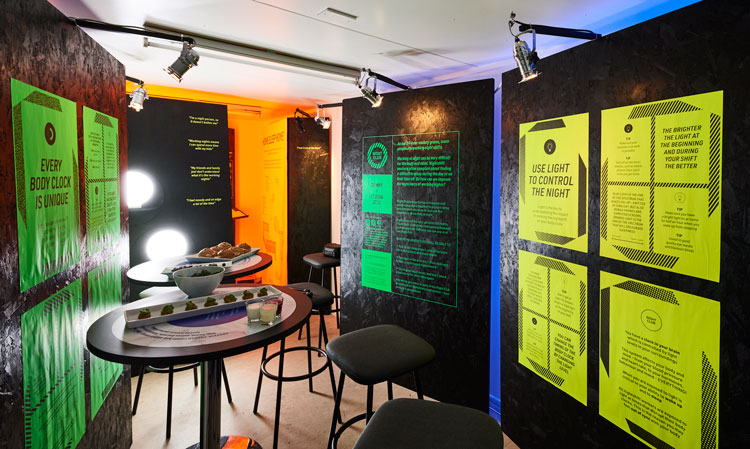 “We worked hard to find that visual language that would resonate with our audience,” says Douglas. “Beyond the Day-Glo colours, the branding and language used is also designed to be accessible – its called Night Club, so we wanted there to be a fun and informal element to it.”

Issues with sleep can have profound impacts on health. A study from Glasgow University found links between bad sleeping patterns and a susceptibility to depression and bipolar disorder, while research from the International Agency for Research on Cancer classified nightshift work as “probably carcinogenic” (likely cancer-causing) to humans.

The pilot for the initiative began in 2018, and saw the pop-up installed in one of Co-op’s busiest warehouses over a six-night period, with 150 people engaging with the project. After a successful pilot, the project was rolled out to nightshift workers at John Lewis Partnership and Thames Water in summer 2019.

Now, Night Club will continue its work with Co-op with the installation visiting eight warehouse sites throughout the rest of autumn, as well as beginning new partnerships with IFS and Morrisons. 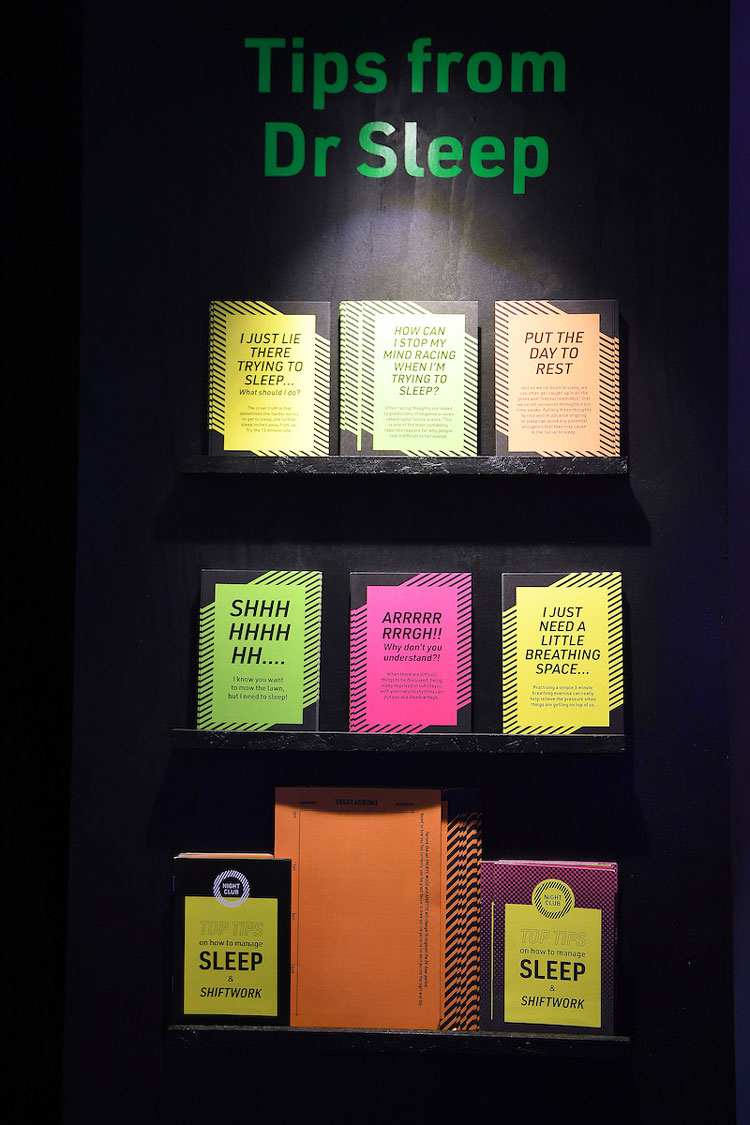 Become a better designer with these UAL short courses