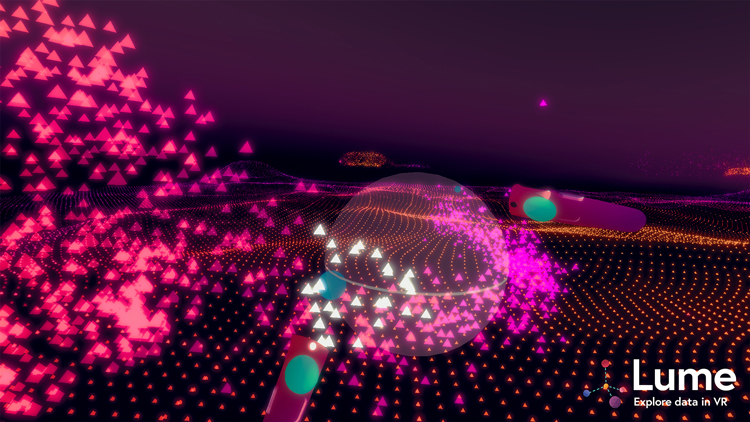 Lume is a data visualisation tool that uses VR to present findings from research and has been developed alongside a medical laboratory at Cambridge University, TheLeeLab.

Although it has initially been used to present microscopy data, which is helping medical researchers at TheLeeLab predict the onset of auto-immune conditions like arthritis and type one diabetes, Imagination says Lume could be used to depict dense data across different industries, from medicine to astronomy, finance and automotive.

Examples for where it could be used include exploring lidar scans from self-driving cars, which are laser projections that decide how the car will drive, analysing financial data, finding patterns in astronomical data and delving inside white blood cells.

Look at data in 3D 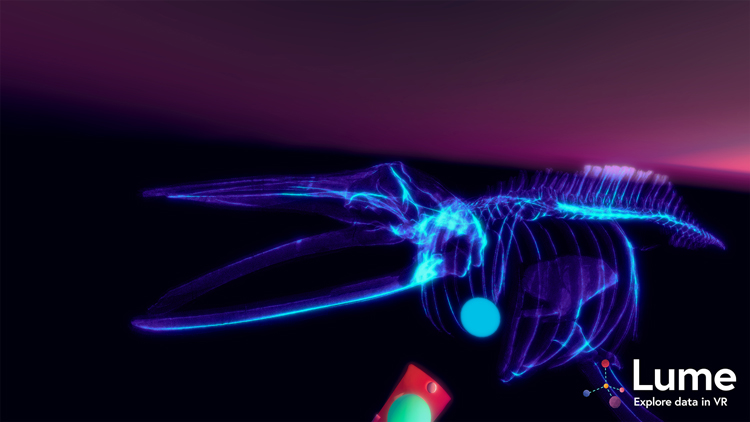 Through a VR headset, audiences can look at data, such as graphics, charts and graphics and even raw data such as looking inside a human cell, in a more three-dimensional way.

Controls enable the user to scale, rotate and highlight certain points, and many users can interact with one piece of data at one time.

The aim of the project is to create more “public engagement with science”, says the design studio, by presenting data to audiences in a “visually stimulating and intuitive” way, enabling more people to understand complicated information.

Lume is a project that has come from Imagination’s in-house innovation programme, Imagination Labs, which works on projects combining creativity and new technology.

“Scientists find it difficult to communicate their research” 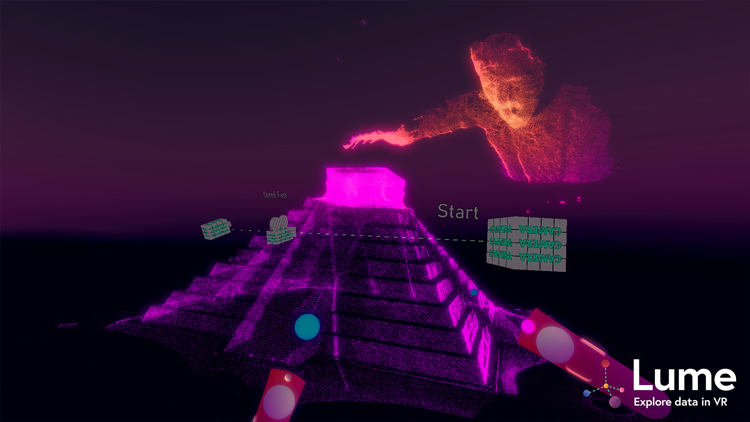 Alexandre Kitching, CEO at Lume and project lead at Imagination, says: “This project was spawned from the fact that scientists are finding it difficult to communicate and visualise their research. We discovered that current tools are not adapted or accessible enough, and VR offers an accessible way of exploring and understanding fundamental research.”

“[Lume] makes highly complex data intuitive to understand, patterns easier to recognise and insights more compelling to present and share with everyone,” he adds.

The aim is for the tool to be used by anyone, from scientists to the general public. “Lume is open to everyone,” Kitching says. “For analysts, it offers a new perspective on their work, and for their audience, whether clients, collaborators or the public, it’s a chance to make data digestible and accessible”.

Lume is currently in use at Cambridge University’s TheLeeLab, but will soon be available to scientists, researchers and other industries.