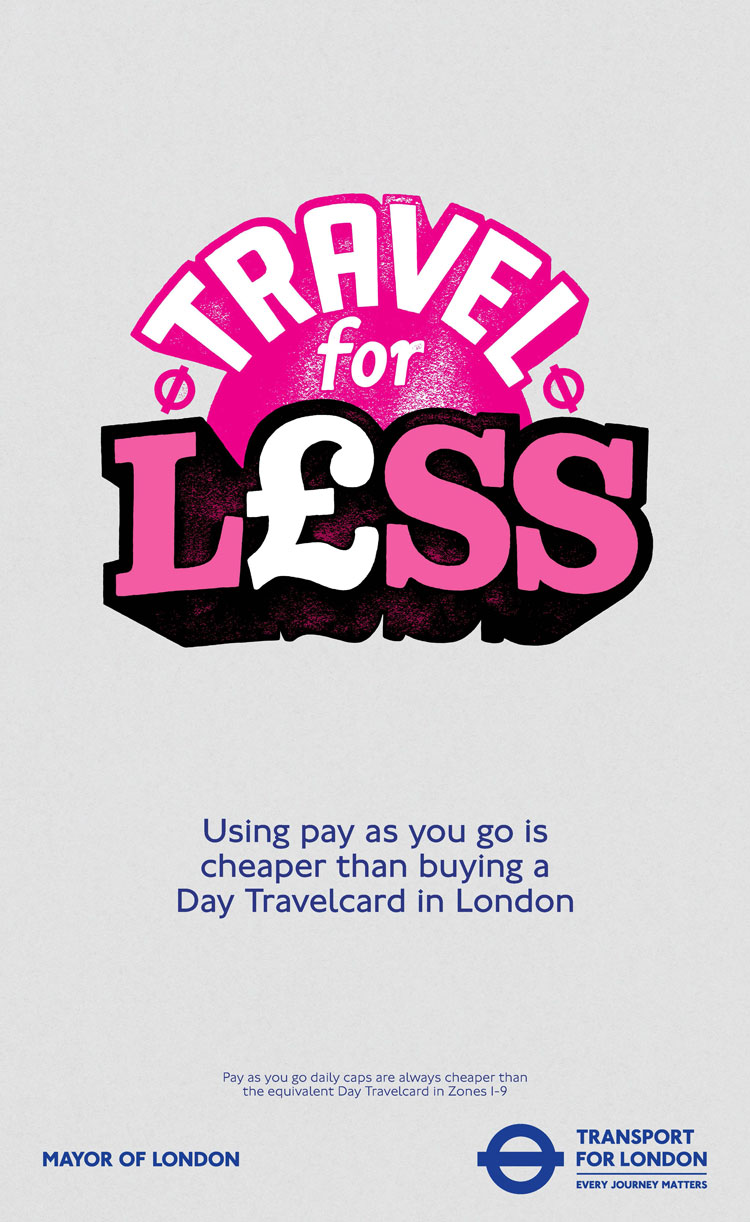 TfL runs many different forms of transport in London, including the London Underground (or Tube), London Overground, National Rail lines, bus and tram.

The campaign of 11 new posters promotes various fares, including the £1.50 hopper, where passengers get unlimited bus and tram journeys within one hour, and the £1.50 fare that allows people to travel on the Tube in off-peak hours between zones 2 and 6.

It also promotes cheaper travel options, such as using pay-as-you-go on an Oyster card or contactless debit card, rather than buying a day travelcard. 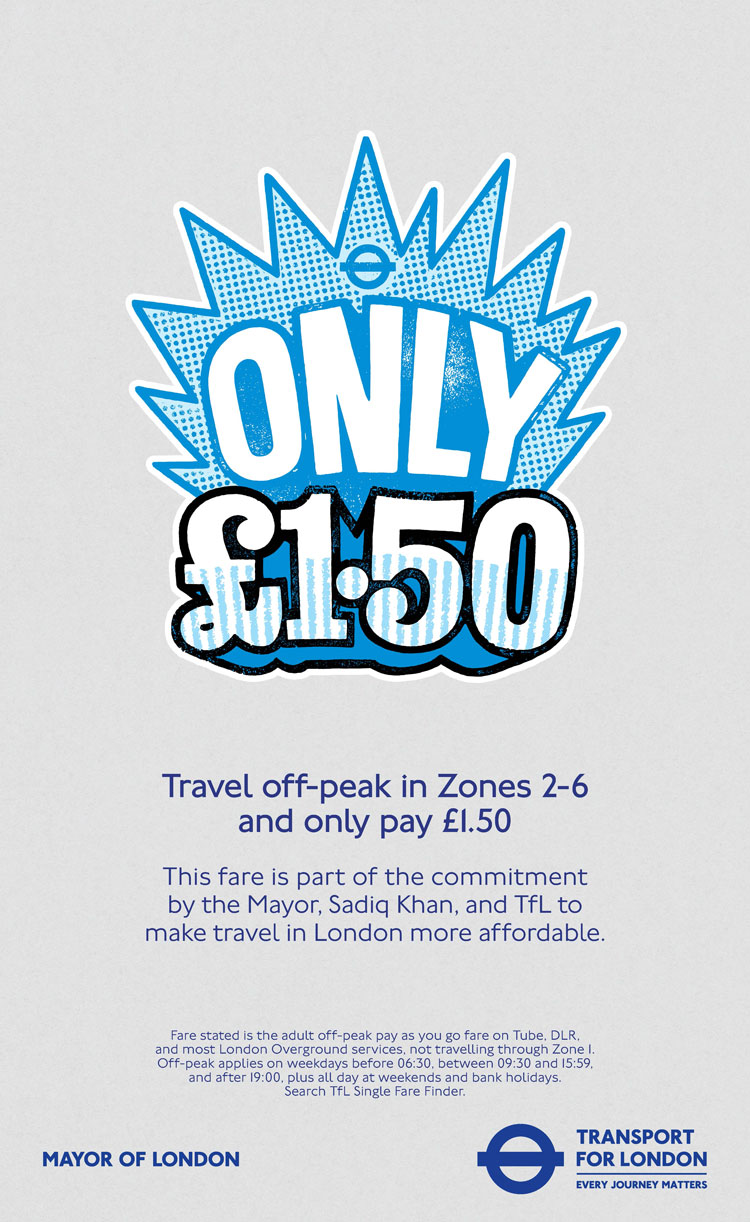 The posters are typographic, using colourful lettering set in pink, blue and yellow, with black outlines and occasional white letter fills, as the centre point of each poster. The letters have been hand-drawn by Smith.

The posters, art-directed by VCCP, sees these letter-based illustrations set against a light grey background, with a lot of empty space around them, and a short amount of text underneath, which describes that fare. The TfL and Mayor of London logos sit at the bottom of the posters.

Ali Augur, head of art at VCCP, says lettering has been chosen as the crux of the campaign, rather than pictorial illustrations, as logotypes “scale and adapt well across different media”. 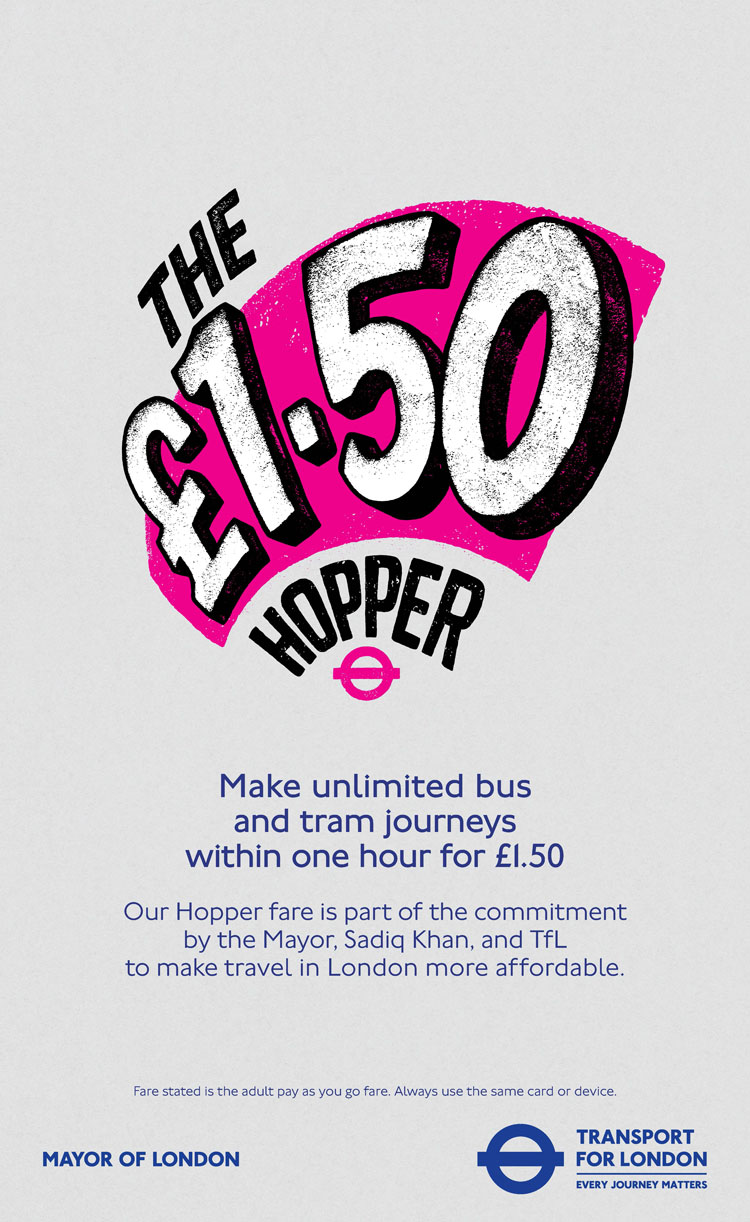 He adds that using letter-based illustrations “borrows from the retail world”, with retail companies and high street shops tending to have typographic logos in a bid to clearly convey their brands.

“Andy’s lettering brings humanity and personality to a fares campaign,” he says. “The hand-drawn illustrations have charm and stand out next to the computer-generated messaging people generally see on their commutes.”

Augur adds that the team has aimed for the campaign to be as “bright and simple as possible”, so that commuters would easily “notice and understand them”. 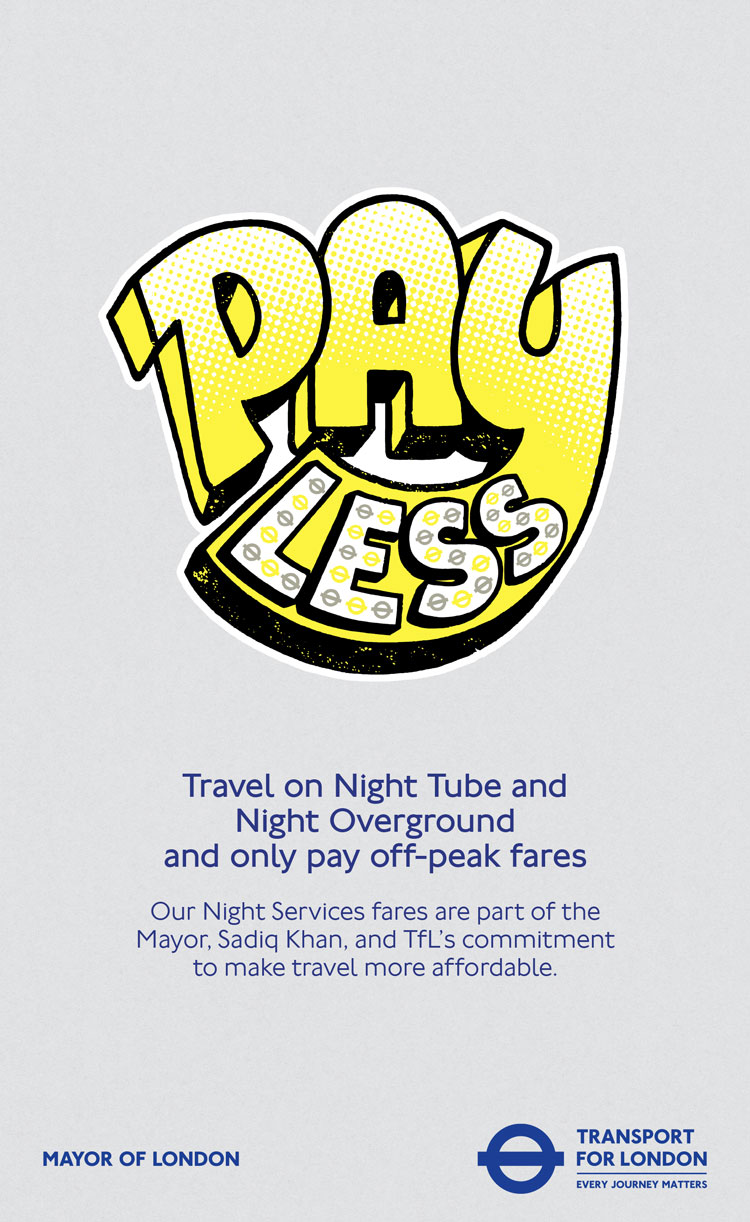 “We wanted the campaign to shout as loudly as possible, so didn’t shy away from using bold shapes alongside the basic print colours of cyan, magenta and yellow,” he says. “It was about focusing on value for money.”

The fares campaign is currently rolling out across various touchpoints, including print posters on the Tube, wraps across London buses, and other out-of-home advertising. 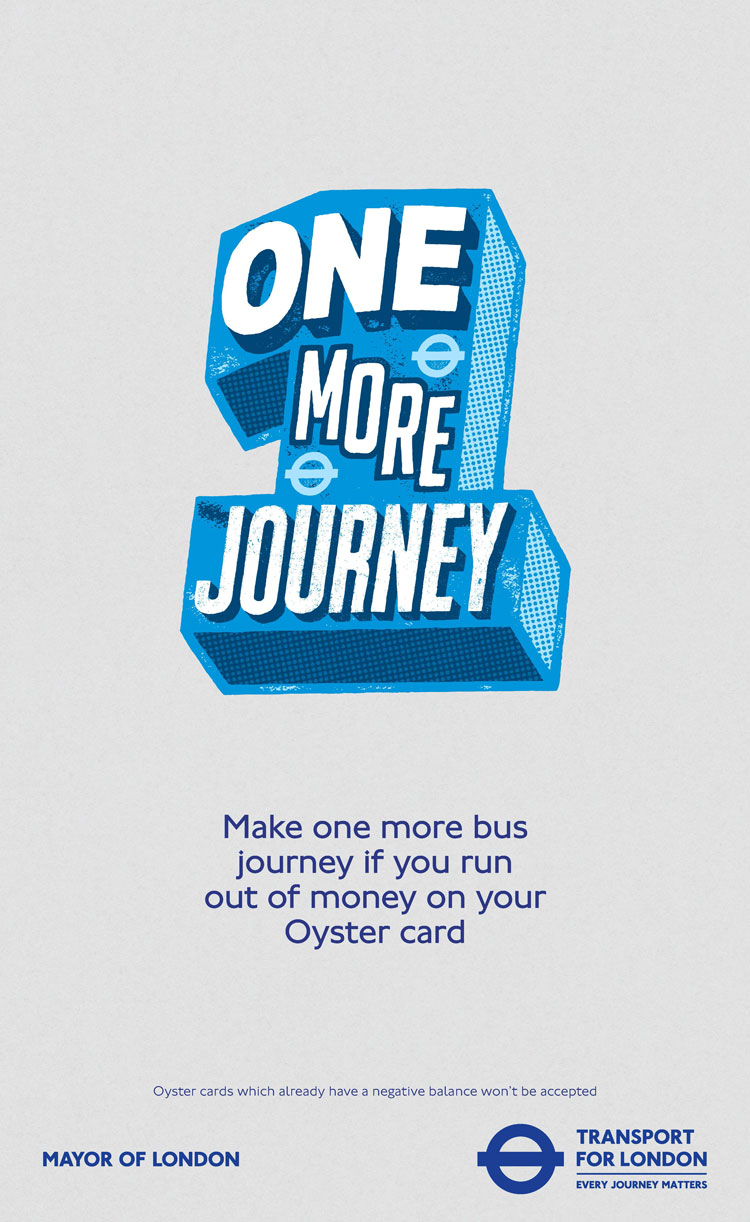