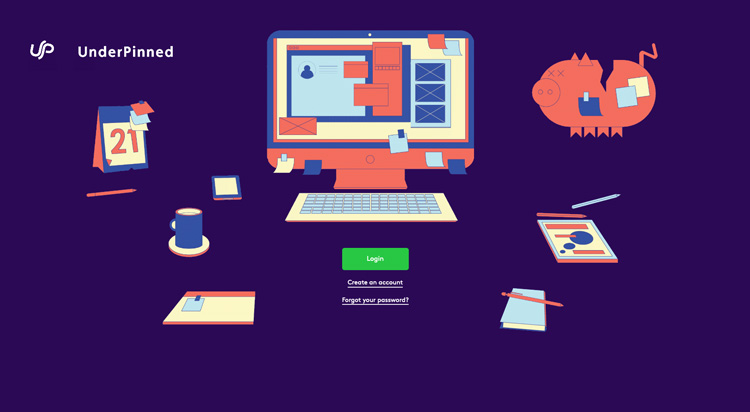 A new tool for creative freelancers has launched, which looks to help them speed up their workflow by enabling them to do all their admin, communication, portfolio-storing and payments within one place.

UnderPinned is a new website, which includes an open blog viewable by anyone that features advice articles, and a private-access “virtual office” for members who sign up to the platform. 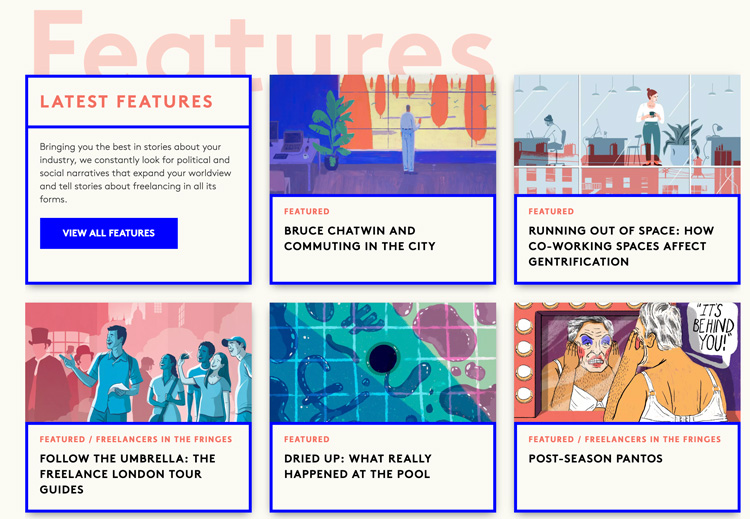 Alongside its digital presence, UnderPinned has also opened a physical space in Hackney, East London, which is open to members as well as the public, and will feature educational workshops and mentoring sessions as well as co-working areas.

The new digital platform, which is currently free to sign up to, provides various services for members, including a portfolio system, where creatives can store their work, a contacts management system and an emailing system.

It also features project management tools such as to-do lists, notes, folder and file management, and the ability to share projects with clients so they can track workflow. 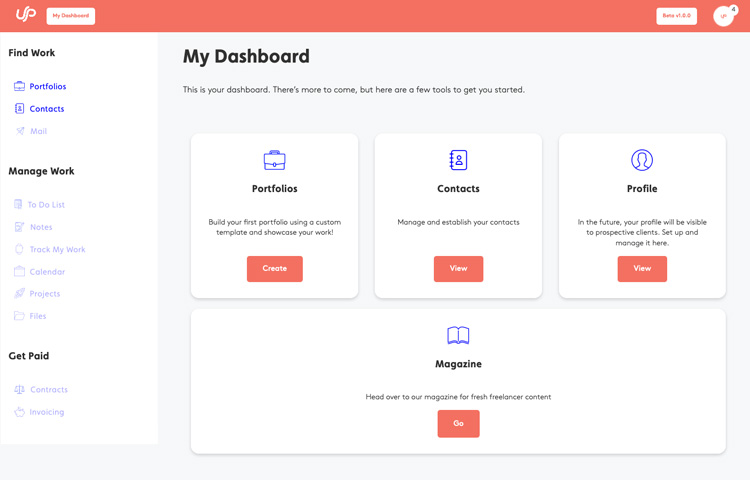 The last section of the platform is focused on giving and receiving payments, and features contract, invoice and expense management tools. An in-built electronic payment system is due to launch on UnderPinned in coming months, which will enable freelancers and their clients to send and receive payments from within the platform.

Members also have access to other more general services, including counselling 24 hours a day, seven days a week, and legal and tax helplines.

“We talked to a huge number of freelancers, and the things they are interested in are finding work, doing work and getting paid,” says Albert Azis-Clauson, co-founder at UnderPinned. “We’ve constructed the platform so that it focuses on these things but builds in other bits that freelancers are less interested in – like the admin, due diligence and business development.”

He says the idea was to make a scalable platform that starts off simple, such as with straightforward to-do lists for the novice freelancer, which can then be customised with further features to help the more practised freelancer complete more complex time management. 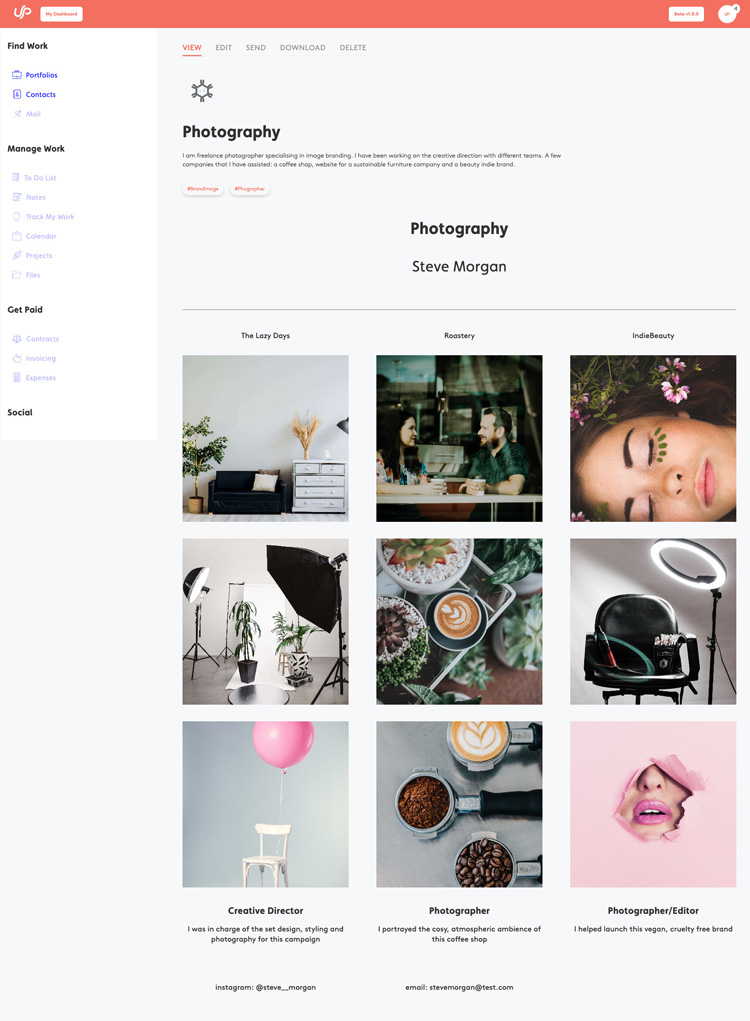 UnderPinned is the latest tool developed with the aim of helping freelancers day-to-day. Financial admin app ANNA (which stands for Absolutely No-Nonsense Admin) launched last year, and focuses on invoices, expenses and payments, while Asana is a project management tool, in the form of an app and website.

“I think some of these other start-ups are making really elegant designs around specific aspects of freelancing,” says Azis-Clauson. “But from talking to freelancers, we found that finance and project management alone are the kind of jobs that they don’t want to engage with – and no matter how simple you make a process, they continue to not engage. That’s why we decided to bring both sides of the job – being a creative and running a small business – into one system.”

Azis-Clauson says UnderPinned hopes to help freelancers “develop and progress their career” rather than just secure a “disparate set of different jobs”, by allowing them to keep on top of their workflow, speed up their processes, and ideally secure more clients.

He adds that the platform aims to help tackle issues for freelancers working in creative industries, such as late payments and lack of understanding around invoicing. 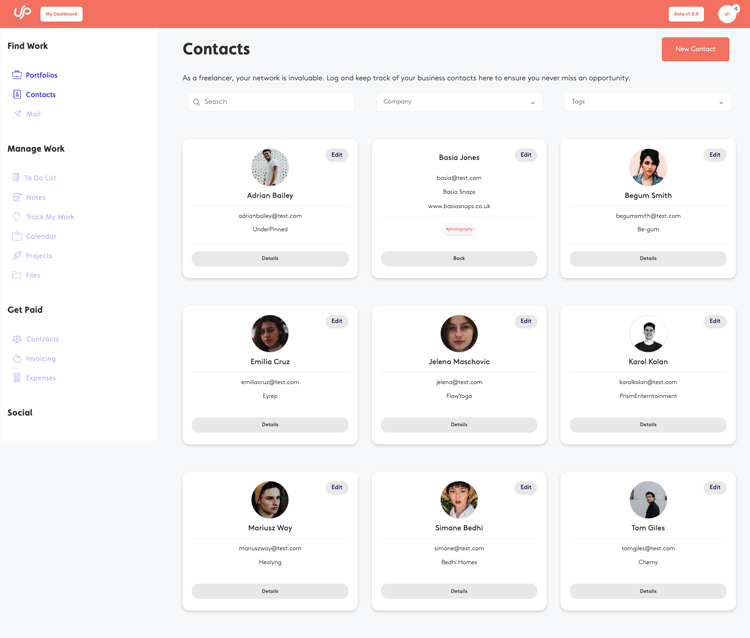 A recent survey of freelance illustrators found that over three quarters have previously worked for free, while 70% said they were paid late for projects in 2018. Additionally, only a tenth of illustrators said they demand a deposit from clients up-front, and over half said they do not feel confident estimating fees.

“There are a few serious issues in the freelance creative world, but in particular it’s access to reasonably paid work, and a lack of accessibility to resources on handling admin, finances and business development,” says Azis-Clauson.

UnderPinned is currently working to help fix the education gap, he adds, and is in conversation with several universities, including Goldsmiths, Leeds Beckett and University College London (UCL), about starting a lecture series that would provide essential advice on being a self-employed freelancer. 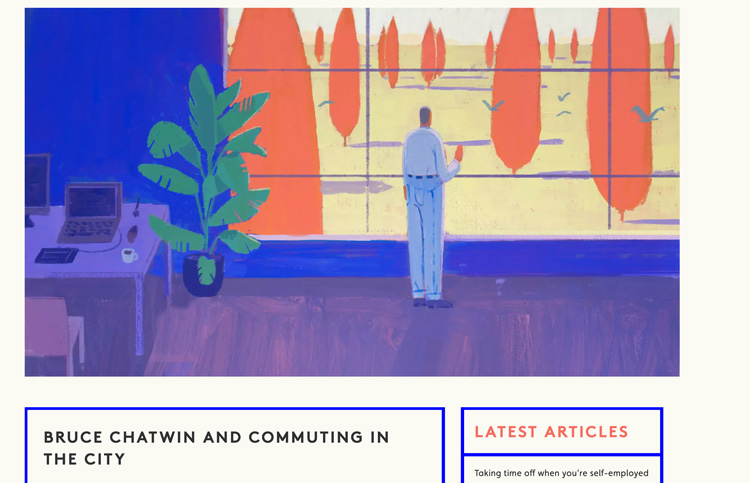 The ground floor of the new UnderPinned physical building in Hackney will also be used for educational purposes, including portfolio and advice “surgeries”, talks, mentoring sessions and workshops.

Azis-Clauson says he is hoping to roll out more co-working spaces across the UK in future. 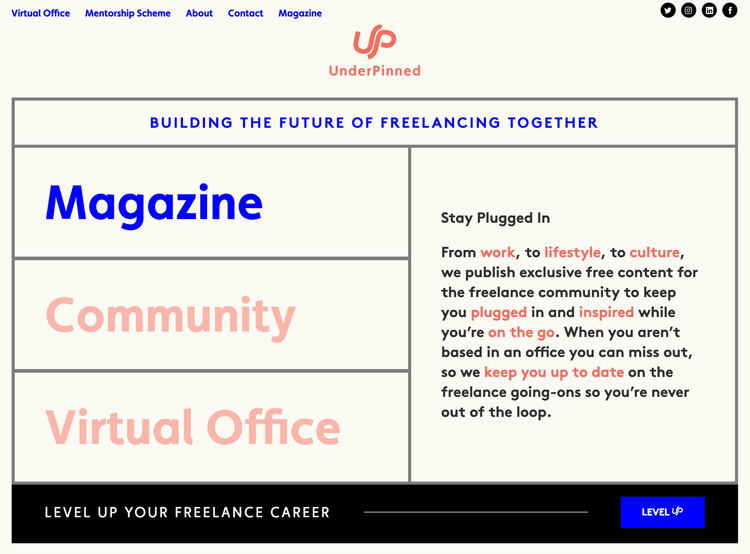 Stretchy kids’ clothing Petit Pli gets an identity that grows

Why are more cities and towns taking on place branding?