London Design Festival has unveiled this summer’s programme, which sees Somerset House announced as a new venue and details of a host of landmark projects revealed across the capital.

An ambitious installation by conceptual artist Alex Chinneck will see an upside down electricity pylon sticking out of the ground at a precarious angle.

A Bullet from a shooting Star brings together the disciplines of art, design, architecture and engineering in one totemic piece.

Chinneck has designed the piece for the Greenwich Peninsula, which will soon be the site of 15,000 new homes.

It references the industrial history of the site which once included the largest oil and gas works in Europe and a steel works. 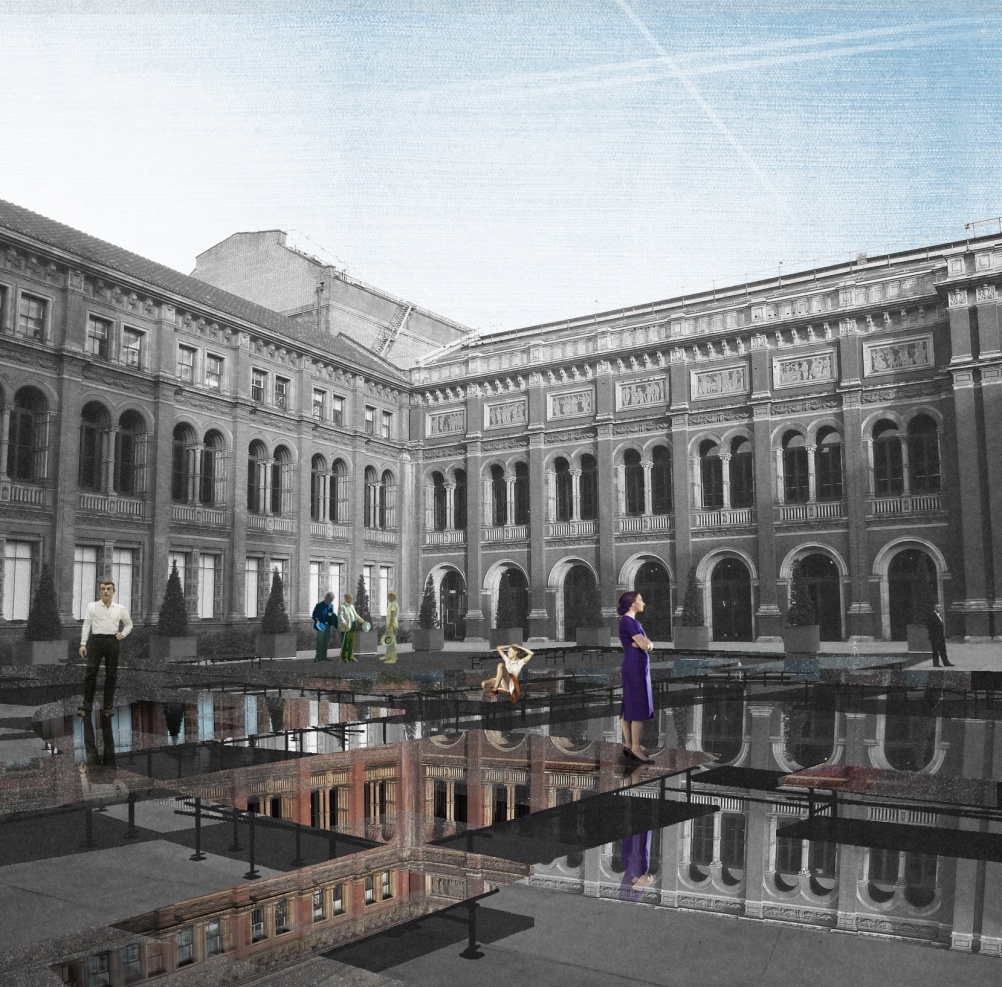 The V&A will continue as the festival hub where events, talks and workshops will take place. You Cannot See Yourself So Well As By Reflection is by Mexican architect Frida Escobedo and is inspired by Tenochtitlán, an Aztec city that was built on a lake.

It is a modular piece made up of mirrored surfaces and will be adapted over the course of the festival to hold different events.

Inside the V&A a large scale installation will be created in collaboration with Irish Design 2015. The Ogham Wall has been created by Grafton Architects, in conjunction with Graphic Relief  and references the Irish Ogham alphabet, which dates from the 4th century AD.

Hosted in the Tapestry Gallery the piece consists of a series of concrete fins with bark patterning on the front and brass, nickel and bronze detailing. Each of the twenty Ogham letters are represented in the forms. 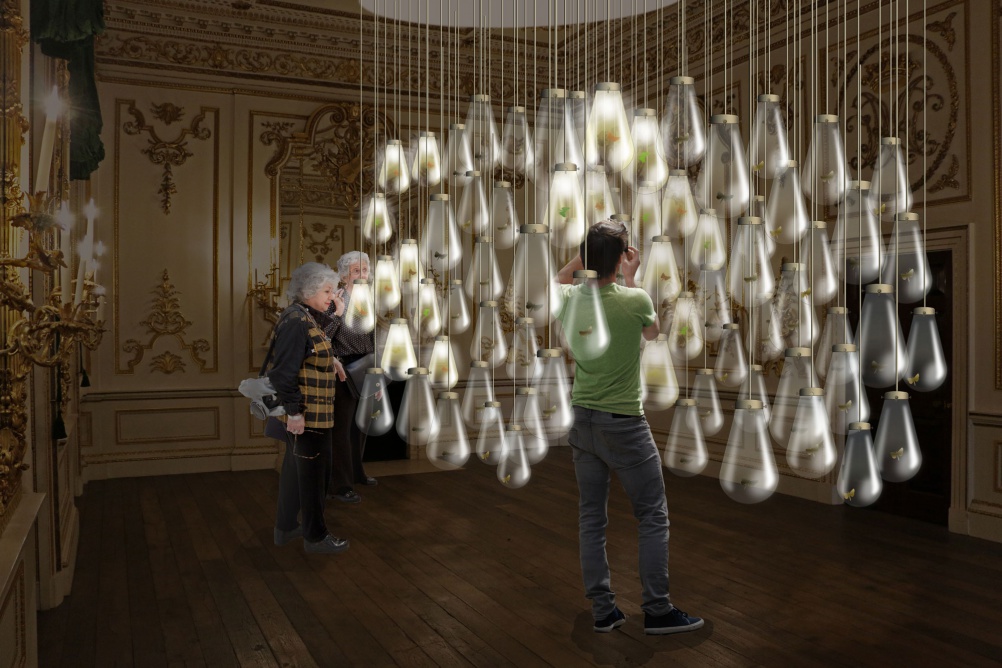 Curiosity Cloud will explore the “transience of nature and the Art Nouveau movement. Austrian designers Mischer Traxler are behind the interactive piece, which sees 250 mouth-blown glass globes containing fabricated insects hung from the ceiling of the Norfolk House Room. From a distance the insects appear to move and emit sound when they collide with the glass. 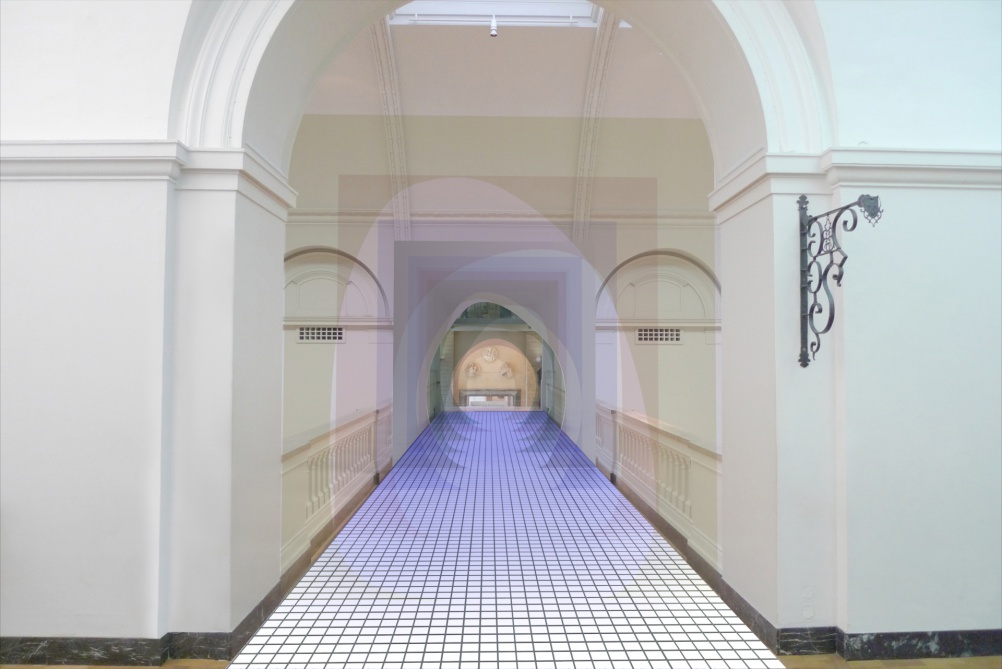 Meanwhile Designers Matteo Fogale and Laetitia De Allegri have worked with Johnson Tiles to create a site specific piece for the bridge over the Medieval and Renaissance galleries, which the piece represents.

Using a series of translucent framing devices the installation emphasises the visitor’s viewpoint at the entrance to the bridge. The result will be a feeling of depth, helped by the grid-like tiles underneath. 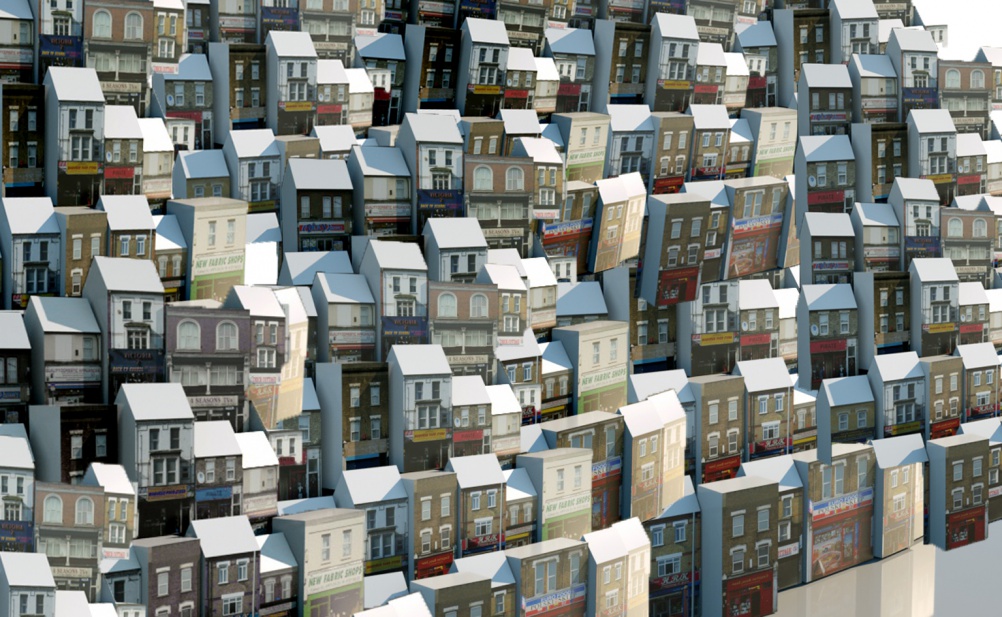 Artist Barnaby Barford has created the Tower of Babel, which consists of 3000 bone china facades each depicting a London shop photographed by the artist. It will sit in the Medieval and Renaissance gallery.

An exhibition is planned to mark the centenary of furniture designer Robin Day’s birth, there will be an LDF shop in the V&A entrance and work by V&A artists in residence will be showcased across the museum.

New to LDF, Somerset house will host a collaboration between architect David Adjaye and Mini in the courtyard referencing the “vision and imagination” of his work according to LDF. The immersive and interactive piece will involve automotive design ideas and principles but remove them from the context of the car.

The work of ten other designers will be shown in the West Wing Galleries. Nendo, Faye Toogood and Ross Lovegrove are among those creating full room installations. 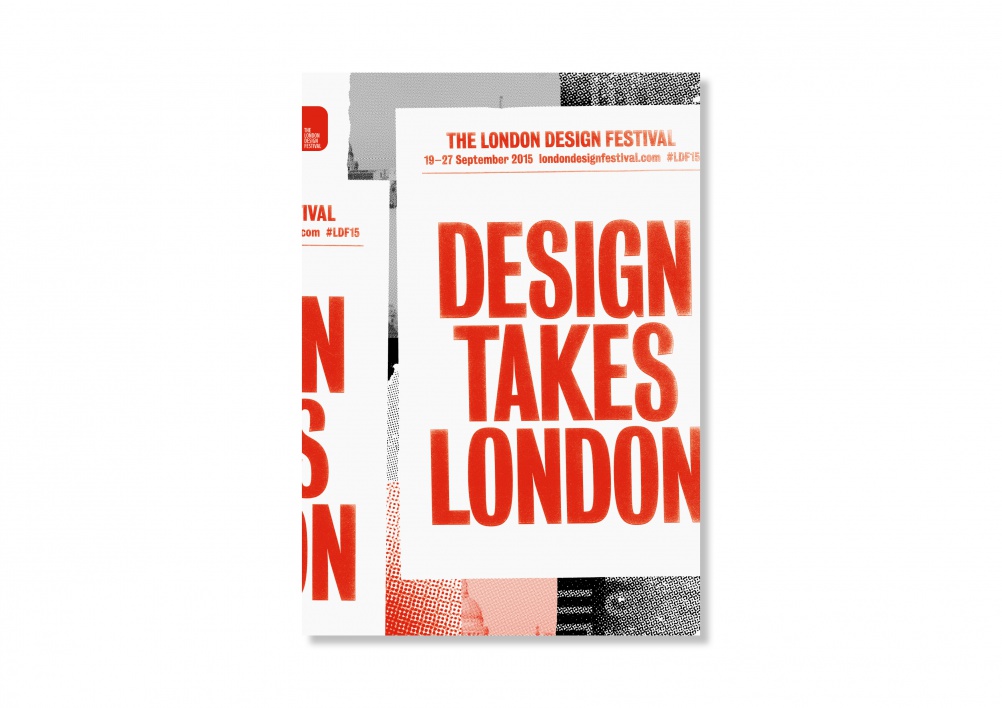 The 2015 LDF identity system designed by Pentagram partner Dominic Lippa has the look and feel of a newspaper bulletin board and uses headlines to give a snapshot of information about a particular event.

Lippa says: This year’s theme captures the immediacy that comes out of newspaper headlines. In doing so we are also reflecting the diversity and home of the Festival – the city of London.” 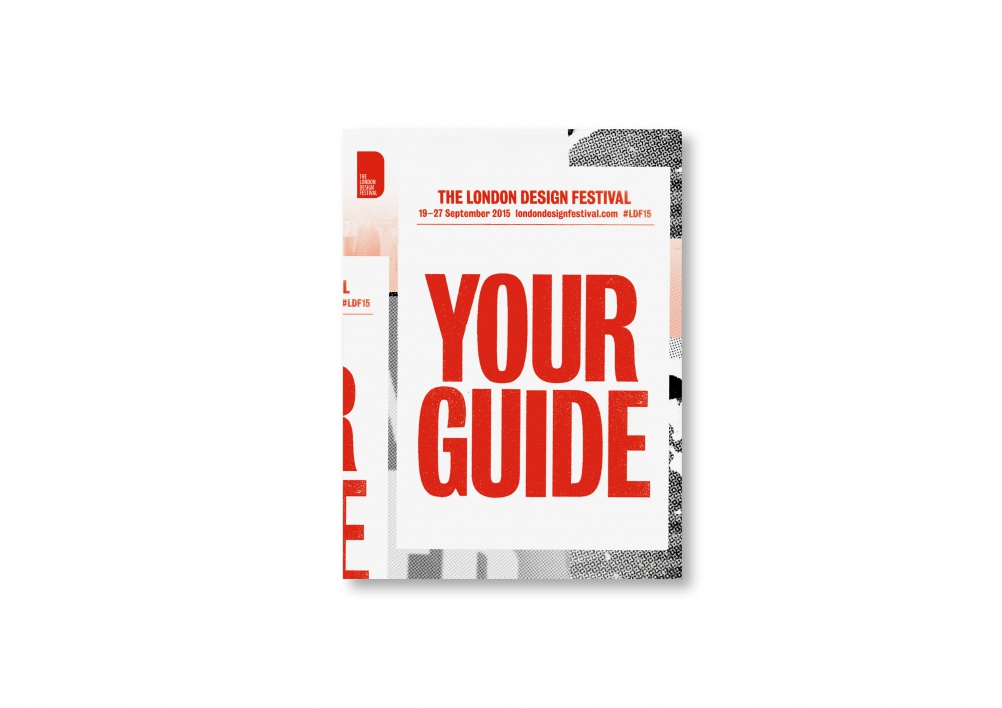 100%Design is the UK’s largest design trade show and is divisible by Interiors, Design & Build, Kitchens & Bathrooms, Workplace and Emerging Brands. This year’s main theme is ‘Design in Colour’. This year it moves to Olympia for the first time.

Decorex International 2015 will showcase 400 design brands while a series of interactive feature installations and seminars are also planned. Russell Sage will design the Champagne Bar.

Design Junction. This year the show moves to Central Saint Martins and Victoria house, which are both new locations for the flagship London show. The Designjunction brand is associated with showcasing trade-focused brands and live content in interesting industrial spaces all over the world. There are 180 design brands, over 50 design-led pop-up shops, and this year the largest ever edition of Lightjunction, its seminar programme.

Some 450 exhibitors from 29 countries are expected plus 100% Norway, a Korean Craft exhibition, and a Swedish Design Pavilion & Café. A new section called Teachable Home will explore tech enabled design for the home.

From classic contemporary to cutting edge there are over 500 brands to see and plenty of launches expected as well as workshops, talks and forums.