In his first monograph, Pentagram partner Michael Bierut sets out his “How to” manifesto, which shows the power of graphic design to effect change.

The story is told in his typically personable, straight-forward and entertaining style.

By taking a retrospective look at his own work and by revealing how he got there he shares the process behind it – sketches, models and rejected ideas – as well as the final piece.

He boldly sets out his intentions on the front cover: “How to use graphic design to sell things, explain things, make things look better, make people laugh, make people cry, and (every once in a while) change the world.”

Bierut joined the New York office of Pentagram 25 years ago after learning his trade under the great Massimo Vignelli.

“How to” cherry picks 35 key projects from throughout his career so far, which has led him to work with American football teams, newspapers, airlines, research scientists and arts institutions such as the The Museum of Arts and Design.

In this excerpt from the book Bierut looks at his 2008 rebrand of The Museum of Arts and Design in New York and how he solved its “identity crisis”.

Museum of Arts and Design 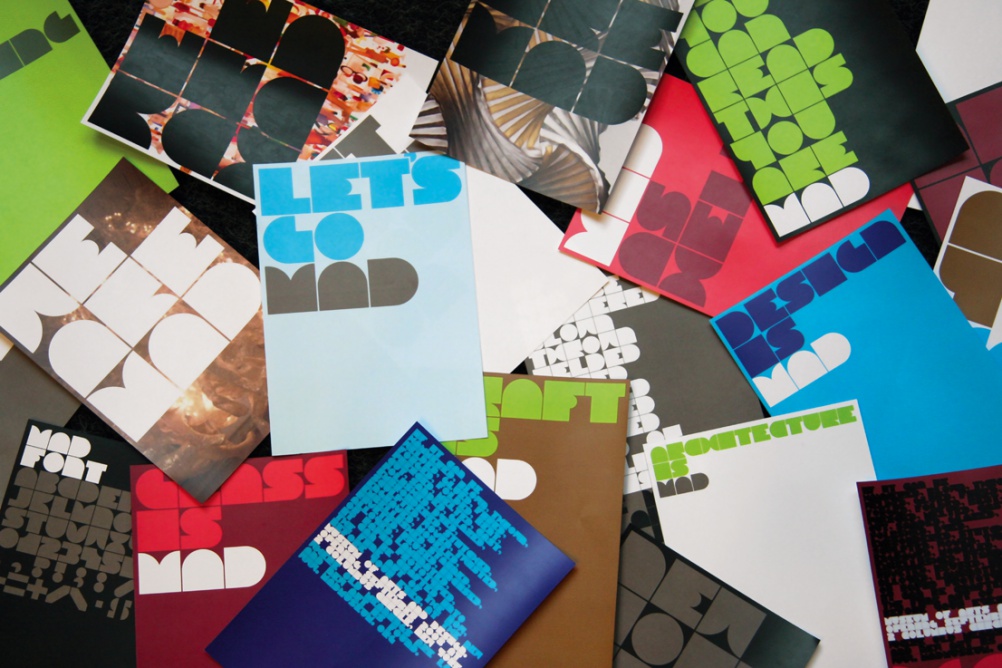 But that was about to change. On Columbus Circle, where Broadway, 59th Street, and Central Park West intersect to form an awkward square, stood a peculiar structure.

Completed in 1964 and designed by Edward Durell Stone as a museum for the collection of grocery-store heir Huntington Hartford, it was described by critic Ada Louise Huxtable as a “die-cut Venetian palazzo on lollipops.” Hartford’s museum lasted only five years. The orphaned building reverted to the city. In 2002, it was offered to the Museum of Arts and Design.

It needed work. Architect Brad Cloepfil proposed a deft transformation, cutting a continuous slot that snaked through its floors, ceilings, and walls. We were asked to create a new graphic identity to mark the rebirth. Inspired by Cloepfil’s design, I proposed a logo similarly made of a single line. It was one of the best ideas I ever had.

There was only one problem: it didn’t work, at least not with the name MAD. Luckily, I had heard that some people thought the acronym was undignified. I seized on this and proposed a name change to A+D, which emphasized the institution’s areas of focus and, conveniently, could be made to work with my idea. I presented this in a series of meetings, armed with ever more elaborate prototypes. But I could not make the sale. If you have a great idea but can’t make it work, it isn’t a great idea.

That night, I stared at the site. MAD would face the only complete traffic circle in Manhattan. Squares and circles. I looked at the three letters in the name. Could squares and circles be found there as well? The answer was yes. The simplest geometry solved the problem. No longer necessary were straining machinations and feverish salesmanship. Here was that rare thing: a solution that sold itself. It was approved unanimously at the next meeting.

How To is published by Thames & Hudson, 28 September, priced £30