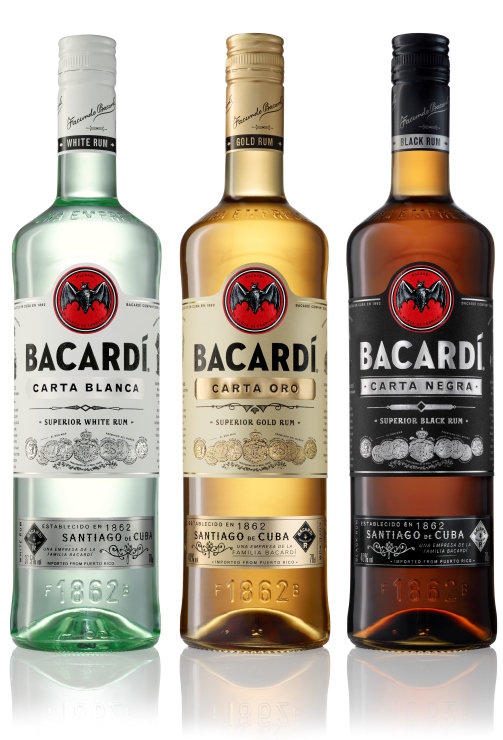 The new bottle is taller, slimmer, more cylindrical and has “proud shoulders”, which harks back to classic bottle design according to Caz Hildebrand, creative partner at Here Design.

Here Design visited Bacardi sites in Puerto Rico and Miami, and looked through the company archives.

Hildebrand says: “We were blown away, firstly by how Bacardi is still made by ageing it in wooden casks and secondly how their incredible story had been lost.”

As well as redrawing the company’s bat mark and creating a new wordmark inspired by the brand’s history Hildebrand says, “We thought, ‘Why don’t we tell the story on pack?’”

While the brand’s entire 152-year history was delved into, Hildebrand says particular focus was given to the late nineteenth century and early twentieth century.

“We looked at original fonts and then matched them as closely as possible; we’ve even referenced printers’ ornaments and rules. There’s a real design sensibility at the company that even stretches to commissioning great architecture like the Bacardi Building [in Havana].”

The paper on the labels of the new bottles is made from cane fibre, and so is made from sugar cane – a by-product of Bacardi according to Hildebrand.

Medals which have been won by Bacardi have been redrawn and placed on-pack. The medal which is placed front centre of the bottles is a Spanish Royal Warrant.

On the side of the bottles is an image of Emilio Bacardi the family revolutionary and one time manager of the company. It is taken from a wood engraving recreated by Here Design.

Meanwhile the bottle design features embossed details including the new bat, and the founding date of the company, 1862.