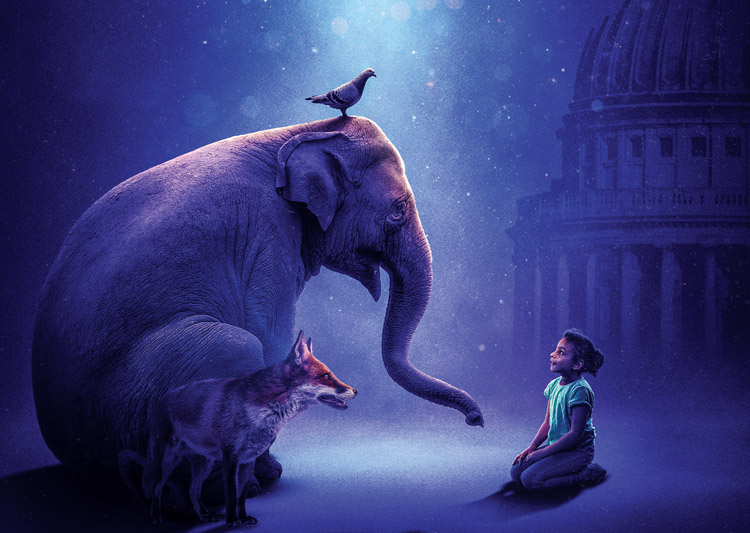 Beasts of London, a new multi-sensory exhibition at the Museum of London, shares the stories of animals through the ages that have called the city their home.

The immersive exhibition — created in partnership with the Guildhall School of Music and Drama — takes visitors on a journey through history as told by the beasts themselves, using projection mapping to enliven the experience.

The show, explores eras including the arrival of the Romans, the deadly days of the Plague and a time when animal-filled circuses were a common sight, before finishing in modern times.

“Animals have always been in the city; they have been here before there was a London,” says Francis Marshall, senior curator at Museum of London. 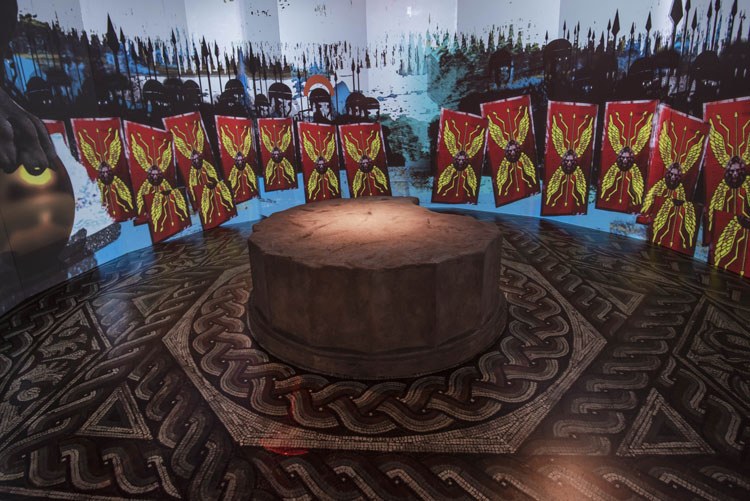 The exhibition “celebrates the contribution that they have made to London’s story and history [without] shying away from the difficult parts,” he adds.

The museum, which is set to relocate to a new space in West Smithfield in around five years, was keen to “experiment with different ways of bringing history to life”, such as projection mapping, ahead of its move, he adds.

Split into nine rooms connected by a corridor, each focuses on a specific time, animal or cultural phenomenon, inspired by an object from the museum which has been displayed outside each entrance.

Dan Shorten, creative director for Beasts of London and video projection lead at Guildhall School, says the goal is to mix up lesser known stories, such as those of lions and polar bears that were gifted to the city, with those of the “iconic” London animals such as pigeons and foxes. 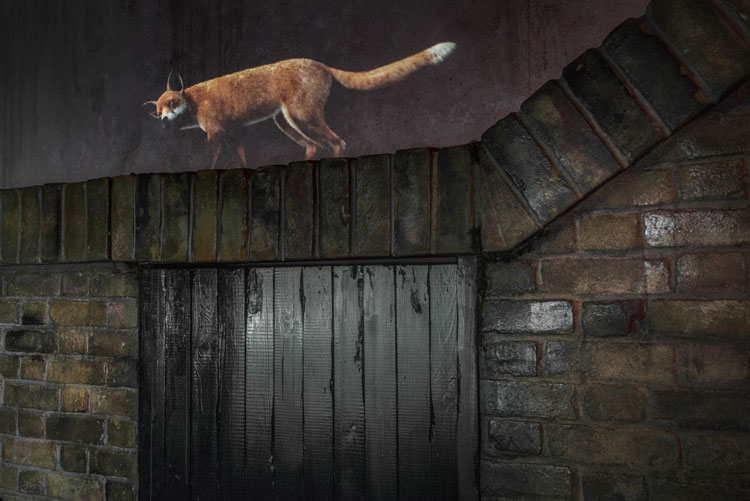 Highlights include the bacterium brought to life by the booming voice of Brian Blessed. Visitors enter a room resembling a historic laboratory, with wooden shelves filled with projection mapped medical equipment mingling with physical, scientific objects.

The sounds of a rat, a cat and a flea discussing who is to blame for the Plague give way to the voice of the bacterium stepping in to take responsibility – a fact that was not known until many years later.

Outside the room, a display case holds the artefact which sparked the story – a jar dating back to 1670 that used to hold “oil of swallow”, which was extracted from birds to treat joint pain.

Projection mapping has been used throughout the exhibition. “We were keen to have this blended approach of a very physical space along with this abstract, ethereal, story,” Shorten says. “This type of technology is very playful, it allows you to present both realistic and natural imagery alongside abstracted and illusory elements.” 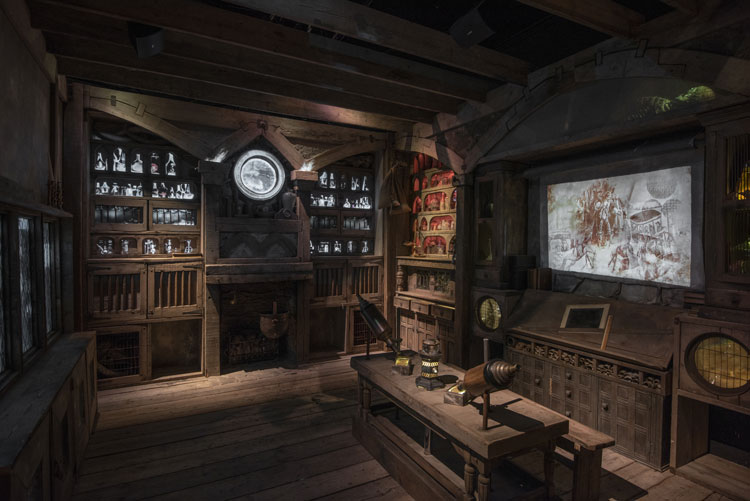 He adds that projection mapping is an area the school is developing as part of its curriculum.
One space uses the technique to explore the cruel practice of baiting, which involved animals being made to fight for the amusement of humans.

Inspired by a picture called Tiny the Wonder, a room takes the form of the historic Blue Anchor pub, where the owner’s dog used to be put in a pit with hundreds of rats, as spectators bet on how many he could kill in an hour.

Tiny, who “weighed five and a half pounds and sometimes wore a woman’s bracelet as a collar” was famed for having destroyed 200 rats on several occasions.

The room features a physical wooden space surrounded by cut-outs of Victorian gentlemen in top hats watching, as a projection-mapped dog takes on a plague of rats, while Tiny narrates his own story. 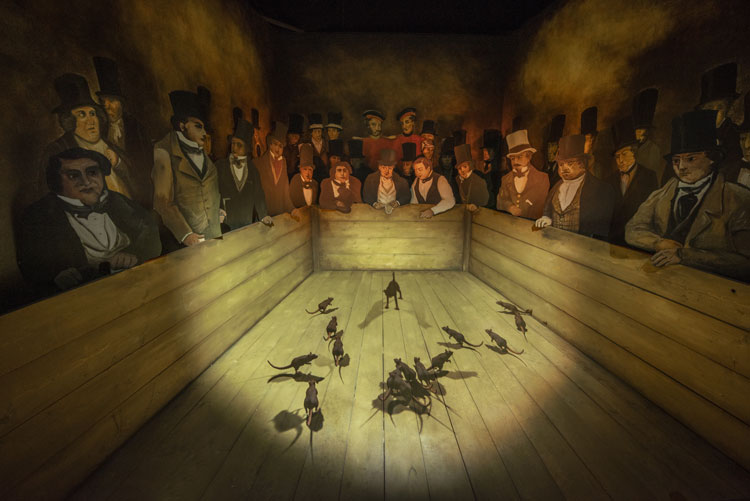 The rooms are laid out chronologically, with the final space set in contemporary times, featuring a projection of a fox voiced by model Kate Moss, in conversation with a pug about the pros and cons of being a wild animal compared to a pet.

The room aims to remind people that wild animals still live in London today, but “are not necessarily embraced”, Shorten says.

The corridor connecting the rooms has low lighting and painted murals on the wall, with elements such as fake grass adding texture.

“We wanted the spaces to feel different to one another but part of the same world,” Shorten says. “We are trying to create a natural, organic world in an urban environment.”

Natural and manmade elements come together in the form of a three-and-a-half metre model of a pigeon made up of pieces of black taxis, in a space at the end of the corridor. 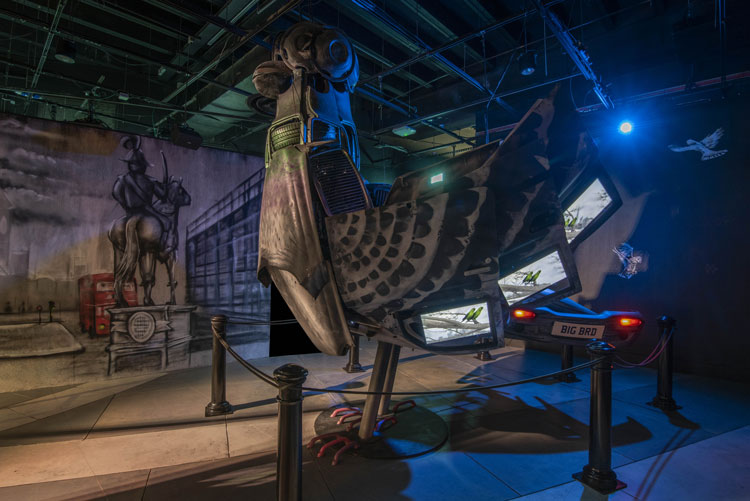 “You cannot go an hour without seeing pigeons in London, they are everywhere,” he says. “To physically represent that, we combined the ubiquitous bird with the ubiquitous mode of transport, which are both iconic symbols of London.”

The show aims to immerse people in each room. In the space depicting the arrival of the Romans, visitors sit on a seat resembling the ruins of an ancient column in the centre, while video projections on the walls spin around them.

The space has been designed and created by staff, students and graduates from Guildhall School, with support from industry professionals including graphic designer Pete Starling, set design and construction lead Tom Downing and playwright Robin McLoughlin.”.

Students on the electronic music course at Guildhall School, led by Mike Roberts, have written the musical scores and sound effects for the show, which are played by the school’s orchestra.

“It is really fascinating that students who are more used to sitting with a laptop and a synthesiser were now having to conduct a full orchestra,” Shorten says. 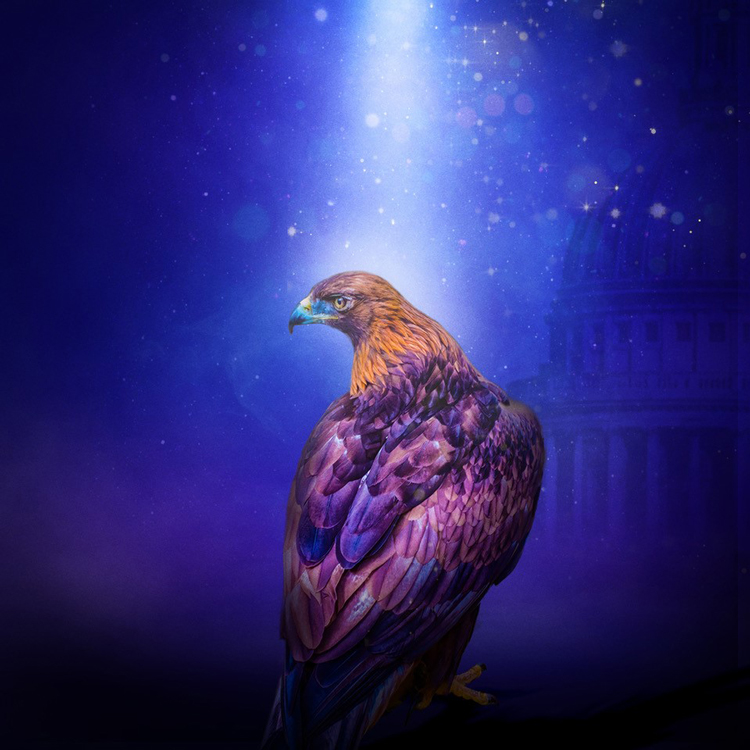 Acting students did some of the voiceovers, while graduates have helped with carpentry and painting.

The family-friendly show, which is recommended for those aged seven and over, includes plenty of features geared towards children, such as merry-go-round horses to sit on in a room exploring Londoners’ relationship with the horses.

Campaign materials for the show, including brochures and posters, have been designed by LMC design studio. 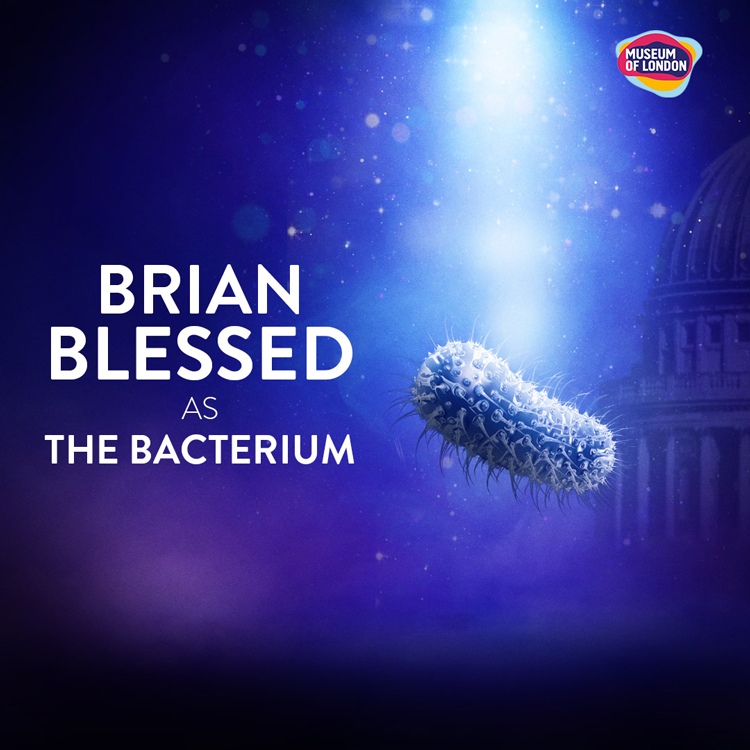 A programme of events accompanies the show, including talks about how it was designed, animal drawing classes, taxidermy lessons, animal-themed storytelling and craft-making sessions.

All images © Museum of London.

UnderPinned: a freelancers’ hub for everything from emails to invoices