Pet-tecture: Design for Pets, a new book published by Phaidon, delves into the world of animal product design, featuring around 200 of the most interesting new items from around the world.

Looking at everything from eco-friendly woven cat houses, to designer bee hives and roof tiles with in-built birdhouses, author tom Wainwright says the book is among the first to focus on the “relatively new” design field, which he believes will continue to grow.

He tells Design Week: “Years ago an architect might design a chair as a cool side project. Now that might be a cool cat tree. I think it is quite a 21st century thing and it will only get bigger as it is still hard to find quality design for pets.”

When choosing which products to include in the book, Wainwright, considered several factors.

“When you think of a design for a dog or cat you might think of a garish tartan mat on the floor, so I was looking for anything that goes against that,” he says.

As well as items that were “architecturally stunning” or “really different”, he picked products that were “made with a lot of love”.

“Many of the designs in the book try to strengthen the bond between humans and animals. “A lot of the chairs have a napping area for a cat or a kennel for a dog.”

Interesting products in the book include a dog cooler created for the Architecture for Dogs initiative organised by architect Kenya Hara.

The initiative invited top architects in Japan to design products for dogs, such as shelters and play areas, the blueprint of which were then made publicly available on the website so people could make them at home.

“Some of those projects are just beautiful. One architect, Hiroshi Naito’s, design for Architecture for Dogs is called the dog cooler.

“Years ago he had a dog called Pepe, a big fluffy white Spitz who would get so hot during summers in Japan. He passed away a few years ago and I thought this was a lovely tribute to him and a thoughtful design.”

The product was inspired by Pepe, who would lie down on a on a cold tile floor to cool himself down in warm weather, according to Naito.

Other interesting items in the book include Breed Retreat, a multi-story, designer chicken coop for urban farming. “The idea was to encourage city kids to understand more about farming and being close to animals”, Wainwright says.

The book began just focusing on designs for cats and dogs, but expanded to include a wide range of animals as research uncovered the extent of “exciting” products, Wainwright says.

As well as architects, designers and artists, some of the products in the book were created by “pet-owning keen DIY-ers”.

“I think a lot of the project came with frustrated pet owners who did not find anything that would not fit in to their interior design so decided to create their own,” Wainwright says.

As many a pet owner would know part of the challenge with animal products is that they not only have to look good, but a pet must actually want to use them.

Acknowledging the issue of “buying an expensive cat tree and seeing the cat go play with the cardboard box it came in instead”, Wainwright says much of it was simply “trial and error”, with a lot of the products in the book second versions of an item.

He found during his research that material choice was a big factor.

Cardboard, wood and sisal fibre products were among the most popular materials in the book products in the book, the latter proving particularly popular with cats as it was something “they can get their claws into”.

Virginia McLeod was the Commissioning Editor on the project, and worked with Wainwright to select projects for the book.

The book was designed by StudioKanna.

Each page is half filled with images of the designs and half with text describing the products and their back stories. There is also a key to let people know quickly what animal it is for and what materials it is made of.

Bright, “poppy” colours were used for the cover including an “80s” blue, yellow and pink.

It does not have chapters, as this was deemed to be “too formal for such a playful book with so many cute pictures of animals” Wainwright says, so instead it is organised by quotes on animals.

The book is filled with colourful animal pictures and is aimed at pet lovers as much as those interested in design, according to Wainwright, who admits he didn’t take much convincing to get involved with the project.

As well as being a fan of animals himself, Wainwright has his own pet dog – a Russian back terrier called Vladimir, who is “massive” and at eight years is old, is “still a puppy at heart”. 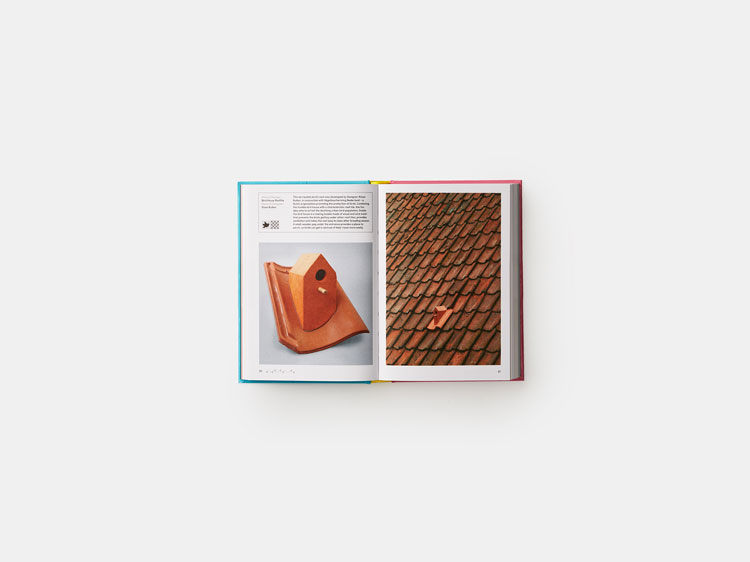