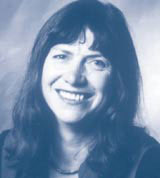 According to author and creative director Jeremy Leslie, the freedom of Neville Brody’s design in late lamented magazine The Face not only inspired designers to look to magazines to exercise their creative talents (see feature, page 16). It prepared the way for the Apple Macintosh revolution, where designers could create their own typefaces, imagery and grids – or not – without the intervention of a third, craft-based party.

When you consider the sins that have been committed since by mediocre designers armed with an Apple Mac, it is a fascinating view that a designer can dictate how technology is best used and not be ruled by it. But it bears credence when you consider the output of pioneers like Brody, Malcolm Garrett and newer talents like Michael Johnson and Vince Frost, for whom the computer has always been merely a versatile tool.

The best of the newer breed of print designers were weaned on the Apple Mac, but they didn’t get caught up in its features. Can you imagine guys from Blast or NB Studio putting Photoshop skills as a key attribute on their CVs? Sadly, too many young designers these days see computer skills as sufficient to earn them a place in design, when ideas and a sense of humour might get them further.

Designers aren’t alone in this. A fellow editor lamented to me recently that young reporters seemed content to wait for news leads to appear, as if by magic, by e-mail. Gone, he maintains, is the hunger to find your own stories that characterised hacks of yesteryear. Maybe, but perhaps the hunger is still there, with the edge taken off by technology and the ease of accessing information it affords. The best talent still surfaces, harnessing the technology to achieve great things.

In design over recent years the best innovations have arguably manifested in textiles and digital design, driven perhaps by the Royal College of Art and its ilk, but taking their cue from the technology available. Consider the work of, say, Tomato and European Designer of the Year contender Daniel Brown in portraying digital design as both a crossover into art and a commercial tool that can enhance leisure environments and build memorable promotions. Technology is vital in that arena, but the designer remains the master.

We at Design Week might receive fewer letters from desperate, unemployed graduates if they were to heed Leslie’s words. They might even consider magazine design as a challenging option to consultancy work.

So look back to the likes of Brody and discover from whence their pioneering spirit came and learn from the current heroes. Technology can be a fantastic tool, but it is only as good as the creative ideas it is applied to.