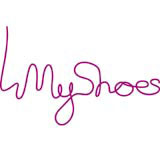 Lumsden Design Partnership’s graphic design subsidiary LDP2 has created the visual identity for My Shoes, a charity campaign in aid of Multiple Sclerosis sufferers that launches this week.

According to My Shoes director Marla Madison, the campaign asks participating shoe retailers and manufacturers to donate a fixed sum from the sale of shoes of ‘nominated’ designs.

Donations will go towards supporting UK charities The MS Trust and The MS Society, which are backing the campaign.

LDP2 creative director Patrick Devlin says the group was briefed to design a ‘unique, fashion-oriented identity that had a rhythm to it and was easily adaptable to different formats’.

‘We didn’t want it to look too much like a shoe brand, but we also wanted to get away from associations with disease,’ he says. ‘Many people first diagnosed with MS are young. We wanted to convey that there’s hope here.’

My Shoes’ identity evolved from the idea of a shoelace, and traces the form of different shoe styles, as well as the words My Shoes. ‘Vibrant’ colour schemes will be adapted each season to give the campaign ‘vitality’.

Madison says the campaign works hand in hand with the shoe industry because shoes ‘say a lot about the MS experience. They’re intimately associated with walking – one of the most common [skills] to be disrupted by the disease.’

The work will roll out across point-of-sale materials, stationery, leaflets and ‘showcards’, which identify shoes included in the campaign, from this week, and launched on the My Shoes website www. myshoes.org.uk in early March.

LDP2 won the work after a three-way credentials pitch in December. Devlin and consultancy managing director Callum Lumsden were joint creative leads on the project.