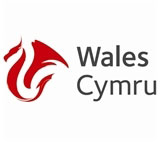 Wales has moved a step closer to potentially establishing a national design centre with the launch of its first Design Forum for Wales, aiming to create a formal network of designers from across industry disciplines.

The terms of reference for the forum are being drawn up and it is expected to launch during Wales’s second annual Cardiff Design Festival this month.

Olwen Moseley, director of enterprise and development at Cardiff School of Art and Design, will oversee the development of the forum, which is also being supported by Design Wales, an independent design advisory service funded by the Welsh Assembly Government.

The move to establish the forum comes as industry leaders continue to debate the possibility of launching a national design centre for Wales in the wake of the recent Cox Review.

While Moseley confirms that the issue of establishing a Welsh national centre has ‘been discussed’ locally, Gavin Cawood, senior design advisor at Design Wales, stresses that ‘there are no plans for a regional Welsh design centre at the moment’.

According to the Design Council’s Design Industry Research 2005, Wales is home to just 4 per cent of UK design businesses.

Mathew Talfan, managing director at Cardiff consultancy 6721 – which designed the newly-launched brand identity to promote Wales on the international stage – says there is an ongoing ‘bigger debate’ concerning how best to publicise Wales.

‘The industry can’t just sit back, but must push the agenda. Design is growing up in Wales,’ he adds.

6721 was appointed to create the new Welsh brand identity in January, following a tender by the National Assembly for Wales last year. The marque is being used for overseas promotions and events.

This year, the Cardiff Design Festival kicks off on 8 June and will run for two weeks. Its flagship Best of Welsh Design Showcase exhibition will travel to different venues, and the programme will include seminars, lectures and events.

Good credit card design is not as easy as it looks