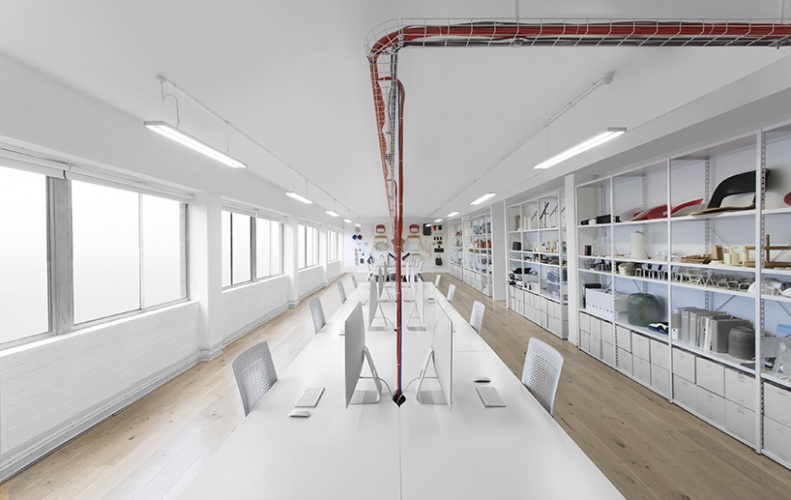 London-based consultancy Layer has relocated to a new studio in Hackney, east London. The interiors of the 325m2 warehouse space have also been designed by Layer, comprising a workspace to house the consultancy’s 20 designers and an area to showcase its previous projects.

Jonny Rowe, Marc Atkinson and Joe Russell have founded a new consultancy based in east London, called Land of Plenty. After collaborating on a number of projects over the past two years, the designers decided to join forces and bring all their existing clients under one roof. The studio will focus on graphic design, branding and art direction.

Cinematic Virtual Reality company Jaunt VR has launched a partnership with Honor, a smartphone brand owned by Huawei Group. The collaboration will see the upcoming Honor 8 Pro handset come with a pre-installed version of the Jaunt VR app, as well as packaging that can be turned into a cardboard viewer.

VF Corporation, the parent company of Timberland, The North Face and Vans has appointed London-based consultancy Biglight to work on projects across the clothing brands. The project will be carried out by Biglight’s EMEA (Europe, Middle East and Africa) office.

Tangent has been appointed to create the digital, print and in-store Spring/Summer 2017 campaign for the the launch of Reebok’s new knitted trainer range, the Zoku Runner.

The School of Visual Arts in New York has promoted Gail Anderson to the role of creative director of the Visual Arts Press (VAP), the school’s in-house design studio. Anderson was formerly director of design and digital media at VAP, a role she has since September 2016. She will now head up the creative strategy for the college.