Pentagram partners Daniel Weil and Marina Willer have led the branding of internet of things toolkit SAM inspired by the fact that the product “never stands still.”

SAM is made up of a series of building blocks, which can be controlled by an app and manipulated as inputs such as pressure or heat sensors, or outputs such as lights or motors.

The physical puzzle pieces that make up SAM connect to a digital interface, which simplifies coding making it relatively easy for users to make things like vacuuming robots, personalised doorbells, responsive shoes, smart pillows, shirts with built in cooling fans.

The product was conceived by Joachim Horn in 2013 when he was studying for a masters in engineering at Imperial College London. It came about during a workshop organised by Weil at the university.

SAM has worked with Pentagram and Map to develop the product

As the idea grew into a business Pentagram’s branding services were enlisted and Map was brought in to hone the product design.

Each letter of the brand “is like a component of the kit” says Willer – “Always doing, sensing and reacting to other components.”

Why the letters in the logo move

She adds: “That’s why the letters in the logo are always moving in relation to each other; as one moves it kicks the movement of the other.”

Willer’s team collaborated with Map on packaging, app interface and colour palette and looked to bring a coherence between digital and physical.

The typography has been made as simple as possible so that “character can come from the imagination of the maker and so they can build their own story.” according to Willer. 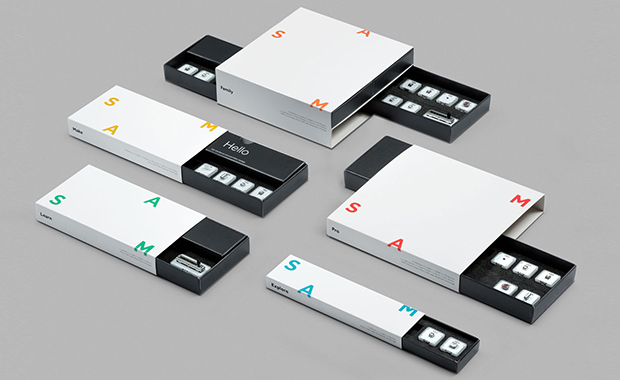 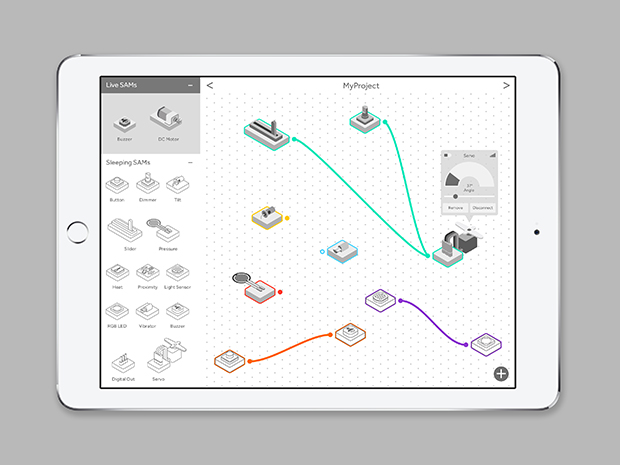 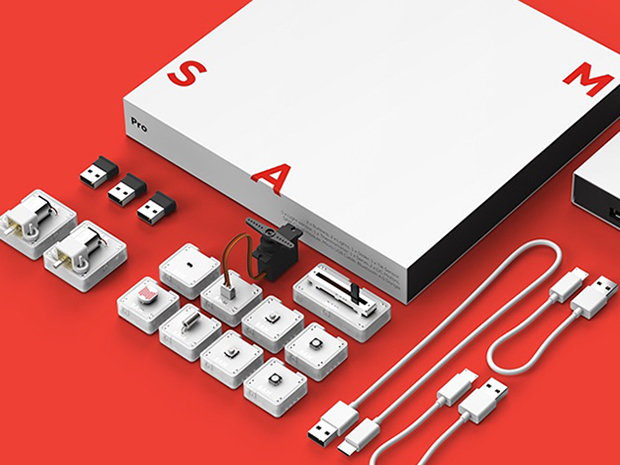 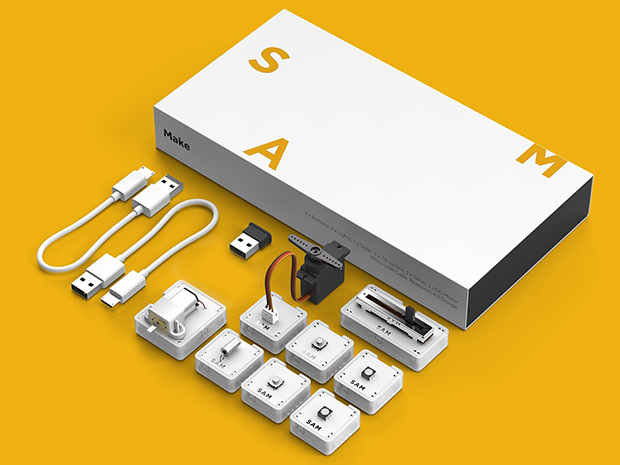