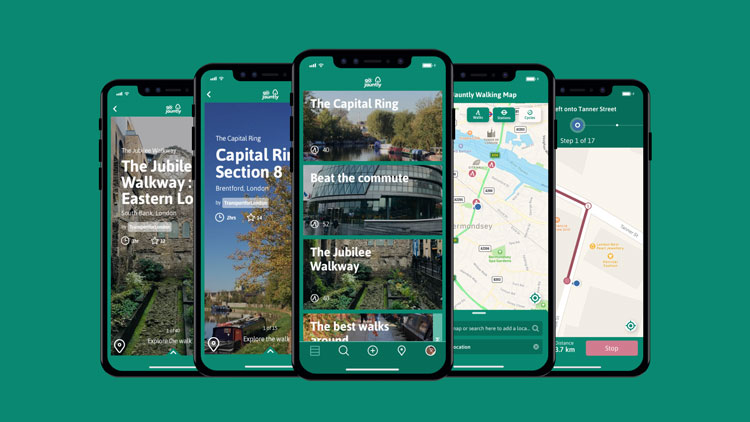 Walking app Go Jauntly has launched a new Walking Map as part of a collaboration with Transport for London (TfL) which aims to help more city-dwellers get a fix of the great outdoors.

Go Jauntly is an app created by digital design studio Furthermore, which helps people discover more than 700 walking routes across the UK.

Its founders say the app was borne out of their desire to get outside and be more active with their families, along with their frustration at how difficult it was to discover new walking routes and find a bit of nature.

Furthermore has now joined forces with TfL to launch a series of new features, in a bid to help more people incorporate walking into their daily journeys.

These include a free walking map which shows information such as nearby cycle hire points, nearby tube stations, and starting points of curated Go Jauntly walking routes. 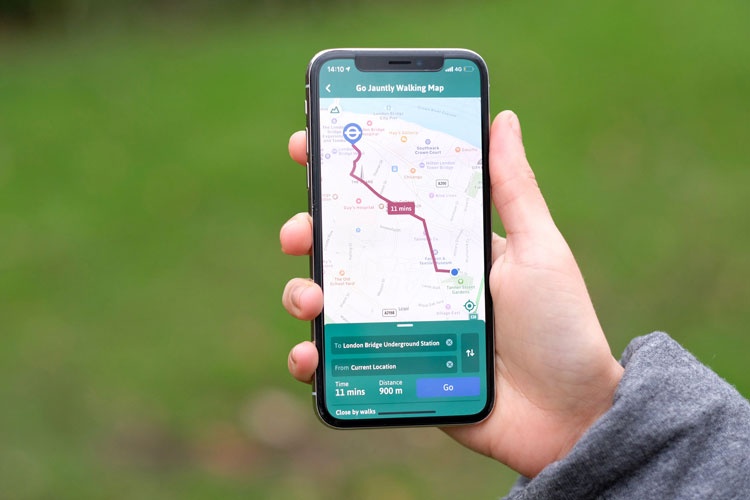 It also provides information about the time it would take to walk to a destination, offers directions, and gives live information on cycle hire availability, station accessibility and pollution levels.

The Capital Ring Walk and the Jubilee Walkway, parts of the TfL Walk London Network of “beautiful and interesting” walking routes around London and its suburbs, have also been included in the app with directions as part of the update.

Steve Johnson, Go Jauntly co-founder, says prior to the routes being incorporated into the app, “walkers would have to navigate using a PDF, which was difficult and left people missing out key parts of the routes.”

He hopes the update will encourage more people to try out the TfL walking routes, which he says make London “more accessible”, “promote an active lifestyle” and “reduce pollution from people taking alternative trips that avoid car emissions”.

In a bid to improve accessibility, wheelchair-friendly routes have also been included in the app, which users can filter by. The studio is currently testing audio-navigation features as it looks to make the app accessible to more people. 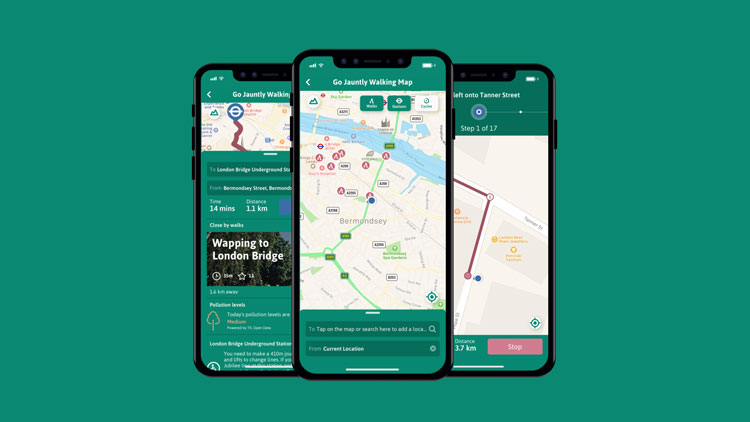 The app, which was first launched in 2017, also offers information about the area people are walking in, alongside photos.

As well as discovering existing routes, users can curate their own, add their own photos and share their creations with others.

Much of the app can be used for free, but there is also an option to pay for a subscription to access premium content which includes curated architecture walks, mindfulness walks and nature trails.

Speaking about the user experience (UX) of the app, Johnson says it was key to design something that was easy to use while out-and-about.

“Go Jauntly uses simple swipe gestures,” he says. “Full-screen photos and text describe each step of a route so that you don’t need to keep getting your phone out to follow it.” 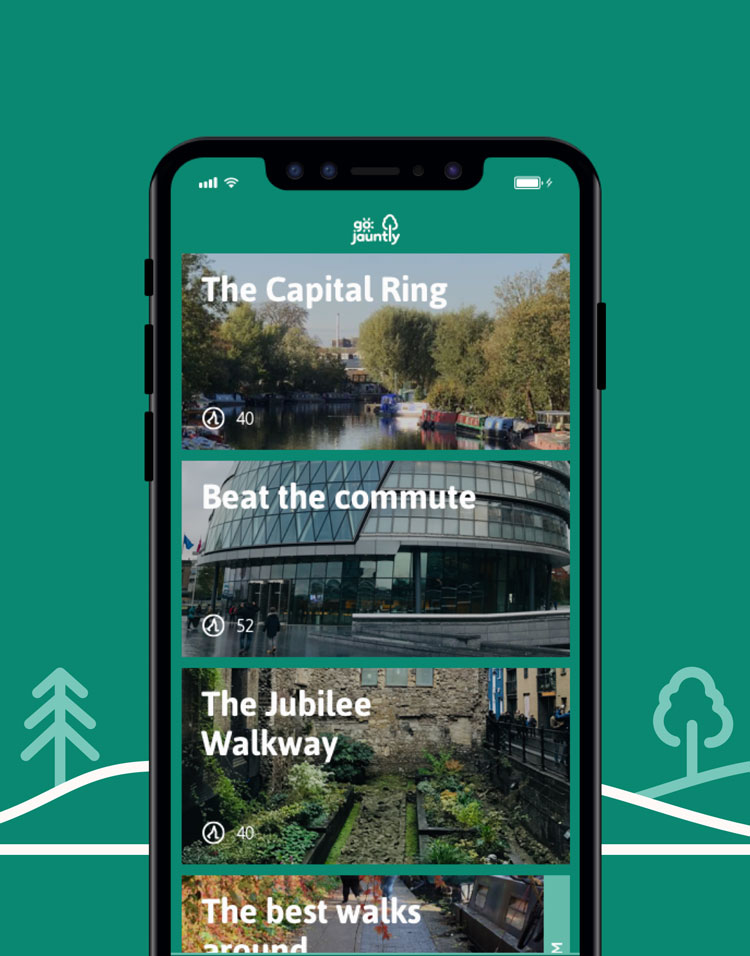 Users can also choose what the map does and does not show – for example, cycle hire stations can be displayed or hidden with a toggle.

The app secured financial backing from the Mayor of London after winning the Civic Innovation Challenge in October, an award given to technology firms tackling the capital’s environmental and social problems.

The app upgrades come in the midst of a major push by TfL and the Mayor of London to get more people walking as part of an ambition “to make London the world’s most walkable city”.

The aim is to increase the number of journeys people make on foot, by bike and by public transport to 80% by 2041, according to TfL.

Go Jauntly is available to download on iOS for free from the iTunes App Store. The app is not currently available on Android. 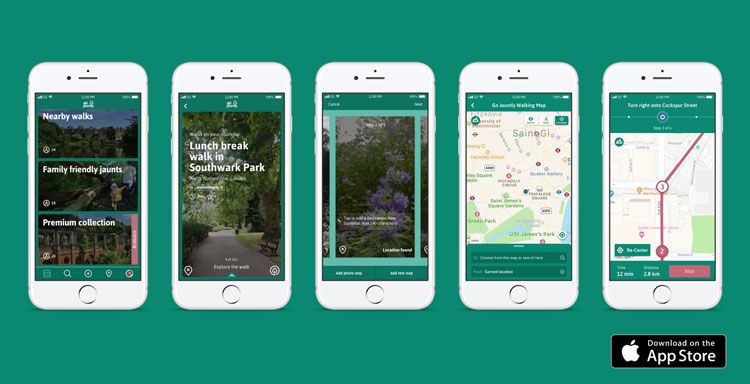 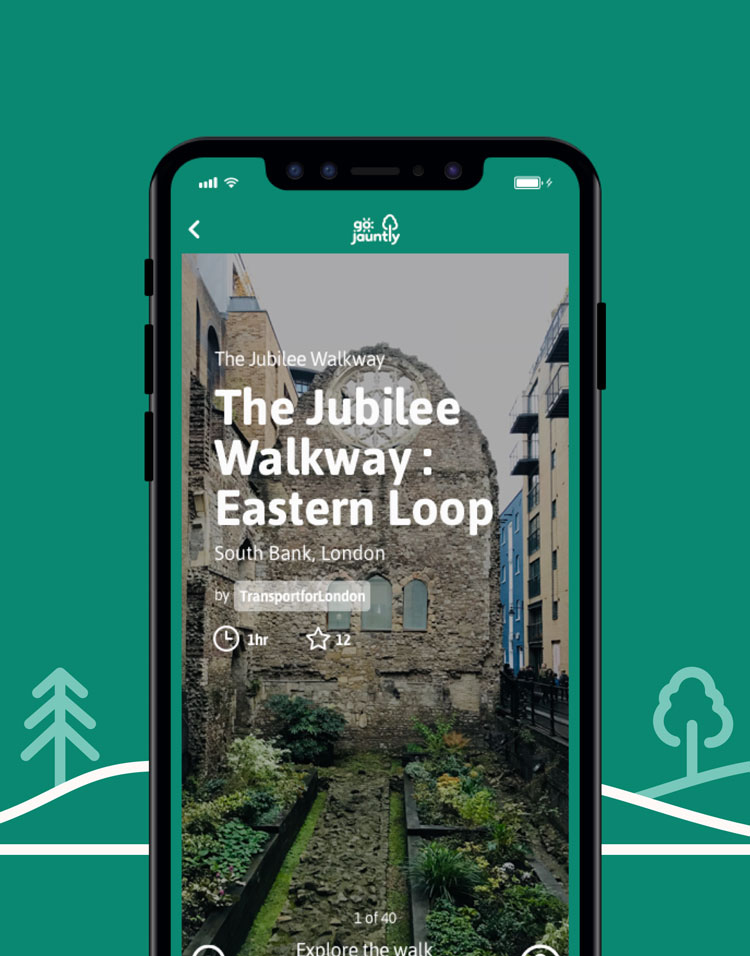