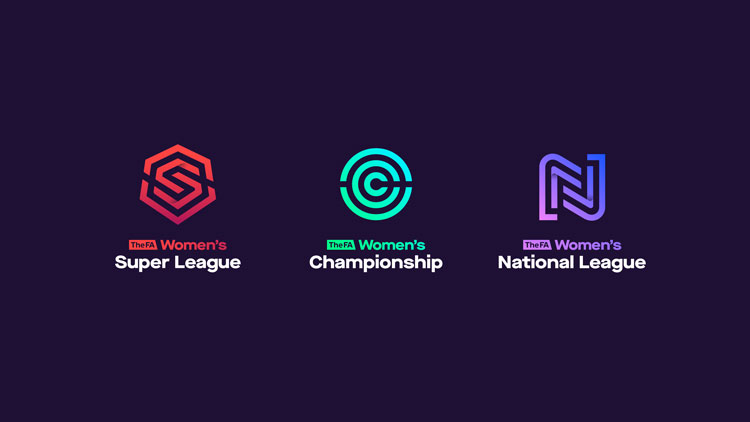 As the new women’s football season starts, a new visual identity for the sport designed by Nomad studio is being rolled out.

The studio has rebranded the top three tiers of Football Association (FA) women’s football, including the FA Women’s Super League which kicked off on Saturday, as well as the league cup competition.

The rebrand was part of an FA initiative to get more people watching and participating in women’s football, as well as unifying the women’s game, according to Nomad. This includes aiming to “double attendance figures” to Women’s Super League games by 2020.

Partner and creative director at Nomad, Terry Stephens, says they were “inspired” to get involved with the FA project after seeing the “surge in interest and the power that the game is delivering to many girls” at local football clubs.

They were keen to do something “different” for the women’s game, because although the laws are the same in women’s and men’s football, that is “where the similarities end”, says Stephens. 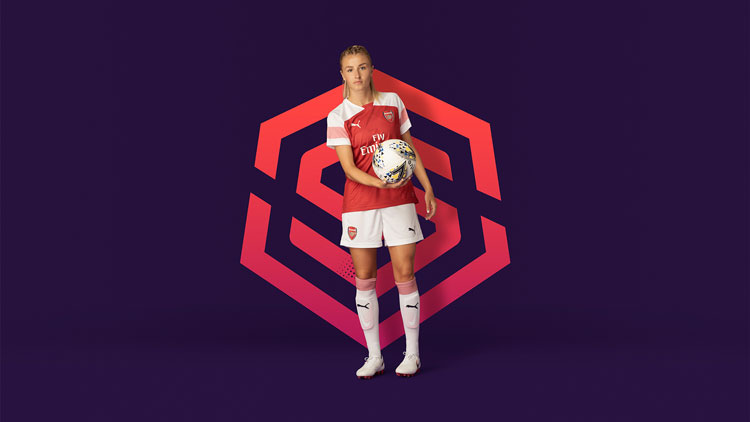 “We wanted to create something that didn’t look like a traditional football or sports brand, so we deliberately steered away from silhouettes of women, footballs and things like that,” he says. “It’s about creating something that girls would aspire to have on a t-shirt or school bag.”

Several research sessions were held among the core target audience of girls aged seven to 15, to see which designs would appeal to them.

“The thing that struck us is that their tastes were far more mature than we thought,” Stephens says.

“The vision was to create a halo brand – one look that covered all three leagues – and then give each one an individual character, so the three logos were designed in tandem.”

Each logo is a single letter made of multiple lines, using a changing gradient of colour tones.

The Super League logo is an “S” made up of red lines, reminiscent of a “superhero” symbol, as Stephens says the studio was keen for the top league of the football pyramid to have “superman” or “superwoman” connotations. A hexagonal shape with a single point at the top was chosen to represent that this is the “pinnacle of the league”.

The Championship logo is made of blue-green concentric circles around the letter “C”. The shape imitates a “springboard”, as the league is often seen as the “gateway into professional football” Stephens says. 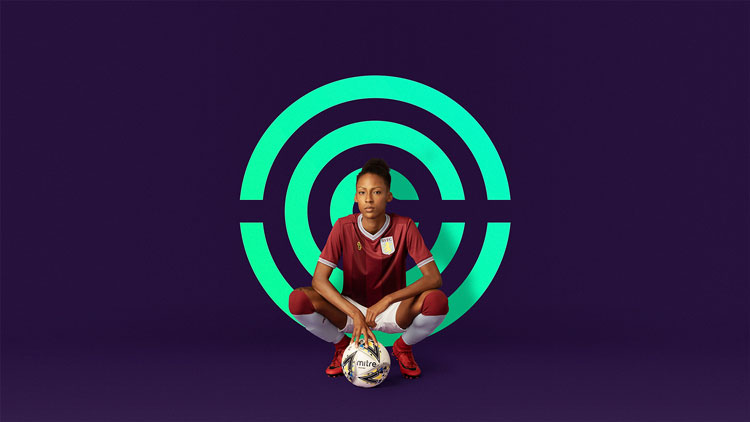 The Nation’s league logo is a blue-purple “N” with two interlocking sides representing the “comradery”, “community spirit” and “oneness that goes through the league”.

The colour palette aims to form a “family” of colours, but also be different enough from each other to help with wayfinding and communications. They generally appear against purple backgrounds which feature textured patterns.

The rebrand is part of a wider campaign about “the power of the game”, Stephens says.

“Football has so many amazing benefits and so many of them are often unseen or unspoken. The campaign is about discovering those benefits of women’s football,” he says, adding that part of the goal is encouraging more girls to get into football with the possibility of playing professionally. 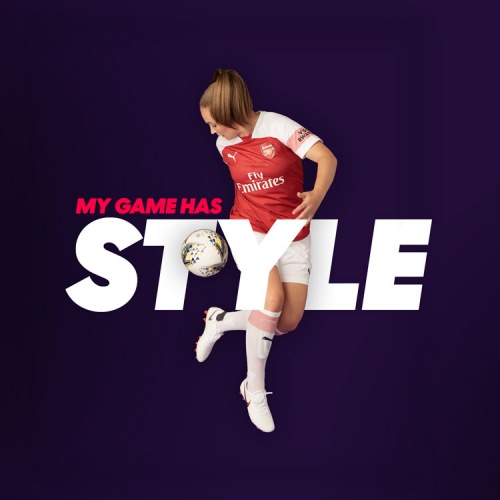 “As part of the campaign, there are direct quotes from players about what they get from the game, whether that is confidence, skills or friendship,” he says. “That is as meaningful to the grassroots as it is to the Arsenals or the Chelseas.”

The rebrand comes at a time when “more and more eyes are on the game”, as it coincides with the start of the new women’s football season with BT Sport showing more games, the BBC airing a round-up show, and some matches being streamed on Facebook.

The logo will appear on sleeve badges on team kits across the three tiers, across marketing and communications, on social media and online, and across merchandise.

The different leagues’ branding also appears in animated form, as part of a broadcast package that TV channels “can take and make their own”.

Photographs were also taken of players from Super League and Championship teams as part of the campaign, by photographer Stephanie Sian-Smith who plays football herself, according to Stephens.

All images courtesy of Nomad. 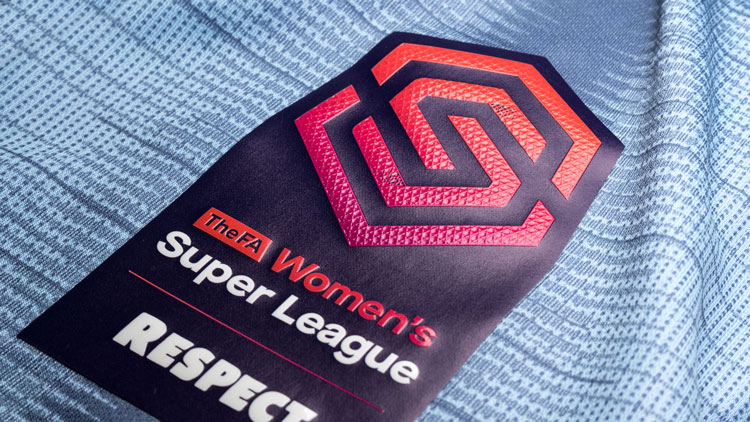 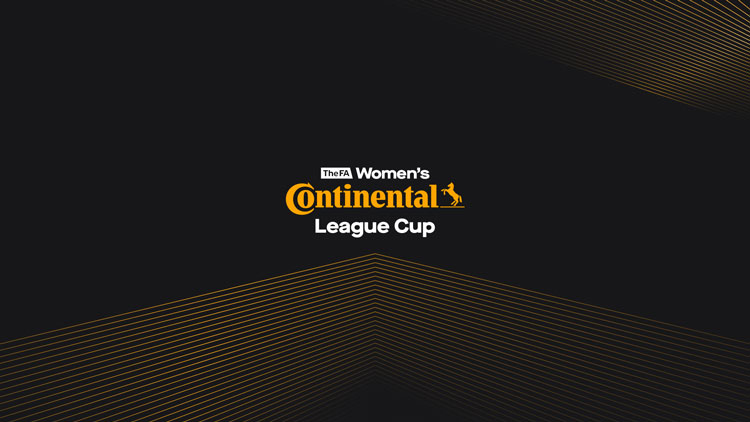 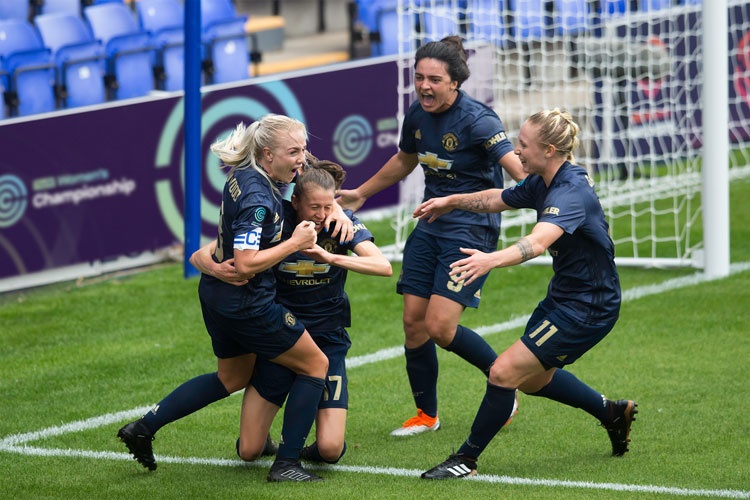 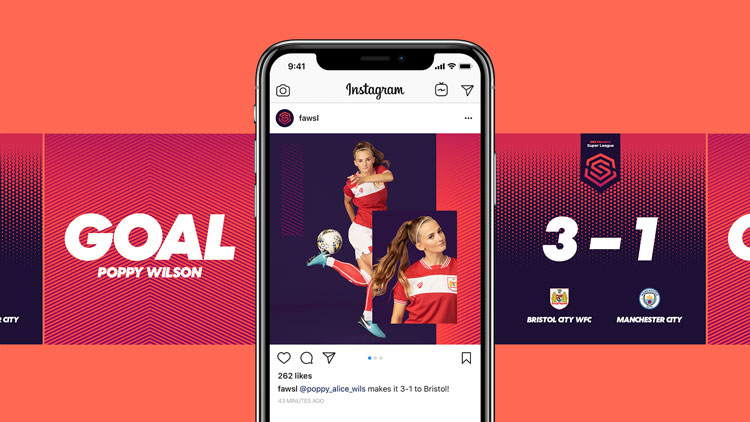 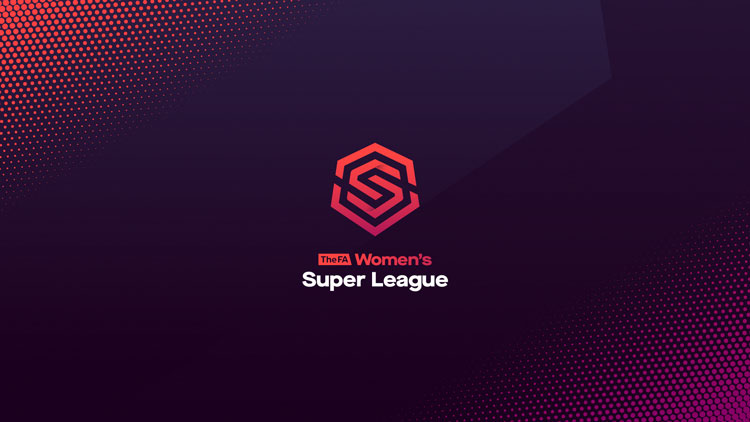