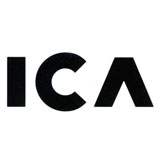 The Institute of Contemporary Arts is scrapping its visual identity – last revised by Neville Brody – and relaunching with an overhauled brand and website created by Spin.

Both the identity and the website, www.ica.org.uk, are due to launch in September. Spin was appointed to the project in May following a pitch against undisclosed consultancies.

According to Spin creative director Tony Brook, the intention is to give the ICA a more ‘impactful’ brand. ‘The existing identity is quite dry. The ICA wants a brand to place it on the map, [something] which is more welcoming to people,’ he says. The website is being redesigned to make it easier to use with clear, legible typography, he adds.

The revised brand identity is based on ‘molecule structures’ and is intended to reflect the different ‘interpretative elements’ of the ICA. It will replace the existing identity, which was previously ‘tweaked’ by Neville Brody in 2004 as part of a ‘brand language overhaul’, according to a spokesman for Brody’s consultancy Research Studios. The consultancy has worked on a variety of projects for the ICA since 2002, spanning exhibition, catalogue and book design.

Ekow Eshun was appointed as artistic director of the ICA last year, following the departure of Philip Dodd. The organisation is funded by Arts Council England. Guy Perricone is managing director.