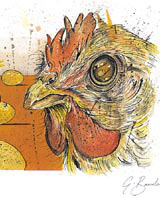 Toy development company Origin Products has launched a product design consultancy, Evolve, to work across a variety of industries including telecommunications.

Evolve, which began trading last week, will continue to work on Origin products, excluding the core Polly Pocket toy range. Products include those already in the marketplace, projects under development and an extensive back catalogue.

A second company, Polly Pocket Group, has been set up to focus on the Polly Pocket brand across all areas, including the design of products. It will work in collaboration with Mattel, which is the worldwide licensee for the brand.

Evolve, launched by former Origin staff Pete Cartlidge, Tim Rowe and Lucas Tyler, is working with toy companies Mattel and Hasbro among others. However, it wants to develop its involvement in other industries, says Evolve director Pete Cartlidge.

‘There are opportunities for a fast-moving concept-generation company working closely with distributors and vendors worldwide to exploit the market,’ he says.